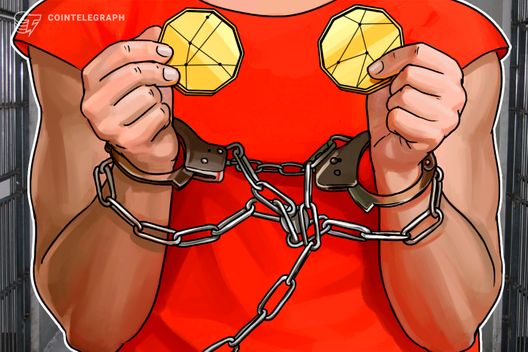 A U.S. citizen has pled guilty before a federal court to operating an unlicensed money transmitting business, in connection with his peer-to-peer Bitcoin sales.

A U.S. citizen has pled guilty before a federal court to operating an “unlicensed money transmitting business” via LocalBitcoins.com, according to a Department of Justice (DoJ) press release published Oct. 29.

The man, Jacob Burrell Campos, has reportedly admitted to “selling hundreds of thousands of dollars” in Bitcoin (BTC) “to over 1,000 customers” in the U.S. between Jan. 2015-April 2016, thus deemed to effectively be operating what the DoJ characterizes as an unregistered “Bitcoin exchange.”

Availing himself of the popular peer-to-peer platform LocalBitcoins.com, Burrell reportedly failed to register his business activities with the U.S. Financial Crimes Enforcement Network (FinCEN) of the U.S. Department of Treasury, and to apply due diligence (such as anti-money-laundering (AML) measures) on the sources of his clients’ funds.

According to the release, after advertising on LocalBitcoins, Burrell negotiated his Bitcoin sales at a commission of 5 percent above the prevailing rate, “often” using encrypted email or SMS apps to communicate with clients. He is reported to have accepted payment either cash in hand, through ATMs, or through MoneyGram.

Burrell further admitted that his account on an unnamed “U.S.-based, regulated” crypto exchange had been closed after coming under scrutiny for “suspicious” transactions. He then turned to a Hong Kong-based platform, through which he is said to have purchased $3.29 million worth in Bitcoin between March 2015-April 2017 in “hundreds” of individual transactions.

The press release lastly outlines that Burrell has admitted that he exchanged his U.S. fiat currency, which he stored in Mexico, with a San Diego-based precious metals dealer, Joseph Castillo. The latter has reportedly pleaded guilty to making a false declaration on his federal tax returns, for which he awaits sentencing Dec. 13.

Burrell and unnamed “others” are said to have daily imported over $1 million between late 2016 and early this year, in amounts just below the $10, 000 threshold at which the money would have to be declared.

Burrell will be sentenced Feb. 11 2019, facing a maximum sentence of five years behind bars. He has agreed to forfeit over $800,000 to the U.S. in his plea agreement.

“Unlicensed money transmitting businesses, especially those operating at or near the border, pose a serious threat to the integrity of the US banking system, and provide an ‘open door’ for criminals to utilize such businesses to launder the proceeds of their illicit activities.”

As reported this June, an L.A.-based trader, who acted under the pseudonym “Bitcoin Maven,” was prosecuted for running an unregistered multi-million dollar Bitcoin-fiat money transmitting business, also via a LocalBitcoins.com listing.