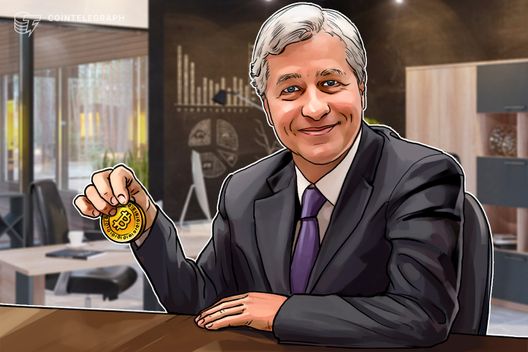 “I don’t give a sh*t about Bitcoin,” JPMorgan’s Jamie Dimon says, on the eve of the 10th anniversary of Nakamoto’s white paper.

On the eve of the 10th anniversary of the Bitcoin (BTC) white paper, Oct. 30, JPMorgan CEO Jamie Dimon found himself speaking yet again about the leading cryptocurrency, notwithstanding his track record of attempts to extricate himself from the debate.

As CNBC reported Oct. 31, Dimon made his “reluctant” comments at the Axios conference in Los Angeles on Tuesday. Referring to his now-notorious statement that Nakamoto’s invention is little more than a “fraud,” the CEO told the audience:

“I never changed what I said, I just regret having said it. I didn’t want to be the spokesman against Bitcoin. I don’t really give a sh*t, that’s the point. Blockchain is real, it’s technology, but Bitcoin is not the same as a fiat currency.”

As previously reported, Dimon’s circuitous history with Bitcoin dates back to September 2017, when his critical rhetoric caused a sharp fleeting dent to the asset’s price.

After pledging to keep silent on the matter, this January the CEO again became embroiled in Bitcoin talk, saying he regretted his earlier choice of words, all the while reaffirming his avowed indifference.

Despite its CEO’s ambivalence, senior figures within the banking giant have hinted at a potentially more receptive stance towards the crypto space, although the institution’s signals regarding crypto are resoundingly mixed.

In late September, JPMorgan expanded its blockchain-based payment platform to over 75 multinational banks, as part of a collective bid to stave off competition from outside of the banking sector.