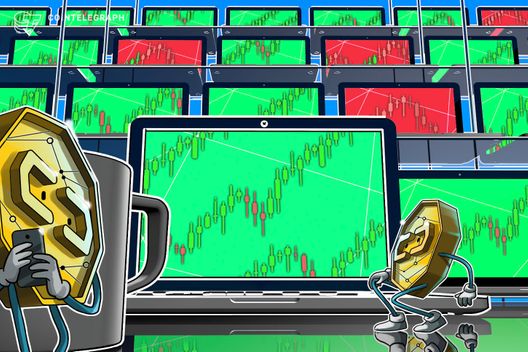 Bitcoin Cash has spiked 20 percent in the wake of an upcoming hard fork supported by now-second largest exchange Binance.

Sunday, Nov. 4: crypto markets have seen a lot movement today, with most of the top 20 coins by market cap seeing significant growth, and with Bitcoin Cash (BCH) spiking almost 21 percent by press time. 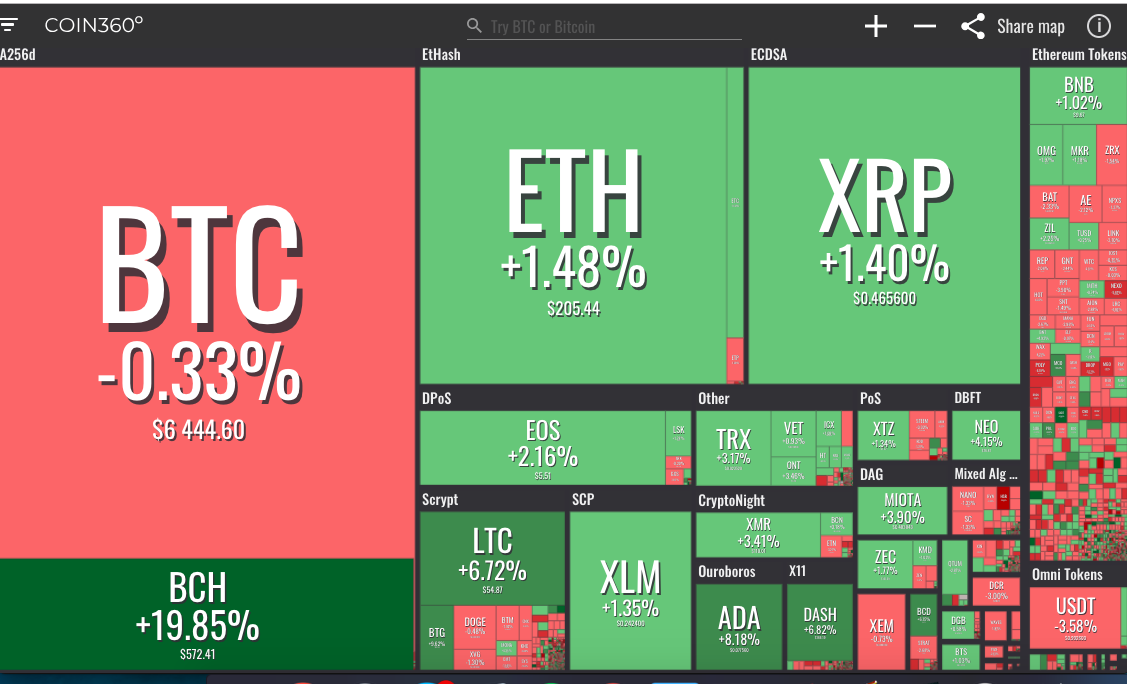 Bitcoin Cash, the fourth top cryptocurrency by market capitalization, has grown sharply from $473 at the beginning of the day to as high as $573 as of press time, which is the highest trading point of the cryptocurrency over the past month. Trading around $420 for the most part of the week, Bitcoin Cash started this upward trend on Nov. 2.

The fourth top coin is up around 30 percent over the past 7 days in the wake of the now-second largest global crypto trading platform Binance recent announcement of support for Bitcoin Cash’s upcoming hard fork.

While most top cryptos have seen an influx of gains, Bitcoin (BTC) is one of few coins that suffered some losses today. As of press time, the major cryptocurrency is down some 0.4 percent and trading at $6,327. The coin is down around 2.2 percent over the past 7 days, and Bitcoin’s dominance on the market has slightly dropped over the day from 53.3 percent to its current 52.5 percent.

Ethereum (ETH), the second cryptocurrency by market cap, is up almost 1.5 percent over the past 24 hours and trading at around $203 at press time. The coin is down around 0.7 percent over a 7 day period.

Total market cap has seen a significant rebound up to about $209 billion at press time. Earlier this week, the total capitalization of crypto markets had dropped to as low as $201 billion. Daily trade volume has seen a sharp spike from yesterday’s $10 billion, amounting now to $13 billion.

Other altcoins that have seen sufficient growth today are Litecoin (LTC), Cardano (ADA), and Dash (DASH). All the coins are up more than 7 percent over the past 24 hours, and trading at $55, $0.08, and $166 respectively at press time.

Another coin that has experienced some losses on the day along with Bitcoin is NEM (XEM), which is down around 0.6 percent and trading at $0.09 at press time.

Major global crypto exchange Binance had confirmed on Nov. 2. they will support the upcoming Bitcoin Cash hard fork, which will take place when “the median time past [1] of the most recent 11 blocks (MTP-11) is greater than or equal to UNIX timestamp 1542300000.”

The exchange notified its users that deposits and withdrawals of Bitcoin Cash will be suspended starting on Nov. 15, claiming that users should leave enough time for deposits to be processed in “full prior to this time.”