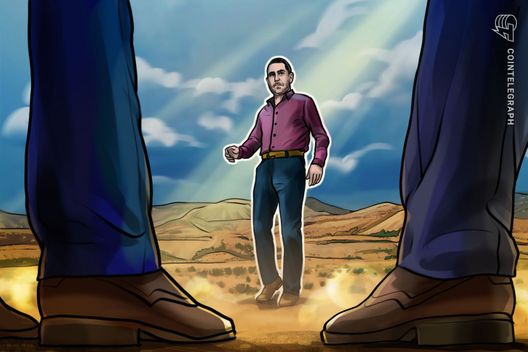 On November 2, details of a crypto lawsuit featuring major industry players: Bitcoin Foundation founder Charlie Shrem on one side, and the Winklevoss twins on the other, were made public. The case alleges that Shrem “stole” around 5,000 Bitcoin (BTC) from Tyler and Cameron Winklevoss in 2012.

Brief introduction to both sides of the conflict

Charlie Shrem is an American entrepreneur and renowned Bitcoin advocate. He started investing in Bitcoin in 2011, when he was a college senior. Later the same year, he co-founded the now-defunct BitInstant, one of the first crypto exchanges. The service turned out to be profitable “almost from day one,” as per an article in the Verge.

Through 2011-2012, BitInstant received a couple of major investments, including a $1.5 million stake from a group of investors led by Winklevoss Capital Management. Meanwhile, Shrem became a founding board member of Bitcoin Foundation, the trade association that promotes cryptocurrency.

In July 2013, BitInstant was hit with a class-action lawsuit for “false representation of service.” The company reportedly filed a motion to dismiss it, but several days later, the exchange was closed. According to a blog post (which is no longer available but is cached here), it went offline “to improve the code based on trends [the company] noticed.”

On Jan. 26, 2014, Shrem was arrested at JFK Airport in New York. He was then found guilty of conspiring to launder $1 million worth of BTC, to help users of the Silk Road marketplace anonymously make illegal purchases, namely drugs. On April 10, 2014 he was indicted on accusations of “operating an unlicensed money transmitting business, money laundering conspiracy, and willfully failing to file suspicious activity reports with banking authorities.” On Sep. 4, 2014, he pleaded guilty to a reduced charge of aiding unlicensed money transmission, was ordered to pay $950,000, and sentenced to two years in prison. He was released from federal prison in Pennsylvania around June 2016.

Since his release, Shrem has been involved with a number of crypto-related projects, including, among others, a Dash-branded and Dash-accepting debit card, a multi-coin, multi-platform cryptocurrency wallet, and an advisory firm that helps clients trade in digital assets.

Tyler and Cameron Winklevoss, in turn, are American internet entrepreneurs, most famous for co-founding HarvardConnection (currently known as ConnectU) and suing Mark Zuckerberg, for allegedly stealing their idea to create a Facebook-like social network site. This case ultimately landed them $65 million, and the brothers invested $11 million of their payout into BTC in 2013, allegedly amassing one percent of the entire currency’s dollar value equivalent at the time.

Most notable crypto projects led by the Winklevoss include Winkdex — a financial index that tracks the price of Bitcoin launched in 2014 — and Gemini — a crypto exchange that received regulatory approval from the New York State Department of Financial Services in October 2015.

In December 2017, the Winklevoss brothers became Bitcoin billionaires due to the large investments into the cryptocurrency made in the past.

Details of the case: two Maseratis, a $2 million house in Florida, and two unhappy business partners

The details of the lawsuit, which were reported by the NYT on November 2, suggest that Shrem “helped get the brothers interested in Bitcoin in 2012 and became their first adviser in the young industry.”

More specifically, the Winklevoss twins allegedly gave Shrem $750,000 to buy BTC for them “from other deep-pocketed investors.”

“A few months into this partnership,” the brothers claim, they realized that Shrem had not given them back all the Bitcoin they were owed. Thus, while Winklevoss gave Shrem $250,000 in September 2012, he delivered back only around $189,000 worth of BTC at the going price, which was around $12.50, according to court documents. The brothers were missing $61,000 worth of BTC — roughly 5,000 coins, as per the price at the time — and have not been repaid since, they claim.

After asking Shrem “numerous times” for an accounting of the BTC he had purchased for them, the Winklevii eventually turned to an accountant who documented the missing funds, the lawsuit details suggest. Specifically, the enclosed court documents feature an email Cameron Winklevoss purportedly wrote to Shrem in 2013:

“I have been patient, and at this point it’s getting a bit absurd […] I don’t take this lightly.”

In a post-prison interview with WNYC Studios, Shrem claimed he had little funds left after release. Specifically, he said he worked as a dishwasher and owned just a few BTC, which he didn’t hold because “he can’t speculate with [his] rent”. Nevertheless, the lawsuit mentions some flamboyant purchases, which turned out to be the last straw for the Winklevoss twins. Cameron Winklevoss told the NYT:

“When he purchased $4 million in real estate, two Maseratis and two powerboats, we decided it was time to get to the bottom of it.”

The news outlet additionally states that Shrem’s acquisitions include “a $2 million house in Florida.”

The brothers hired a private investigator, who reportedly traced the stolen funds on the blockchain. He allegedly discovered that 5,000 BTC were transferred in 2013, through addresses “associated with Mr. Shrem” and onto Xapo and Coinbase wallet services.

“Either Shrem has been incredibly lucky and successful since leaving prison, or — more likely — he ‘acquired’ his six properties, two Maseratis, two powerboats and other holdings with the appreciated value of the 5,000 Bitcoin he stole from” the twins during their business agreement in 2012, the case brought to court claims.

Judge has already accommodated some of Winklevoss’ demands, Shrem “plans to quickly clear his name”

Interestingly, the same judge who imposed Shrem’s sentence in 2014 — Jed S. Rakoff, a judge in the Federal District Court for the Southern District of New York — was appointed to the fresh case.

According to the NYT article, Judge Rakoff has already approved the Winklevoss brothers’ application to freeze any funds that Shrem holds with Xapo and Coinbase, as he supposedly held the assets on those wallet services. Moreover, Judge Rakoff wrote in his order that Shrem had “evidenced an intent to frustrate the collection efforts of his creditors.”

For now the court fight seems to be in favor of the Winklevoss twins, who seem determined to see Shrem prosecuted again.

Meanwhile, Shrem’s lawyer, Brian Klein, believes that claims made by the Winklevoss twins are unfounded. He said in a statement quoted by the NYT:

“The lawsuit erroneously alleges that about six years ago Charlie essentially misappropriated thousands of Bitcoins […] Nothing could be further from the truth. Charlie plans to vigorously defend himself and quickly clear his name.”

Cointelegraph has reached out to Charlie Shrem and his lawyer for further comment, but both have not replied to date.