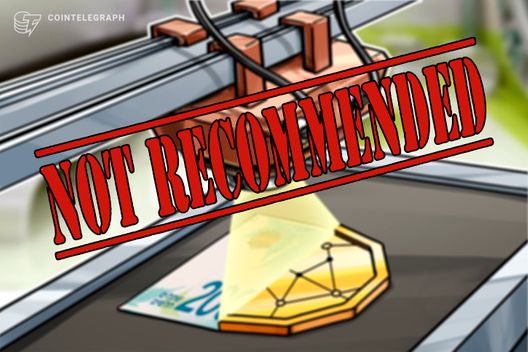 A dedicated focus group says that Israel’s central bank should “continue examining the field” prior to making a firm commitment in releasing a digital currency.

An Israeli study group exploring digital currency options has recommended that the country’s central bank not issue its own token, a press release confirmed Nov. 6.

The interdepartmental team, set up in November 2017 by the governor of the Bank of Israel to “examine the issue of central bank digital currencies [CBDCs],” revealed its findings in a full report this week.

“Central banks around the world are examining the possibility of issuing digital currency and/or using distributed technologies in the payment systems, but no advanced economy has yet issued digital currency for broad use,” it summarizes, adding:

“The team does not recommend that the Bank of Israel issue digital currency in the near future. It is necessary to continue examining the field and to follow developments around the world before there are proper grounds for a decision to recommend issuing digital currency.”

The result comes as little surprise for the banking sector, multiple jurisdictions including the European Union similarly deciding this year that the atmosphere was not conducive to launching a central bank digital asset for the time being.

In a communique in September, the European Central Bank highlighted the continued popularity of cash and a lack of full risk assessment as key factors behind its decision.

However, a Cointelegraph analysis of the possibilities for CBDCs showed that the People’s Bank of China (PBoC) has been actively looking into the technology, as well as the Bank of Canada and Sweden’s central bank.

Israel has continued to adopt a proactive approach to cryptocurrency more generally this year, with the Supreme Court in February preventing banks from deliberately jettisoning ties with industry businesses.