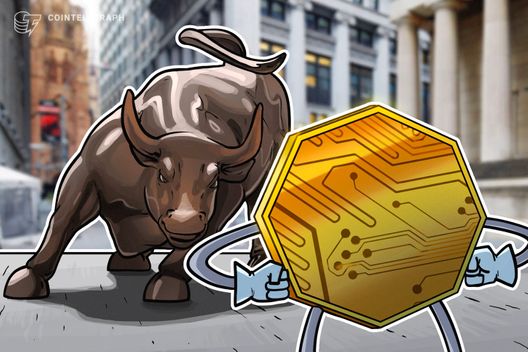 Binance cryptocurrency exchange CEO Changpeng Zhao said that the company is not concerned over low trade volumes caused by the current market slump, according to an interview with CNBC Africa posted on YouTube Nov. 8.

Speaking on CNBC Africa’s “Crypto Trader” show, Changpeng Zhao — also known as CZ — said that the exchange is not worried by a volume drop of almost 50 percent since last month, when the market became “very stable.”

According to Zhao, Binance currently has one tenth of the trading volume it did in January 2018, but is still trading far above the volumes the exchange had “two or three years ago.” The business is “still profitable,” Zhao said.

When asked if Binance is still opening new accounts “at an accelerating rate,” Zhao said that the exchange is still signing up new users, but not as much as in January or February, which was “a very crazy period.”

In terms of the amount of cryptocurrency that Binance holds, Zhao stated that it is increasing very steadily, especially for Bitcoin (BTC) because “it is a constant volume coin.” Moreover, the exchange is seeing an increase of customers depositing BTC. Zhao also suggested that markets are experiencing a slow down period.

The decrease in the trading volume leads to prices stabilization, Zhao stated, and when people trade less, they usually shift coins to their wallets. However, Binance has seen the opposite. “When we see an increase in BTC holdings over time, that means that most likely people are not moving BTC to us,” he said.

Speaking about possible catalysts for market movement, Zhao said that he has no answer since “it is very hard to predict which one would be the trigger,” although he said he would bet on the entrance of institutions into the industry, as they will ostensibly bring more stable and regulated coins.

In October, investor and digital currency advocate Mike Novogratz predicted that institutional investors will start entering the market in the first or second quarter of 2019, which will result in new highs for the BTC price. Prior to that, Novogratz stated that the cryptocurrency market had found its bottom. “Bitcoin has held $6,000. Yes, it is off its highs, but it has established itself as a store of value,” he said.