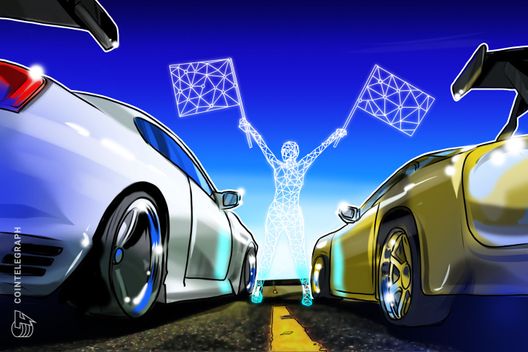 The platform, dubbed Kaleido Marketplace, reportedly “eliminates 80 percent of the custom code” needed to build a given blockchain project by providing an array of full-stack tools and protocols that are “plug-and-play,” spanning needs from back-end development to front-end app user interfaces.

According to the press release, Marketplace clients can access native integrations with AWS cloud, as well as swiftly implement solutions such as “HD wallets for privacy and ID registries for organizational identity, as well as industry products such as Chainlink for smart contract oracles, Viant for supply chain management, OpenLaw and Clause.io for real-time legal contracts,” and others.

Kaleido founder and CEO Steve Cerveny has emphasized that offering a “whole cloud of blockchain technologies” for clients is important given that:

“[…] only about 10 percent of an enterprise blockchain project is the blockchain itself. There are many other application, data and infrastructure components required to go into production.”

Komgo CEO Souleïma Baddi has similarly emphasized that the ease of selecting from an array of the most suitable protocols in development across the Kaleido ecosystem can help to optimize solutions and “deliver production ready products for a large number of participants at a very fast pace.”

As reported in May, Kaleido is one of the emerging ventures supported by Joseph Lubin’s blockchain incubator ConsenSys and is based on the Ethereum (ETH) network. Lubin has previously said of Kaleido that it can help make Web 3.0 “radically simple” for enterprises.

Before its latest partnership with Kaleido, in April AWS released its own blockchain frameworks for Ethereum and Hyperledger Fabric, allowing its users to build and manage their own blockchain-powered decentralized applications (DApps).