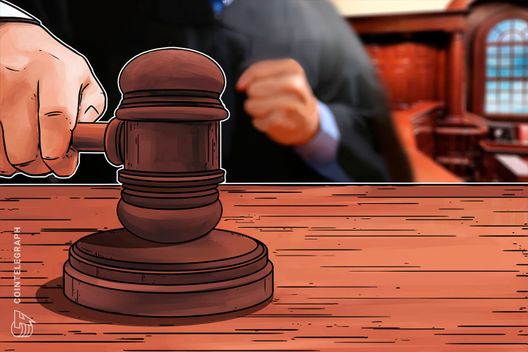 A Swedish man was sentenced to six and a half years in prison after sending a bomb to employees of the Cryptopay Bitcoin wallet, debit card service, and exchange platform.

A Swedish court has sentenced a man to six and a half years in prison after he sent a “potentially lethal homemade bomb” to a U.K.-based crypto firm, BBC reports today, Nov. 9.

Jermu Michael Salonen, 43, faced several charges in the Stockholm District Court, including sending a bomb to Cryptopay employees in London, and mailing a white powder to Swedish politicians — including the prime minister.

Salonen was allegedly attempting to take revenge on the firm for refusing to change his password on the Cryptopay platform in August 2017. As BBC reports, Cryptopay refused the request, as such a change would contravene company policy.

Salonen sent an explosive device in a padded envelope addressed to two Cryptopay employee’s in Hackney, London in November 2017, and the package was delivered to an accounting firm previously used by Cryptopay.

Several months later in March 2018, a worker at the office began opening the package, but stopped when he became suspicious of the contents. The package was referred to the Met Police Counter Terrorism Command who forwarded DNA information from the bomb to Interpol, alerting Swedish authorities to Salonen’s activities. According to BBC, Salonen was already known to Swedish police.

Founded in late 2014, Cryptopay is a Bitcoin (BTC) wallet, debit card service, and exchange for U.K. and European Union clients. Cryptopay co-founder George Basiladze told Cointelegraph that the firm had changed offices a “few months before the parcel was delivered.” No one was hurt in the incident, and “none of [Cryptopay’s] employees have ever worked at that address.”

Following the recent news, Cryptopay subsequently tweeted that resetting a password is “no problem,” in case it is forgotten: 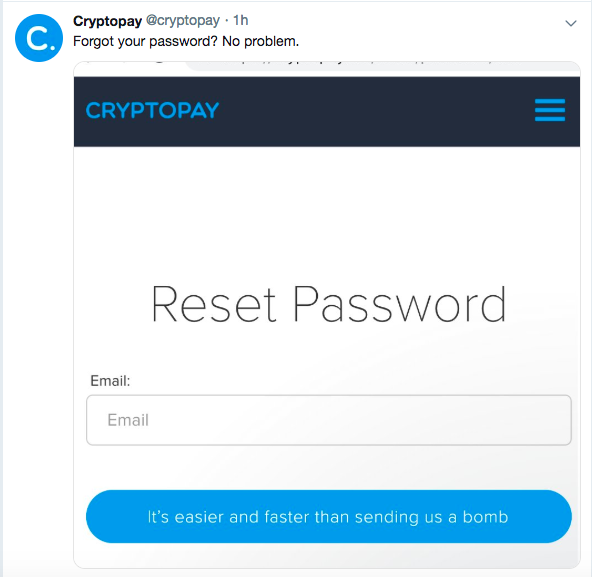 On Oct. 31, a number of firms in Amsterdam faced another case of crypto extortion by email, with an anonymous individual threatening an attack with hand grenades if they did not send 50,000 euro ($57,000) to his Bitcoin wallet.

Earlier this year, Cointelegraph reported that Russian crypto blogger and trader Pavel Nyashin has been found dead in his apartment in Saint Petersburg. Nyashin had been previously assaulted, when attackers stole around $425,000 in cash after he boasted of his crypto wealth online. While an investigation was opened subsequently in May, there is still no news on the matter.