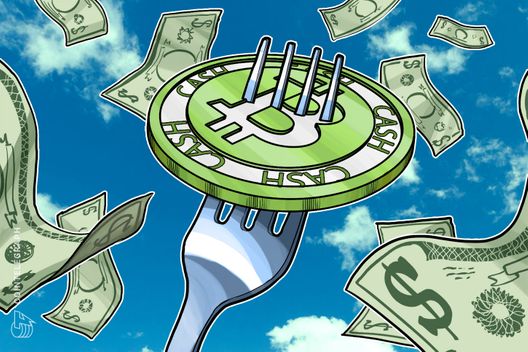 The split comes as a result of Ver and Wright, among other figures attached to BCH, disagreeing over the coin’s future, with those disagreements becoming increasingly public and strongly-worded in recent weeks.

On Thursday, Nov. 8, tempers appeared to boil over, Ver releasing what appeared to be a screenshot of an email sent to him by Wright during a video about this “thoughts” on the hard fork.

In the alleged email, Wright claims Ver “hates Bitcoin” and describes him as his “enemy,” before ending with a thinly-veiled threat.

“I AM Satoshi,” he writes, repeating his controversial assertion about being the creator of Bitcoin itself. The letter continues dramatically:

“Have a nice life. You will now discover me when pissed off.”

While Wright has yet to comment on the validity of the email, rhetoric has continued to come from his Twitter account, certain posts capturing the imagination of online commentators.

Summarizing his feud with Ver, the analyst known as Ray[Redacted] highlighted further accusations by Wright that both Ver and Bitmain CEO Jihan Wu, who also supports ABC, wanted to promote child pornography.

“This is the ONLY real use case they have and it is not happening!” Wright wrote on Twitter Thursday.

At press time Nov. 9, the anger continued, Wright adopting a curious tone about his own BCH faction, describing it as “not tolerant” of alternative proposals.

“ABC care about many coins and experiments. We (SV) care ONLY for the original version of Bitcoin,” he tweeted, adding:

BCH/USD has dropped more in the past 24 hours than any of the top ten altcoins, losing 4.8 percent to trade around $570.