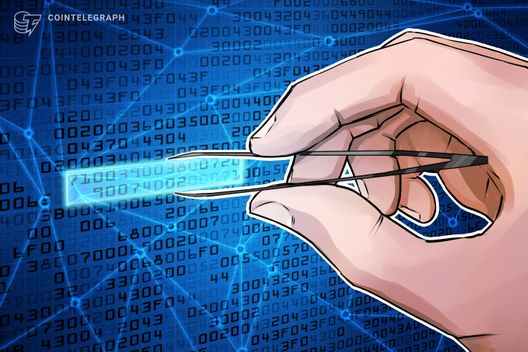 Xerox was awarded a patent by the U.S. Patent and Trademark Office for a blockchain platform that can track amendments made to electronic documents.

The U.S. Patent and Trademark Office (USPTO) has awarded Xerox a patent for a blockchain-driven auditing system for electronic files, according to a patent filing published Nov. 13.

Xerox — known for its eponymous  printing and digital copying appliances — first filed the patent in August 2017. The patent describes a blockchain-based system for the secure recording of revisions made to electronic documents.

The technology offered by Xerox can supposedly detect whether a file has been altered and tracks the history of changes made. Owing to the decentralized verification mechanism, the system thus becomes resistant to tampering, the filing states.

Explaining the technology behind the patent, Xerox describes a series of blockchain nodes that may approve or dismiss each amendment made. The filing also implies that the management network will alert its users whenever a particular node fails to approve the document or the content differs from its verified version.

Xerox believes that the newly patented technology can be used to audit electronic files in many areas, such as medical and financial records, tax papers, and educational documents. The filing specifically mentions criminal investigation records, such as interview notes, crime scene photos and DNA test results that must be protected from alterations and tampering.

In 2016, Xerox filed a similar patent., aiming to create a blockchain-based timestamp protocol for data such as copies or pictures. According to the filing, the company wanted the marks to be irrevocable, meaning that data bearing such a mark could be submitted in court as evidence.

IBM has filed over 90 blockchain patents, the most recent of which aims to use blockchain technology to aid scientific research and provide a record of its results.