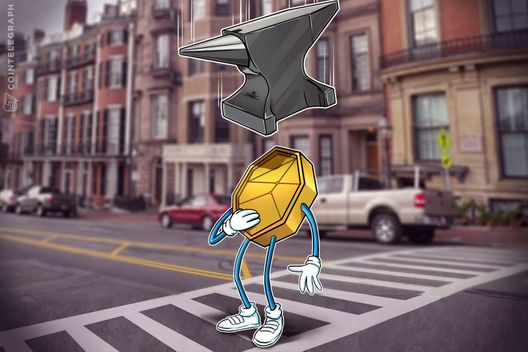 ‘Weird and strange’ trading around hard forks means the current volatility in crypto markets is nothing unusual, says CoinShares CSO.

Institutions “taking money off the table” was a major factor contributing to Bitcoin’s (BTC) and altcoins’ sudden price drop, the CSO of CoinShares told CNBC Nov. 14.

Speaking on the network’s Fast Money Segment, the cryptocurrency exchange-traded products firm’s Meltem Demirors said volatility was a given in the run-up to the Bitcoin Cash (BCH) hard fork.

“Any time there are hard forks things tend to trade weird and strange, so I think people are trying to take some risk off the table,” she explained.

Markets began tumbling Wednesday, Cointelegraph reported at the time, with losses continuing at press time to see Bitcoin shed over 12 percent against the U.S. dollar.

While many social media commentators were quick to blame events surrounding Bitcoin Cash, Demirors also noted that upcoming changes in the short term would likely improve the situation.

“There are a number of exciting events coming up,” she said, highlighting the launch of Intercontinental Exchange’s (ICE) – the operator of the New York Stock Exchange (NYSE) – Bakkt platform due Dec. 12 and Fidelity Investments’ crypto-custody service in January.

Turning to altcoins, Demirors meanwhile noted the lack of trade volume meant that even the larger assets by market cap were “in the midst of a liquidity crisis.”

“I think now we’re at a point where projects are running out of money… we’re going to see consolidation and some of these assets will inevitably get marked to zero,” she added.

The ongoing market turbulence has seen Ripple (XRP) displace Ethereum (ETH) as the largest altcoin once again Wednesday, holding its place by press time, repeating a switchover that has occurred several times this year.