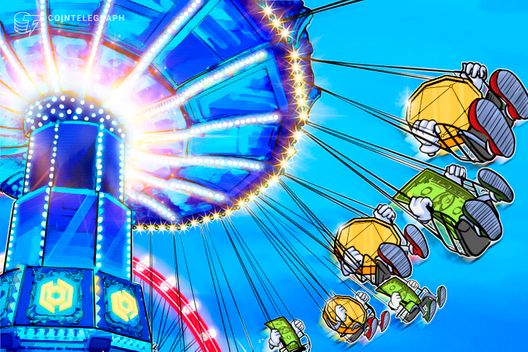 A blockchain network which can handle 40 million transactions per second is seeking to attract large enterprises – aiding mainstream adoption of the technology.

A blockchain/DAG hybrid platform has unveiled bold plans to entice businesses to use its technology – and says its “unprecedented speed, scalability and security” has the potential to benefit enterprises that handle a high frequency of transactions.

BEXAM initially intended to serve the cryptocurrency market as a hybrid exchange which used a unique algorithm to deliver the best features of centralized and decentralized platforms alike.

However, the startup has decided to refocus its proposition after receiving glowing feedback about its technology – moving away from the congested exchanges sector to capitalize on its infrastructure, which delivers block times of 0.2 seconds and can handle an estimated 40 million transactions per second.

The team behind BEXAM says that, at present, enterprises have been faced with an unpleasant dilemma. Opting for a centralized platform means they run the risk of being exposed to security vulnerabilities, but decentralized alternatives have had the disadvantage of being sluggish – with slow speeds and the lack of scalability making them impractical for use on a major level.

BEXAM plans to offer tailor-made solutions to enterprise-level businesses – and firmly believes that blockchain has the potential to become the beating heart of mainstream society.

Its executives believe that targeting larger companies will create a trickle-down effect where blockchain becomes increasingly relevant. By exposing greater numbers of entrepreneurs to its potential, and proving what the technology has to offer, BEXAM thinks “relevant, everyday uses of blockchain [will] emerge more and more.”

A rethink of its organization has resulted in a rebrand – with a new logo and a refreshed website that informs visitors of its objectives for the future.

Explaining the bold decision to move away from its original plans, the company wrote in a blog post: “Exchanges were available left and right, and while our technology was definitely significant, there weren’t many other distinctive factors to put us above the rest of the competition.

“If we threw ourselves into the sea of exchanges, we would only get swept away and our technology’s potential would never truly be revealed.”

Despite the change in focus, BEXAM stresses it will welcome startups “with a similar philosophy and desire to build applications” using its platform.

According to the company, the dizzying speeds that BEXAM’s network is capable of achieving are thanks to a consensus algorithm known as Proof of Rounds (PoR,) which was developed by a Japanese engineering team.

BEXAM’s PoR algorithm generates blocks in order rather than at random, and functions based on a hierarchy of Master Nodes, Super Nodes and Normal Nodes. It also optimizes node productivity as a result of allocating hierarchal jobs/specializations to nodes.

DAG stands for “directed acyclic graph” – and according to BEXAM’s white paper, the network structure of this distinctive technology means that “the number of nodes in each layer increases automatically, allowing information to be transmitted without major speed reduction.”

BEXAM has provided a table which compares the maximum number of transactions per second it can handle to other systems. While Bitcoin can manage 7 TPS and Ethereum musters 20 – with mainstream rivals such as PayPal and VISA managing 450 and 56,000 TPS respectively – BEXAM’s algorithm can handle 40 million.

The Proof of Rounds algorithm was devised by a development company known as Early Works, and BEXAM has an exclusive partnership agreement to build a platform based on this concept.

A token which is native to BEXAM’s ecosystem, known as BXA, will serve as a way for enterprises to pay network usage fees and transaction fees.

A private token sale for BXA is taking place from Nov 19 to 29, with a public IEO sale to be announced soon.