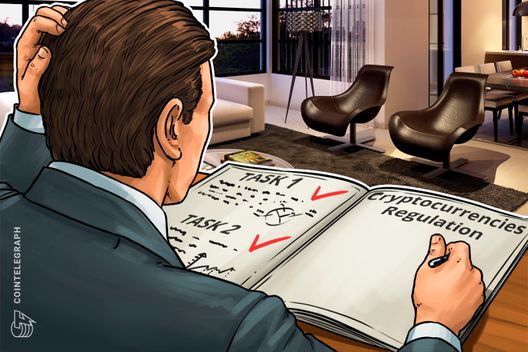 The cryptocurrency market crash has eased pressure on the U.K.’s financial regulator to introduce hasty new rules for the sector.

The cryptocurrency market crash has eased pressure on the U.K.’s financial regulator to introduce hasty new rules for the sector, Reuters reported Nov. 20.

As Reuters outlines, the U.K.’s Financial Conduct Authority (FCA) had been pressed to expedite new regulation for the rapidly growing crypto space, raising the risk of a heavy-handed approach that could impede investment and stifle development.

Now that the sector has settled, government officials and FCA representatives indicate they will be taking more time to fine-tune the balance between investor protection and fostering financial innovation.

“We want to take the time to look at that in a bit more depth and make sure we take a proportionate approach.”

British regulators reportedly told the conference they are analyzing over 2,000 crypto assets to see whether they can be regulated under existing rules before considering whether reform might be necessary.

Christopher Woolard, the FCA’s executive director for strategy and competition, is quoted as saying that the FCA is working to better define the contours of existing and prospective regulation, underlining that there remain many “grey edges” in the present situation.

According to Woolard, the FCA will consult by the end of 2018 to “clarify which cryptoassets fall within [its] existing regulatory perimeter, and those cryptoassets that fall outside.”

He added that the U.K.’s finance ministry would then work with the watchog to decide whether that perimeter itself may need “shifting.” While acknowledging the need for national action, Woolard reportedly underscored that ultimately, international cooperation would be needed for adequate regulation of the space.

In his own speech at the conference, Woolard said that the FCA would also consider a ban on crypto contracts-for-difference (CFDs), noting concerns over retail customers being sold “complex, volatile and often leveraged derivatives products based on exchange tokens with underlying market integrity issues.”

In a statement released late October, the FCA had said it would be launching a consultation in the first quarter of 2019 on whether to ban the sale of crypto-based derivatives in the future.

Also in late October, the U.K. government’s Cryptoassets Taskforce – which includes representatives from the FCA, the U.K. Treasury and the Bank of England – published a report proposing a new three-fold classification for cryptoassets, depending on their use cases.