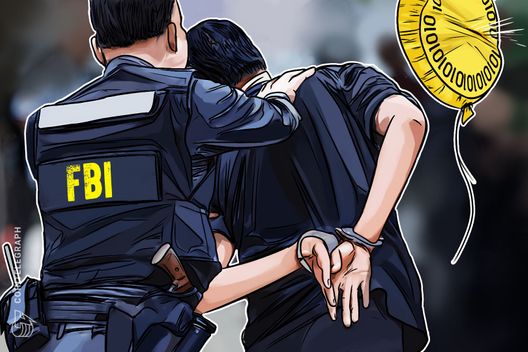 Texas: the CEO of a “decentralized bank” crypto firm accused of defrauding investors out of over $4 million was arrested by the FBI.

The CEO of cryptocurrency firm AriseBank was arrested by the FBI Nov. 28 on charges of defrauding hundreds of investors out of over $4 million. The news was reported in a release from the U.S. Attorney’s Office for the Northern District of Texas, published on the U.S. Department of Justice (DOJ)’s website Nov. 28.

The arrested CEO, 30-year old Jared Rice, Sr., was previously the subject of a civil action filed by the U.S. Securities and Exchange Commission (SEC)’s Fort Worth regional office in February, and was indicted on three counts of securities fraud and three counts of wire fraud for the same cryptocurrency scheme.

Prior to that, in late January, Texas regulators had issued an unconditional Emergency Cease & Desist Order to the self-described ‘cryptocurrency bank,’ ordering it to halt any services to the state’s residents, given it was found to not in fact offer “banking services.”

The court documents, unsealed yesterday by attorney Erin Nealy Cox, give details of Rice’s AriseBank scheme, which he reportedly pitched as the world’s “first decentralized banking platform.” Rice is alleged to have falsely claimed that his Initial Coin Offering (ICO) for AriseBank’s proprietary digital token, AriseCoin, had raised $600 million within weeks.

Without disclosing his prior guilty plea to state felony charges in connection with a separate web-based business scheme, Rice solicited investors to buy the token using major cryptocurrencies such as Bitcoin (BTC), Ethereum (ETH), Litecoin (LTC), and fiat currency.

In regard to AriseBank, Rice is alleged to have falsely claimed the bank could offer customers “FDIC-insured accounts and traditional banking services, including Visa-brand credit and debit cards, in addition to cryptocurrency services.” The attorney re-states in yesterday’s releast that Rice was in fact not authorized to offer banking services in Texas, had no access to FDIC insurance, and had no partnership with Visa at all.

Rice is alleged to have publicized AriseBank’s “nonexistent” benefits in printed press releases and on the web, all the while cashing in investors’ funds to his personal ends, using the money for “hotels, food, clothing, a family law attorney, and even a guardian ad litem.”

Nealy Cox is quoted in the DoJ news release as saying:

“Мy office is committed to enforcing the rule of law in the cryptocurrency space. The Northern District of Texas will not tolerate this sort of flagrant deception – online or off.”

If convicted guilty, Mr. Rice faces a sentence of up to 120 years in federal prison.

As reported yesterday, the Texas Securities Commissioner has just issued an Emergency Cease & Desist Order against crypto investment firm My Crypto Mine, charging the firm and its principal with sale of unregistered securities, engagement in fraud, and public deception.

Also this month, the Texas State Securities Board issued a Cease & Desist Order to another crypto company for the sale of unregistered securities to Texas residents, the latest in a series of such interventions against unauthorized or allegedly fraudulent crypto-related firms this year.