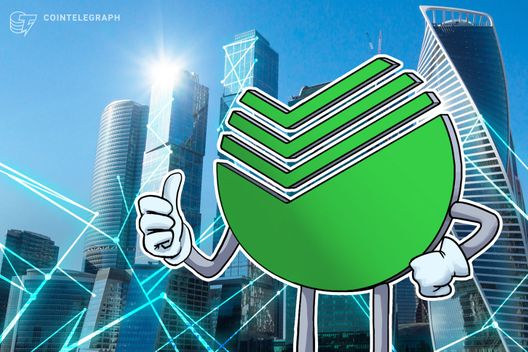 Interros Group and Sberbank in partnership have carried out an OTC foreign exchange repo deal on blockchain.

Head of global markets department and vice president at Sberbank, Andrei Shemetov, informed Reuters that the transaction is real, legally binding, and has been “concluded in electronic format using a smart contract and digital signatures through the IT platform of Sberbank.”

The aforementioned article also mentions that while Shemetov “did not disclose the scope of the transaction,” he “indicated that the amount corresponded to the average volume of the interdealer repo transaction.”

Shemetov further explained that “the transaction is a currency repo secured by the pledge of Eurobonds of the Russian issuer of the first tier.” He also described how blockchain will improve the services offered by Sberbank:

“In the long term, the conclusion of transactions through the blockchain platform will reduce transaction costs and errors through automation, as well as increase transparency and trust among all participants in the financial market.”

Reuters reports that Shemetov cited “the creation of a software environment with the ability to audit data on a bilateral basis” and “automation of settlement and operational functions” as advantages of blockchain-based repo transactions.

The article further declares that the smart contracts used — which will be part of the “overall decentralized infrastructure of the financial market” — have been written in the Go programming language and have been deployed on the Hyperledger Fabric Platform. The system permits real-time monitoring of “covenants and other market conditions.”

As Cointelegraph recently reported, Sberbank CEO Herman Gref has predicted that blockchain will be used on an industrial scale in one to two years, after having said this October that blockchain technology will be “ready” in three to five years.