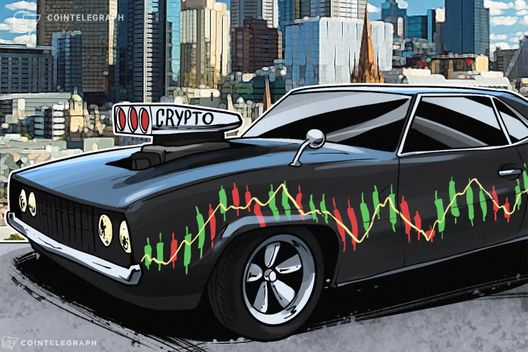 While the top 20 cryptocurrencies are mostly in the red, Bitcoin has been holding above $4,000.

Sunday, Dec. 2: the top 20 cryptocurrencies are mostly in the red, according to data from Coin360, after a modest recovery yesterday, Dec. 1. Despite the mild losses, Bitcoin (BTC) is still holding just above the $4,000 mark.

According to data by CoinMarketCap, Bitcoin is in the red, steadily descending below the $4,100 mark, down almost 4 percent on the day to press time. However, the leading cryptocurrency has been relatively stable throughout the weekend in comparison to Friday, Nov. 30, when it dipped below $4,000 at least twice. Bitcoin is trading at $4,087 to press time. 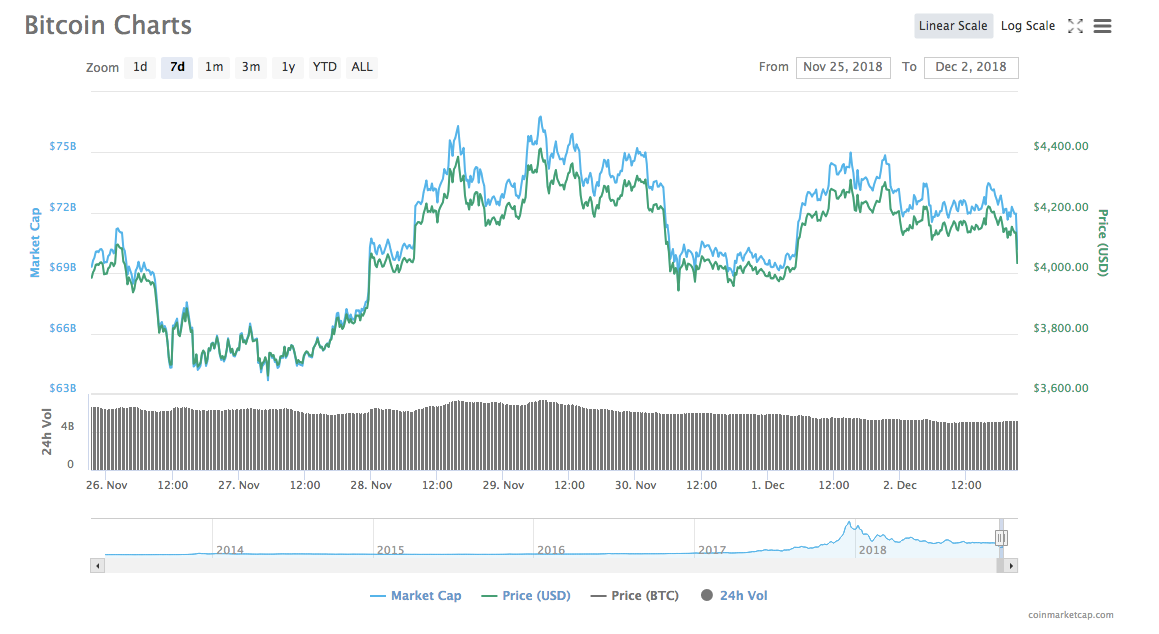 Ripple (XRP), maintaining its position as the world’s second largest altcoin by market cap, is trading around $0.36, down just over 3 percent of its price and finishing its week of mostly descent. 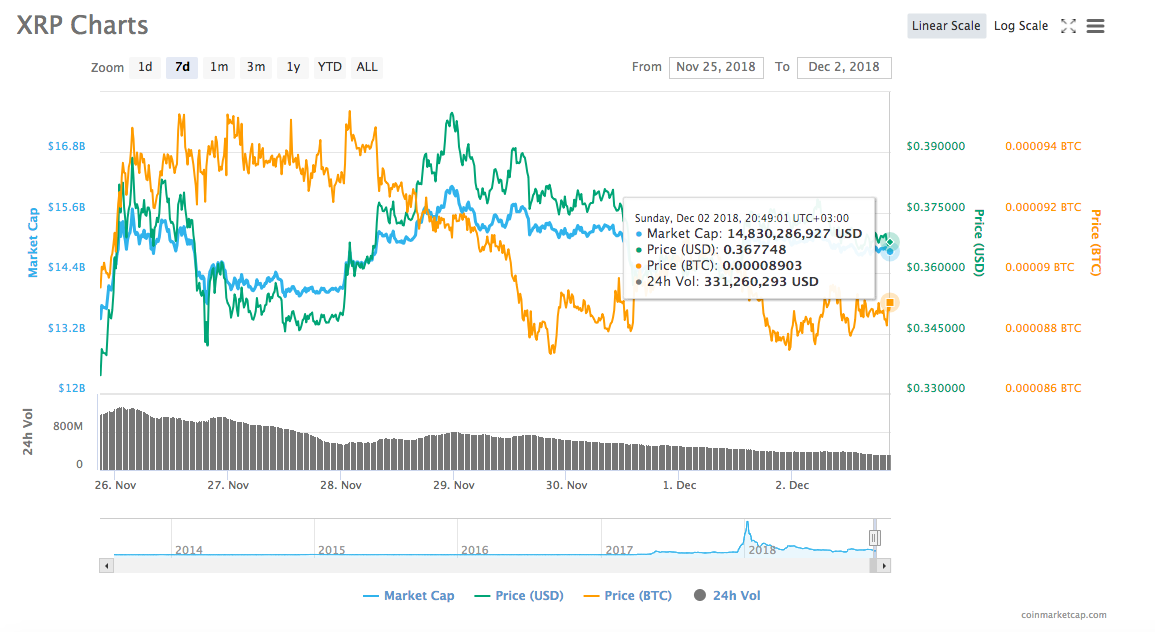 Ethereum (ETH) is also in the red, hovering mostly around $115 as of press time. After a brief increase in the middle of this week with the peak at the $125 mark, the altcoin has been relatively calm during the weekend, even reaching $120 point earlier today, Dec. 2. 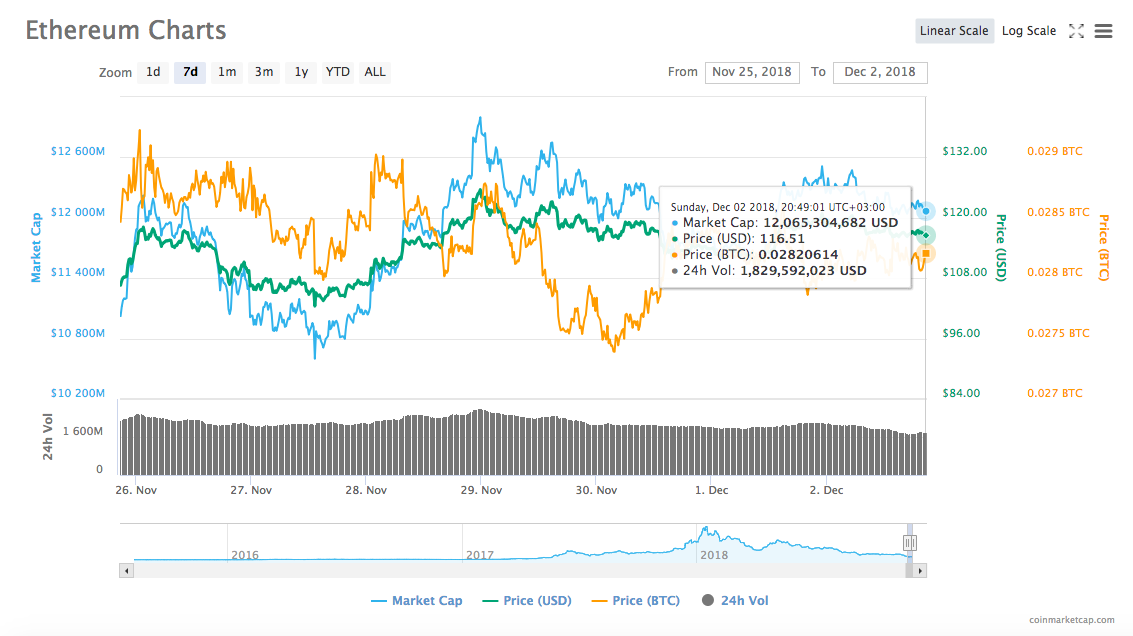 Total market capitalization of all cryptocurrencies has slightly decreased in comparison to Dec. 1 performance, going down to $130 billion by press time after reaching $139 billion on Saturday. Daily trading volumes are hovering around $14 billion at press time, also seeing a mild decrease today.

According to CoinMarketCap, all of top 20 cryptocurrencies have been in the red throughout the day, except for Bitcoin SV (BSV) and Ethereum Classic (ETC). Bitcoin SV, which emerged out of the controversial Bitcoin Cash (BCH) hard fork saw a peak of growth today, before falling slight to trade sideways at around $100. As of press time, the coin is at $95.25, down just under half a percent on the day. Its competitor, Bitcoin Cash (BCH), has dropped from $180 to approximately $166 today, down almost 6 percent over the 24-hour period.

The top three gaining and losing altcoins of the week can be seen in Cointelegraph’s recent Hodler’s Digest.

Bitcoin has been holding steady above $4,000 for two days already, despite news on crypto regulation tightening in several countries. As reported Dec. 1, the Thai Securities and Exchanges Commission is considering Security Token Offerings (STOs), announcing it will elaborate legal framework to oversee them. Meanwhile, “informed” sources have revealed that Japanese financial regulator, the FSA, is set to announce new regulations for Initial Coin Offering (ICO) to protect potential investors from fraud.

In Estonia, the Ministry of Finance announced it will add amendments to a recently passed bill on anti-money laundering (AML) and terrorist financing prevention to “tighten” crypto-related regulation.

On Saturday, the G20 member countries called for the taxation of cryptocurrency internationally, as well as its regulation to combat money laundering, during the summit in Buenos Aires, Argentina this weekend.