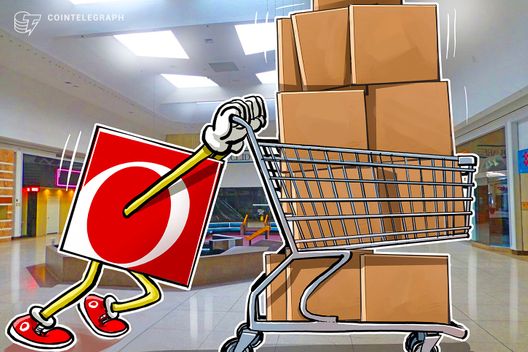 Medici Ventures now has a 10 percent stake in agricultural blockchain firm GrainChain, with the option to acquire an additional 10 percent.

Medici Ventures, the blockchain venture arm of Overstock.com Inc., has purchased $2.5 million in equity in agricultural blockchain project GrainChain, according to a press release shared with Cointelegraph Dec. 4.

The firm states that their system provides a platform, by which small- and medium-scale farmers can conduct business outside of their immediate geographic area and cut out middlemen.

With the purchase, Medici Ventures now has 10 percent ownership in GrainChain, with the option to further acquire an additional 10 percent. The acquisition will purportedly allow GrainChain to expand its market share in Central and South America.

Blockchain technology has been actively integrated in various agricultural applications. In November, U.S. fast-casual salad chain Sweetgreen announced a second funding round to raise $200 million, mentioning blockchain among its key development areas. The сapital raised will reportedly enable Sweetgreen to focus on technology and supply chain development, with blockchain as the “most viable solution available” to increase transparency in food supply chains.

In October, the world’s four largest agriculture companies, commonly known as ABCD, partnered to digitize international grain trading by using blockchain and artificial intelligence (AI) technologies. The technologies will initially be used to automate grain and oilseed post-trade execution processes, which are a highly manual and costly part of the supply chain.