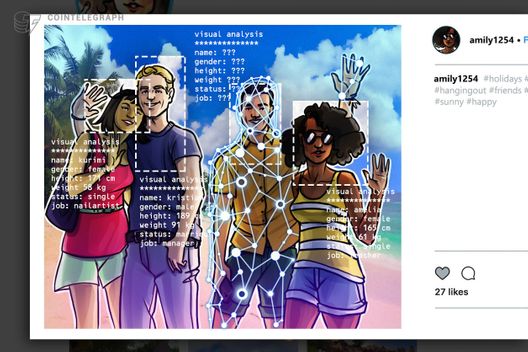 The EU Blockchain Observatory and Forum has made a case for a blockchain-powered “self-sovereign” digital identity system to secure and share personal information.

In its latest report released on Dec. 7, the European Union Blockchain Observatory and Forum (EUBOF) made a case for a blockchain-based digital identity system and digital versions of national currencies.

The report was prepared by blockchain software technology firm ConsenSys AG on behalf of the EUBOF, and focuses on the analysis of what blockchain properties could be beneficial and advantageous for governments.

The EUBOF suggests that governments should develop “user-controlled, ‘self-sovereign’ identity capabilities” to create secure, private, unique and verifiable identities, that can provide sufficient proof of identity without revealing more data than it is necessary for a transaction. The report recognizes that this has proven difficult to achieve with centralized technologies.

While the idea behind blockchain-based self-sovereign identity is that individuals could keep verified personal information themselves, instead of third parties, the EUBOF notes potential challenges for governments.

The report states that identity standards and frameworks must first be developed, in addition to defining the extent to which people want identity systems to be decentralized. It adds:

“They [governments] will have to take into account how identity attributes change over time during a person’s natural lifecycle, and will need to offer different levels of transparency depending on the context (e.g., verifying that someone is over 18 without providing a birth date). Identity platforms also need to be inclusive of all citizens, including those who, for whatever reason, have no access to or are not able to use technology.”

Another important issue raised in the report is digital versions of national currencies on a blockchain, or the ability of governments to “put fiat currency on the chain.” The report further reads:

“Putting digital versions of national currencies on the blockchain means they could then become integral parts of smart contracts. That would unlock much of the potential innovation of blockchain by allowing parties to create automated agreements, including direct transactions in these currencies, instead of having to use a cryptocurrency as a proxy.”

The report cites plans and initiatives of central banks in tokenizing national currencies, or inter-bank payments with distributed ledgers to make transaction processes more transparent, resilient, and cost efficient. Moreover, governments could purportedly use blockchain-based tokens in non-monetary ways, like an e-voucher that can be exchanged for government services.

This week, Malta, France, Italy, Cyprus, Portugal, Spain and Greece released a declaration calling for help in the promotion of Distributed Ledger Technology’s (DLT) use in the region, claiming that could be a “game changer” for southern EU economies. Among other things, the group also cited blockchain tech’s use for protecting citizens’ privacy and making bureaucratic procedures more efficient.