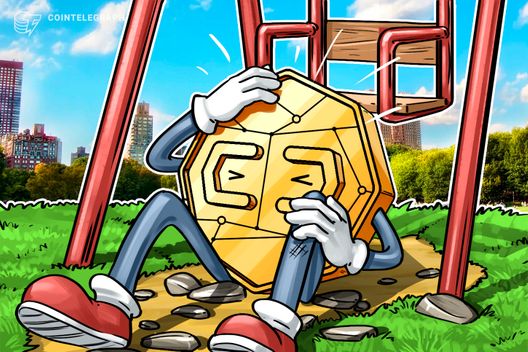 Crypto markets have failed to hold on to gains from Dec. 9, with Bitcoin trading below $3,500 again.

Monday, Dec. 10: Crypto markets have failed to hold another recovery attempt, with nearly all top 20 coins by market capitalization in the red as of press time.

After a slight bump yesterday, Dec. 9, with Bitcoin (BTC) seeing its price grow from around $3,400 to more than $3,600, markets are seeing another decline as losses over the 24-hour period for some major coins reach more than 9 percent, according to CoinMarketCap. 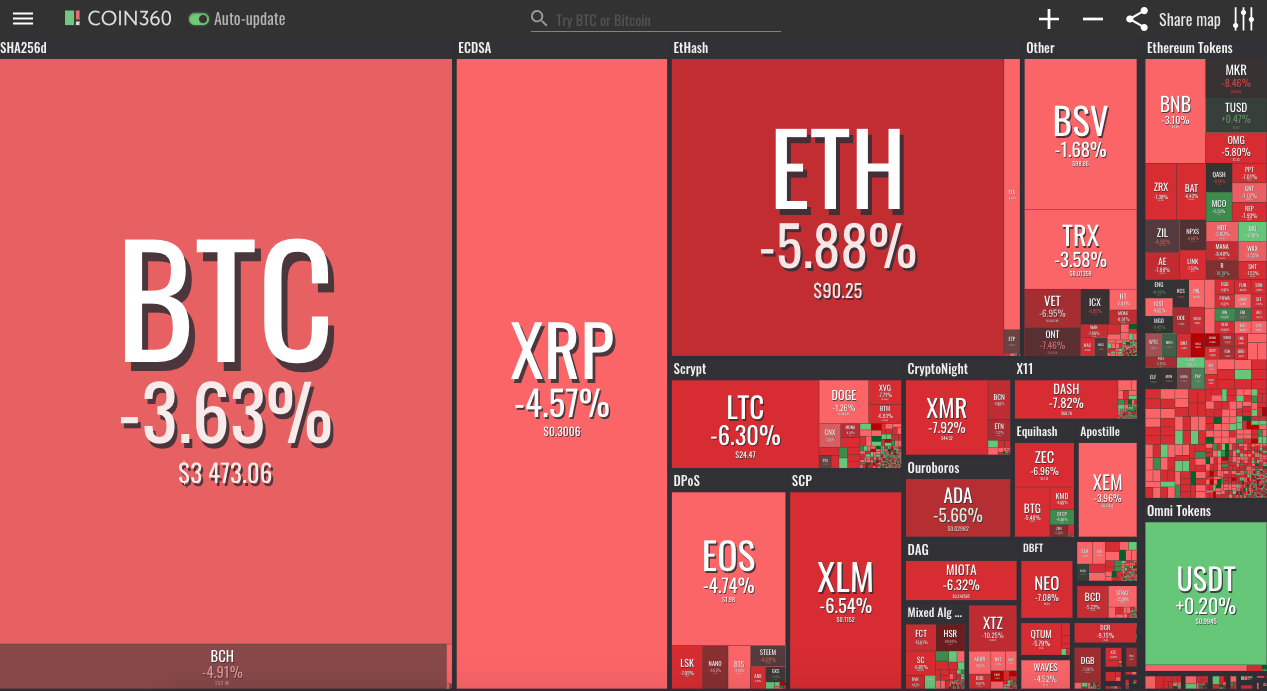 The top cryptocurrency Bitcoin is down by 4.59 percent, trading at $3,474 at press time. As noted earlier today, the Bitcoin volatility index has recently spiked threefold on the month, following a period of price stability.

The second cryptocurrency by market cap, Ripple (XRP), is seeing more losses today, down almost 5 percent over the past 24 hours and trading at $0.301 at press time. 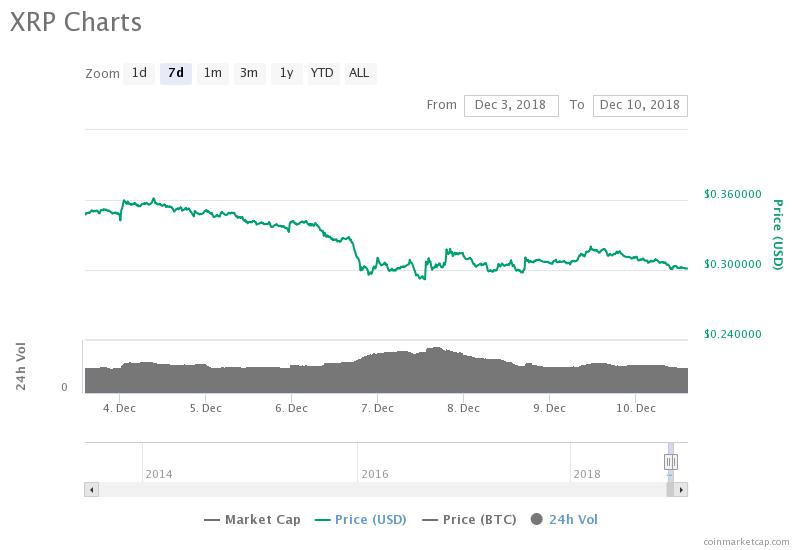 After dropping below the $100 price point on Dec. 6, major altcoin Ethereum (ETH) has dipped to as low as $90 per coin earlier today. The altcoin is trading at $90.99 at press time, down almost 6 percent over the 24-hour period.

Dash is seeing the biggest losses among the top 20 coins at press time, with its price down 9.58 percent, and trading at $68.14. 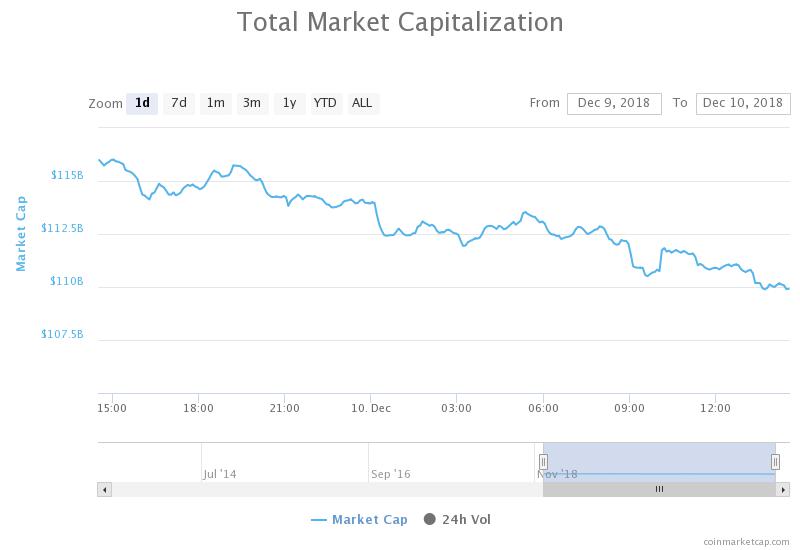 Recently, the Indian government reportedly suggested new regulations to entirely ban cryptocurrencies in the country. According to anonymous sources, a government panel “has categorically said” that the crypto operations should be considered illegal and monitored by India’s central banking institution the Reserve Bank of India (RBI).

While India may soon join the list of anti-crypto countries like China, some European countries have taken a more crypto-friendly regulatory approach. The British Parliament is purportedly considering allowing payments to local authorities and utility providers with Bitcoin. In late November, Liechtenstein authorities granted a license to Cryptoassets Exchange (LCX) to operate as a fully regulated blockchain ecosystem.