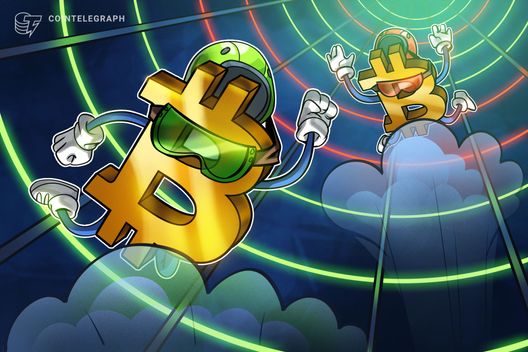 What is it about Novembers?

Over the course of 2018, Bitcoin has had an annus horribilis — with prices tumbling by more than 83 percent when compared to the all-time high of $19,783.

This is worse than the Nasdaq’s plunge when the dot-com bubble burst in the U.S. — and it has also delivered catastrophic consequences for many other digital currencies, which have now been rendered worthless. This is because the fate of many coins, and indeed other cryptocurrencies, is tied to blockchain in some way or another. Just take a look at Ethereum as a case in point, which has tumbled from $1,400 toward the start of 2018 to about $110 at the time of writing.

To get an idea of the enormity of this drop, Bitcoin hadn’t dipped below $4,000 since September 2017 before November’s bloodbath began. In the space of a week, Bitcoin Cash plummeted more than 56 percent — and was even overtaken by EOS briefly from a market capitalization perspective, leaving it relegated to the fifth-largest coin in the marketplace.

Following the ups and downs of the crypto market doesn’t need to be a daunting experience. Keeping an eye on the news can help ensure that you stay one step ahead — and get an idea of when major events are going to have an impact on prices. Sites such as Coin360 have also been making the market easier to navigate — offering a visual representation of cryptocurrencies and coins in real time. The size of each graphic reflects the cryptocurrency’s market capitalization — with prices and percentage changes illustrated in red and green so enthusiasts can see where the industry is heading at a glance.

Bitcoin has had startling highs as well as lows.

Back then, as this article from Cointelegraph at the end of last year shows, there were warnings from certain commentators that a bubble was looming. Perhaps it would have been prescient to remember the wisdom of Nelly Furtado at the time. That said, crypto advocates continue to maintain that the volatility of Bitcoin can be as much of a help as a hindrance — and believe that, one day soon, it will perform in line with the glory days of 2017.

Percentage-wise, one of the biggest falls in Bitcoin’s value.

With dizzying speed, the cryptocurrency managed to swell to a price of $260 in a bullish market, as exchanges blossomed and trader numbers boomed. But as Nelly Furtado once said, all good things must come to an end. The price tumbled down to $45 in the space of two days — a decline of 83 percent. Even roller coaster rides aren’t that brutal.

Arguably the most famous decline in Bitcoin’s history.

Toward the end of 2013, the price of a single Bitcoin was about to reach $1,200 — modest by today’s standards but a big deal at the time. In the preceding weeks, a United States Senate hearing had buoyed the market by concluding that Bitcoin held great promise, and even China’s Central Bank had offered cautious approval.

But it wasn’t to last. China then concluded that Bitcoin was not a currency and began to impose restrictions. The bear market certainly wasn’t helped by the devastating implosion of Mt. Gox back in 2014, which saw roughly seven percent of all Bitcoin in circulation vanish. At the time, they would have been worth an eye-watering $473 million. Other distributed denial of service (DDoS) attacks added to the crisis of confidence.

The warning signs first flashed on Nov. 19, 2013, when prices halved in a single day — tumbling from $755 to $378. Although they rallied soon afterward, the end of the month signaled the start of a slump that wouldn’t end for more than a year.

Toward the end of the correction, in January 2015, prices slumped to a paltry $150 — and the ramifications have lingered for years. Overall, prices tumbled by 87 percent over the 411-day ordeal.

A sharp fall in the early days of Bitcoin.

June 2011 had seen Bitcoin’s price hit about $32, falling precipitously to $2 over the course of five months — that’s a 94 percent drop. Many investors, unsure about what to expect in the crypto world, decided to cut their losses and get out of the Bitcoin game altogether — and these same people will now be kicking themselves that they didn’t ride out the correction, as they would have undoubtedly been multimillionaires by now.