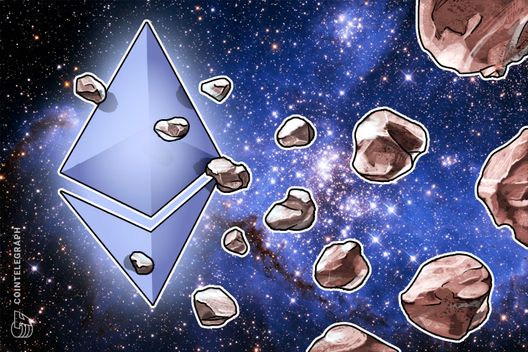 Citing research by cybercrime monitoring company Bad Packets LLC, the publication revealed that the downturn in ETH/USD has failed to stop malicious parties attempting to steal funds from miners and investors.

Scanning the network, hackers are trying to identify mining rigs and wallets with an exposed port 8545, which ultimately allows them to gain control and redirect ETH funds elsewhere.

“Despite the price of cryptocurrency crashing into the gutter, free money is still free, even if it’s pennies a day,” Bad Packets co-founder and security researcher Troy Mursch commented.

Cointelegraph originally reported on the Ether scanning phenomenon in June this year after one operation netted a reported $20 million in ETH.

Other incidents had occurred previously, joining a spate of various campaigns to divorce cryptocurrency holders from their wealth.

2018 has been a particularly bad year for so-called ‘cryptojacking’ attacks, which Bad Packets also monitors.

Cryptojackers attempt to remotely commandeer devices in order to mine or steal cryptocurrency, with detections rising almost 500 percent this year. “Because this threat is relatively new, many people do not understand it, its potential significance, or what to do about it,” a dedicated report on the problem by the Cyber Threat Alliance said in September.