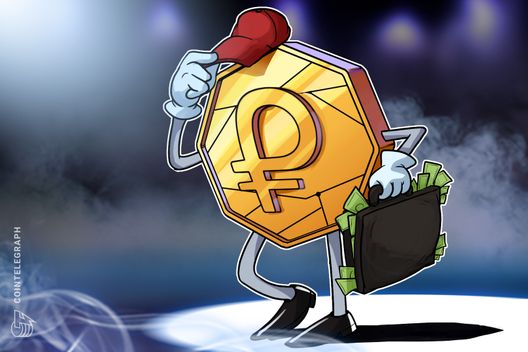 Venezuela has automatically converted pensioners’ most recent monthly bonus into its national oil-backed cryptocurrency, the Petro (PTR), according to a report from English-language politics blog Caracas Chronicles Dec. 12.

First launched as a pre-sale in February, the controversial Petro has been in circulation as one of Venezuela’s two official currencies as of August 20: the second being a rebranded fiat currency, the Bolívar Soberano (Sovereign Bolivar, or Bs.S.), which is indexed to the Petro.

According to Caracas Chronicles, pensioners’ recent government payouts Dec. 7 arrived initially in Bs.S. to pensioners’ web fiat wallets, but were automatically withdrawn and converted into Petro, with the new balance reportedly accompanied by a laconic description, “savings in petro.” The blog reproduces the alleged messages sent to pensioners as follows:

As of January 2017, pensioners in Venezuela have received their bonus payouts via the government’s “motherland card” (carnet de la patria) scheme, which has been linked to a mobile wallet (Billetera Móvil) as of January 2018, accessed through the government web portal patria.org.ve.

When payments were made in Bs.S. without subsequent PTR conversion, pensioners would reportedly receive a notification of credited funds, transfer their credit to a bank account, and then — in Caracas Chronicles’ description — queue “all day” at a branch to withdraw their funds.

The blog alleges that dependency on the carnet de la patria system to access much-needed pension bonuses and other social benefits has enabled the government to pressure citizens to “ditch their official banking system,” and that adding payment functionality — as well as integrating the Petro and Patria wallets, without needing recourse to a bank — would complete the government’s desired short-circuit.

Chronicles Caracas claims both the Patria and Petro initiatives are a bid to secure “full control over citizens’ finances,” and impel them to save Petros as “protection” from the hyperinflation the government itself “provokes.”

The official sale of Petro in Venezuela started this November, with several top officials — including Maduro — purchasing it via the official website. As of press time, the currency is not yet available on any of the top-100 crypto exchanges on CoinMarketCap.