Data from Cointelegraph’s own price index, Coin360 and Coinmarketcap painted a gloomy picture at press time Friday, with Bitcoin (BTC) dropping about 3.5 percent in 24 hours.

Having staved off a move below last week’s current “bottom” around $3220, BTC/USD has failed to find support much higher, now circling $3300 to cap almost 50 percent monthly losses. 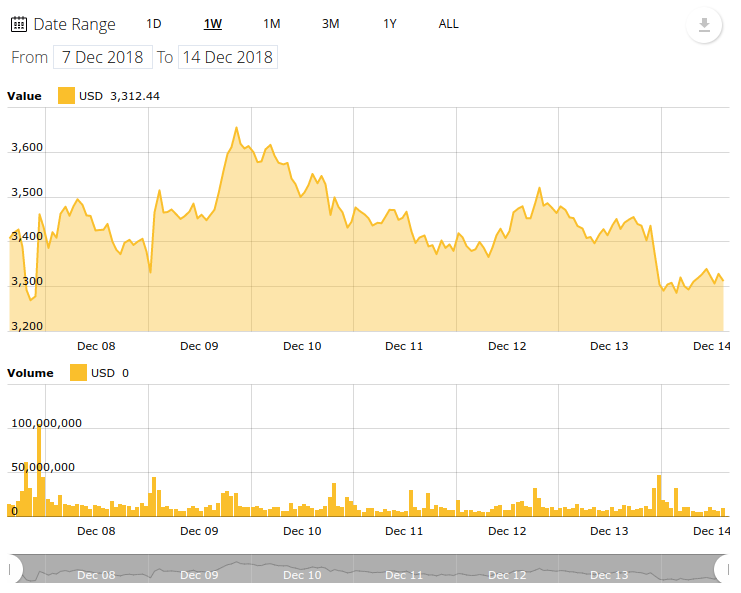 Worries over the fate of a Bitcoin exchange-traded fund (ETF) gaining United States’ regulators’ approval in February have combined with uncertainty over when the 2018 bear could end to limit the largest cryptocurrency’s prospects for gains in the short term.

Many still remain steadfast believers in a Bitcoin U-turn, the most recent of which was ratings agency Weiss, which this week said BTC represented one of the “best buying opportunities” of the year at current prices.

In altcoin markets, BCH continued what had become a common sight for day traders this week, losing more against USD than any other asset in the top twenty.

A hashrate war with rival faction Bitcoin SV (BSV) has continued since the pair split from the BCH chain in a contentious hard fork Nov. 15.

Since then, BSV has made a habit of trading inverse to BTC, gaining when the majority of assets fall and vice versa.

Friday revealed BCH as the major loser, however, shedding market cap to fall below the USD price of Ethereum (ETH) for the first time on a 13.3 percent daily drop. 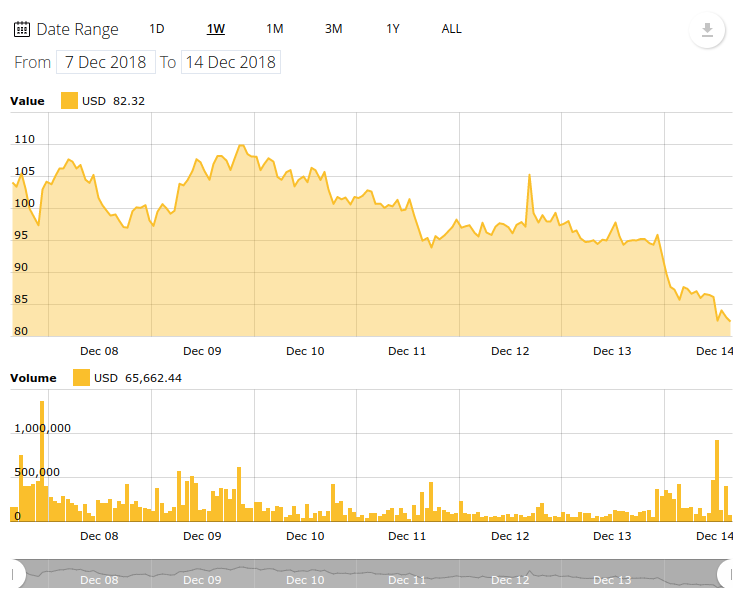 ETH itself meanwhile failed to capitalize on updates about its Constantinople hard fork which will bring various technological advances to the network. 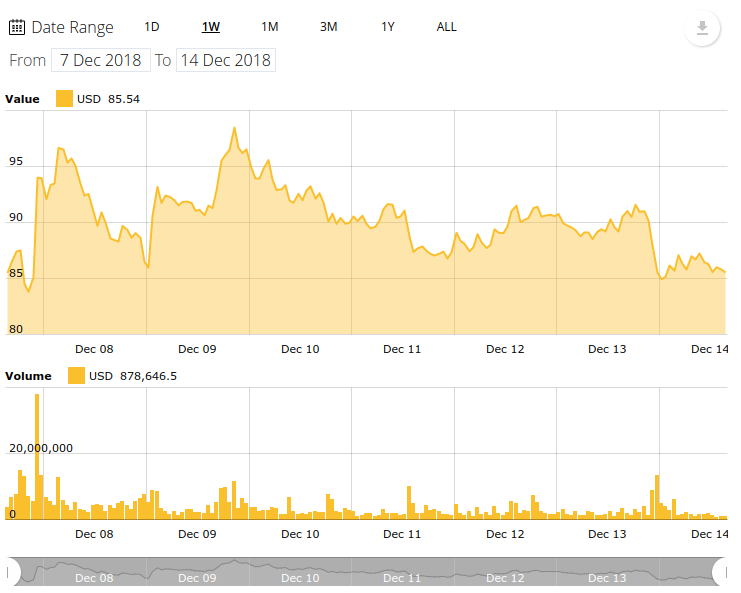 Other major altcoins saw losses between 1 percent and 9 percent, BSV coming in second behind BCH’s performance.