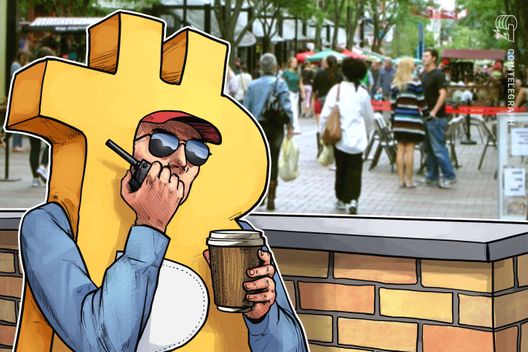 Internet users worldwide have begun receiving emails claiming an armed “mercenary” will blow up their building.

A suspected scam which threatens to blow up buildings unless recipients pay a Bitcoin (BTC) ransom caught the attention of the United States’ government Dec. 13.

The scam, which centers on anonymous emails demanding payment of $20,000 in Bitcoin or face a “mercenary” detonating a device in “your building,” has appeared throughout the world.

Now, the U.S. National Cybersecurity and Communications Integration Center (NCCIC) opted to release dedicated advice to victims, advising the only action necessary on receipt of an email was to inform the FBI.

The NCCIC is “aware of a worldwide email campaign targeting businesses and organizations with bomb threats,” it said.

“The emails claim that a device will detonate unless a ransom in Bitcoin is paid.”

Prior to the government acknowledgment, media sources had reported on the scheme, including cybersecurity publication and research outlet Krebs On Security, which published the full text of the email.

“My mercenary keeps the building under the control. If he notices any unusual behavior or emergency he will blow up the bomb,” an excerpt reads.

Multiple campaigns continue to target unwitting internet users both within and outside the cryptocurrency community.

As Cointelegraph reported, 2018 has seen an almost 500 percent rise in the number of flagged hacking schemes known as “cryptojacking” — the process by which a device is commandeered to mine or steal cryptocurrency.

Phishing scams — hackers masquerading as known entities to trick users into transferring coins to a fake address — have spread from emails to social media platforms such as Twitter en masse this year.