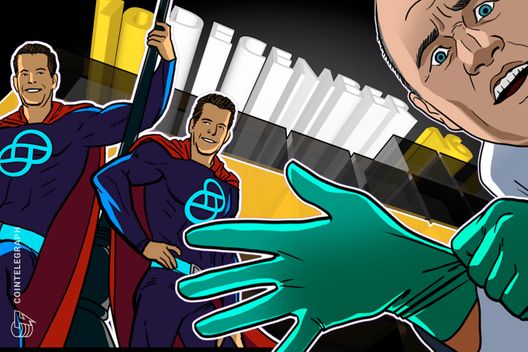 The CEO of Mt. Gox is facing ten-years in Japan for embezzlement charges, and ASIC mining rigs are struggling to make a profit.

Mark Karpeles, the former CEO of now-defunct Japanese Bitcoin exchange Mt. Gox, could be facing a ten-year jail sentence over charges of embezzlement. Karpeles, who headed the exchange during the major hack in 2014 that resulted in the loss of 850,000 BTC ($2.87 billion at press time), has denied any wrongdoing. Prosecutors in a Tokyo court this week have claimed that Karpeles had stolen around $3 million worth of funds from the exchange, in a case not connected to the hack.

During this week’s cryptocurrency market crash, crypto mining machines are having trouble making a profit for their operators, according to data from a mining profitability site. At one point this week, ASICMinerValue.com  — which calculates real-time profitability for ASIC miners — found that only two were currently making any profit. Both of the profit-reaping miners were released in October 2018 and were making $0.58 and $0.21 in profits at the time. At press time, however, more than two miners are now in the green.

The chairman of the United States Securities and Exchange Commission (SEC), Jay Clayton, said this week that Initial Coin Offerings (ICOs) “can be effective” instruments for raising capital. During a speech given this week, Clayton noted that there are a “number of concerns” related to ICOs, but that they can be “effective” ways to raise capital providing that securities laws are followed. Clayton also mentioned the SEC’s Strategic Hub for Innovation and Financial Technology (FinHub), which will facilitate the agency’s involvement in fintech.

Korean-headquartered transnational tech conglomerate Samsung has refuted rumors this week that it plans to launch a crypto cold wallet on its Galaxy S10 smartphone. The rumors began after the company filed three E.U. trademarks for blockchain- and cryptocurrency-software. SamMobile confirmed to Cointelegraph that the trademarks are part of the development of a Samsung proprietary cold wallet, which “may be launched” with the Galaxy 10 smartphone.

Cypherpunks Co-Founder Tim May Passes Away of Natural Causes

Timothy C. May, the co-founder of Cypherpunks, died of natural causes this week, as reported by a Facebook eulogy posted by cypherpunk Lucky Green. May is the author of “The Crypto Anarchist Manifesto,” where he seemingly predicted some of the ways that governments would regulate the use of cryptocurrencies in the future, as in citing “national security concerns,” use by drug dealers, and “fears of social disintegration.” The Facebook eulogy notes that May co-founded the group along with Eric Hughes and John Gilmore in 1992. 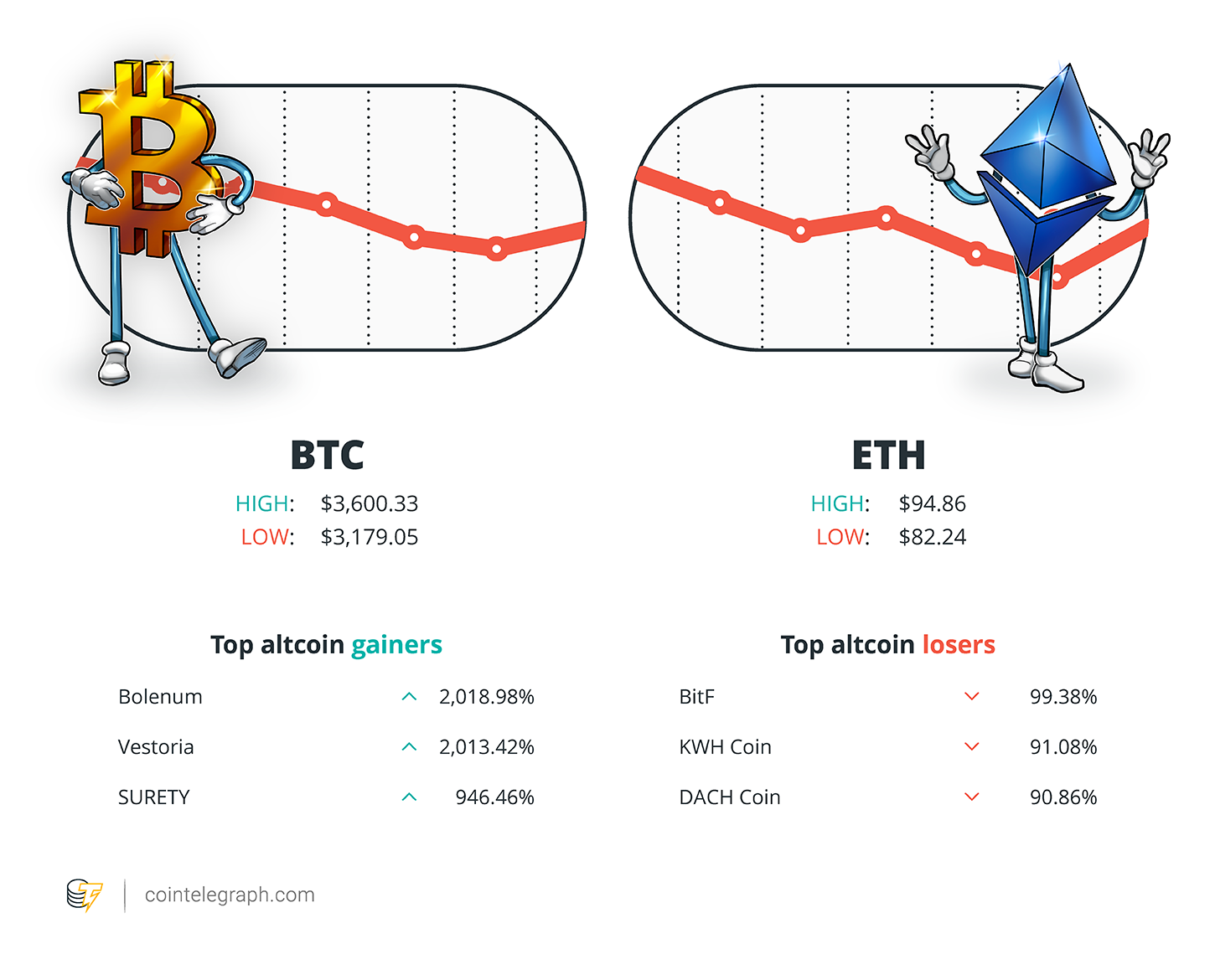 “I believe that ICOs can be effective ways for entrepreneurs and others to raise capital. However, the novel technological nature of an ICO does not change the fundamental point that, when a security is being offered, our securities laws must be followed,” — Jay Clayton, United States Securities and Exchange Commission (SEC) chairman

“The audience is more sober now—the drug is gone. […] But it’s not going to zero. We’re at the methadone clinic,”  — Mike Novogratz, founder of Galaxy Digital

Crypto bull and co-founder of Fundstrat Global Advisors Tom Lee said this week that Bitcoin’s (BTC) “fair value” is much higher than its current price. In a note from this week, Lee also said that the coin’s fair value is between $13,800 and $14,800, also adding that the value could reach as high as $150,000. Lee added: “In fact, working backwards, to solve for the current price of Bitcoin, this implies crypto wallets should fall to 17 million from 50 million currently.” 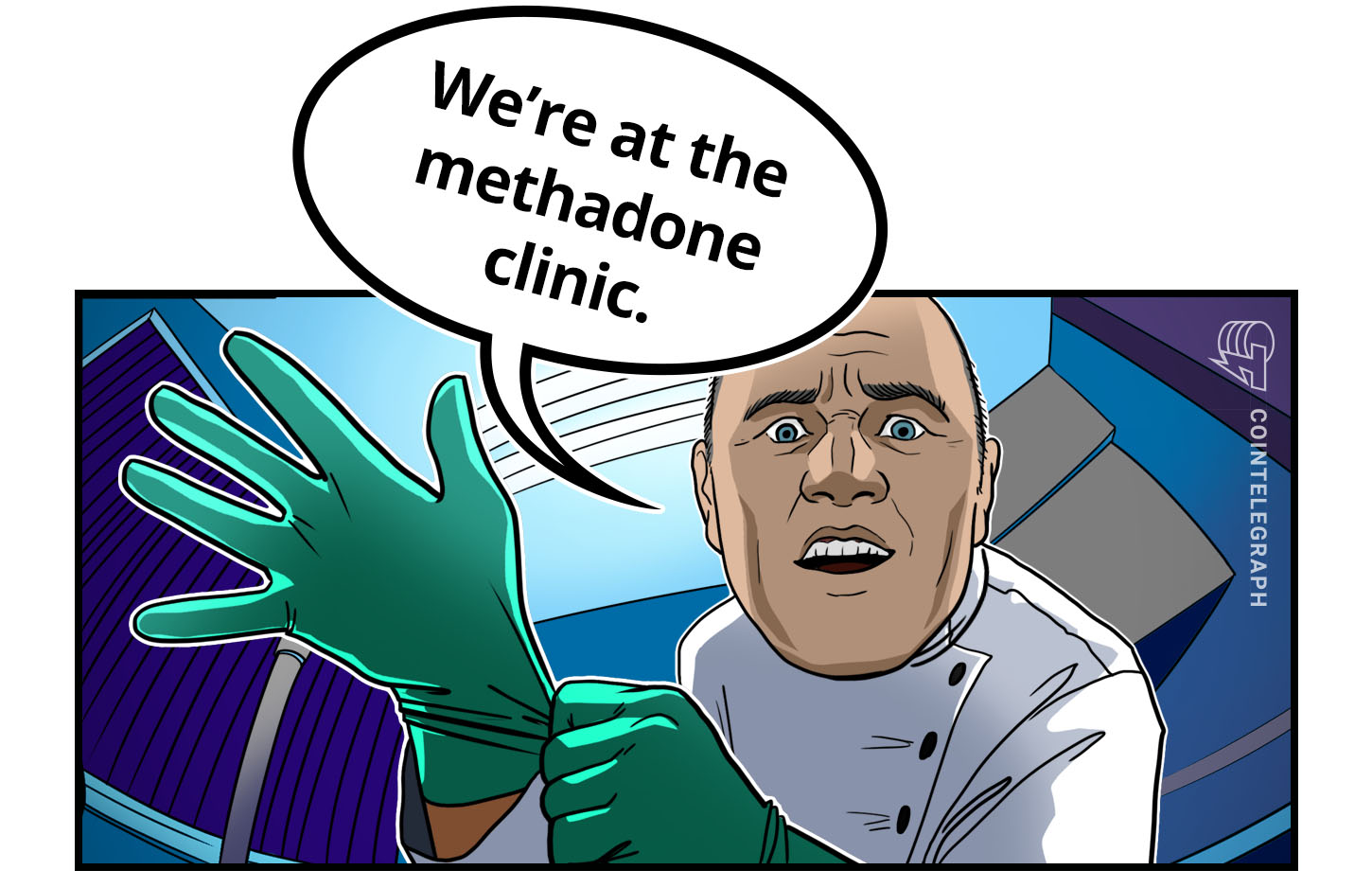 The People’s Bank of China (PBoC), the country’s central bank, highlighted the illegality of Security Token Offerings (STOs) in the country in a statement this week. Pan Gongsheng reportedly told a summit in Beijing this week that both STOs and ICOs were “rampant” in the mainland, despite the “nationwide clean-up” of the crypto markets in China last year. In regards to the “STO business” in China, Gongsheng added that cryptocurrencies are still associated with crime.

Major United States-based stablecoin project Basis will shut down operations and return most of its funds to investors. The algorithmic stablecoin project will return the majority of its $133 million in funding that it raised during a private placement in April, according to a report.

Bloomberg later reported that Basis’ CEO Nader Al-Naji confirmed that the impetus to close the project came from regulatory concerns over a type of token in Basis’ — as well as other algorithmic stablecoins’ — a system known as a “secondary token,” which helps keep the coin’s price stable. Al-Naji noted that there was no way to “escape” classification as a security.

Vlad Nistor, the CEO of Romania’s largest crypto exchange Coinflux, was reportedly arrested on a warrant from the U.S. for fraud, organized crime and money laundering. Coinflux is an online digital currency trading platform, with reportedly more than 200 million euro worth of Bitcoin (BTC), Ethereum (ETH), Litecoin (LTC), and Ripple (XRP) in transactions. Nistor was allegedly arrested in Romania at the behest of the U.S.

After this arrest, CoinFlux posted an announcement about a temporary suspension of all digital currency exchanges, noting that the investigation has also restricted its access to some parts of the platform.

Cointelegraph explores how Europe is orienting itself towards blockchain and digital ledger technology as a whole. Looking at several initiatives, including the European Blockchain Partnership and the blockchain-based healthcare project, the analysis examines how Europe is working to become a “global leader” in DLT.

In this analysis, Cointelegraph looks at how different companies and areas in the food industry use blockchain technology to bring transparency to their food chains, and why that the traditional use of blockchain doesn’t always work here.