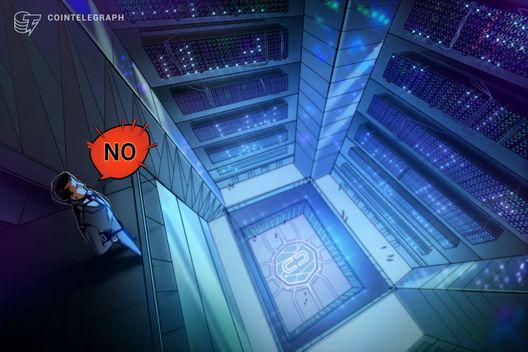 Recent reports claim that the Hong Kong stock exchange is “hesitant” to consider a Bitmain IPO due to current market conditions.

A Hong Kong Stock Exchange (HKEX) spokesperson has called Bitmain’s alleged hesitation around a purported initial public offering (IPO) “rumors,” in an email to Cointelegraph Dec. 17. When asked for verification and details on the crypto mining firm’s IPO status, the spokesperson responded that “HKEX does not comment on rumors.”

Blockchain and crypto media had previously reported that the exchange was “hesitant” to host its IPO because of market conditions surrounding the overall crypto mining business. Anonymous sources have reportedly claimed that “the exchange is very hesitant to actually approve these Bitcoin (BTC) mining companies because the industry is so volatile. There’s a real risk that they could just not exist anymore in a year or two.”

The slump in crypto markets that followed 2017’s record highs has been difficult to bear for many crypto mining firms. Some have reportedly begun selling off mining equipment that reached its “shutdown price” by the kilogram. Citing market conditions, Bitmain has closed its Israel-based development center and dismissed local employees.

The potential Bitmain IPO has been the subject of some controversy and confusion over the course of the past few months. Several companies that were purported to be investors in the firm’s pre-IPO have stated that they are not involved.

As Cointelegraph reported in September, Singapore-based firm Temasek was alleged to have committed $560 million dollars to Bitmain’s IPO. Temasek said in an official statement:

“We’ve seen commentary about an IPO involving a cryptocurrency company, Bitmain. Temasek is not an investor in Bitmain, and has never had discussions with, or an investment in Bitmain. News reports about our involvement in their IPO are false.”

In August, Henry Yu, a Hong Kong lawyer and legal expert, told Cointelegraph that a Bitmain investor deck in Chinese used vague and misleading wording when listing investors ahead of its rumored IPO. In the Bitmain pre-IPO investor deck acquired by Cointelegraph, DST Global is listed as an investor, with claims that the investment was “recently completed.”

DST Global confirmed to Cointelegraph that it “has never invested in Bitmain.” The largest Uber shareholder, SoftBank, has also denied its alleged involvement in the offering.

In November news broke that Bitmain is facing a $5 million class-action lawsuit for allegedly mining cryptocurrency for its own benefit on its customers’ devices. Gor Gevorkyan, the lead plaintiff, suggested that the lengthy “initialization” process of the ASICs sold by Bitmain has the hardware mining at full power at users’ expense.