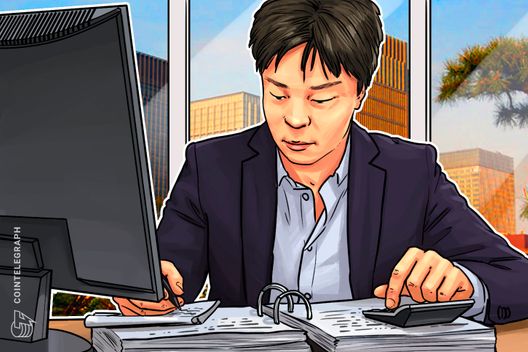 Disclaimer: in the hours since publication, Monex Group has issued a statement in response to media coverage of the alleged decision regarding Coincheck’s license approval. This article has been updated to include this response.

According to Nikkei, an announcement from the financial watchog is reportedly due to be released by the end of the year. Notably, in private correspondence with Cointelegraph Japan, Coincheck’s PR emphasized “it is not [the exchange’s] official announcement and we haven’t confirmed the fact yet.”

Monex Group has itself issued a statement in response to the Nikkei Asian Review article, clarifying that the news “was not based on our announcement”:

“Coincheck, Inc. has been under review for a cryptocurrency exchange [license]. However, there is not any fact regarding the registration that has been determined. Moving forward, should there be facts regarding Coincheck, Inc. that need to be disclosed, we will do so in a timely and appropriate manner.”

As previously reported, the FSA has intensified its scrutiny of domestic crypto exchanges in the wake of the industry-record-breaking $532 million theft of NEM tokens from Coincheck’s wallets this January.

While a license has been mandatory for all crypto exchanges operating within Japan since the amendment of the country’s Payment Services Act back in April 2017, the FSA has continued to ratchet up requirements for applicants throughout 2018; some 160 applicants were reported to still be awaiting a decision on an operating license as of mid-October, and as many as 200 today, according to Nikkei.

Following the January hack, Coincheck received two business improvement orders from the FSA, with a particular focus on ameliorating its customer protection and anti-money-laundering (AML) measures. The exchange further decided to rehaul its shareholder composition and management, becoming a wholly owned subsidiary of Monex Group in mid-April.

Under the new stewardship of Monex, Nikkei claims the FSA has purportedly judged that protection measures and other critical systems at the exchange have now been sufficiently improved to warrant a new license. Alongside these improvements, Coincheck revised which cryptocurrencies it will manage, and also reimbursed those customers affected by the hack.

In mid-November, Coincheck resumed NEM trading, and opened support for Ethereum (ETH) and Lisk (LSK). It also joined the Japan Network Security Association in a bid “to renovate its image.”