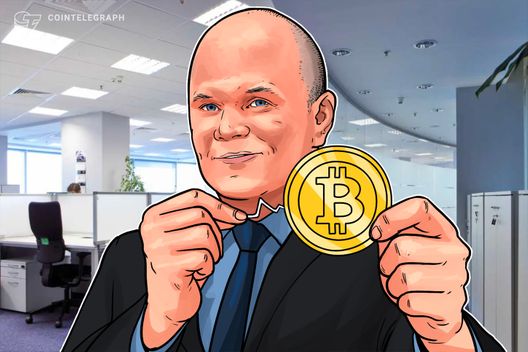 Mike Novogratz said that he does not think the Bitcoin price will continue to decline much further.

Mike Novogratz, an ex-Goldman Sachs partner and founder of crypto merchant bank Galaxy Digital, said that he does not expect the Bitcoin (BTC) price to decline much further in an interview published by Bloomberg on Dec. 18.

“We are entering a cool era for macro. Crypto is less exciting now versus macro. Macro got quite boring for many years, and crypto was really exciting.”

The investor also stated that he is “fairly certain” that Bitcoin will be a digital store of wealth, along with the decentralized worldwide computing system web 3.0. In Novogratz’s view, there will be “a lot of tokenized objects,” like limited partnerships, funds, art and “all kinds of things” in the near future.

Earlier in December, Novogratz compared cryptocurrency market performance to a “methadone clinic.” He characterized Bitcoin’s meteoric growth in late 2017 –– which peaked at $20,000 per coin –– “a drug.” He called the period a “speculative mania,” adding that the “audience is more sober now — the drug is gone.” At the time, the hedge fund manager said that the market was characterized by “pessimism” and “fear,” with people expecting the leading cryptocurrency to go “to zero.”