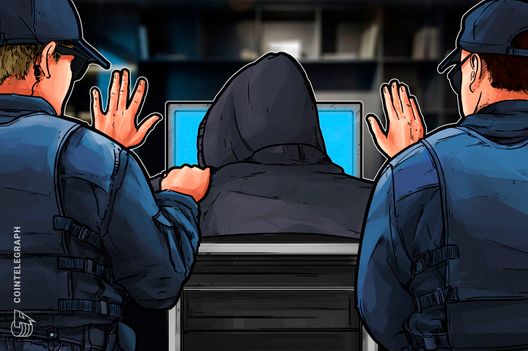 A purported Bitcoin millionaire has reportedly been arrested in Hong Kong for having made it “rain cash” in one of the poorest parts of the city.

A supposed Bitcoin (BTC) millionaire has been arrested in Hong Kong after “making it rain cash” on the streets, local English-language news outlet the Shanghaiist reported on Dec. 17.

On Sunday, a swathe of 100-Hong Kong dollar bills were thrown off a roof in Sham Shui Po, one of the poorest Hong Kong neighborhoods. Wong Ching-kit, a local cryptocurrency enthusiast, purported Bitcoin millionaire, and entrepreneur who owns the Epoch Cryptocurrency website, is reportedly believed to be responsible for the stunt.

In a video posted on Epoch’s Facebook page, he is seen asking “does anyone believe that money can fall from the sky?” before money starts falling from a high building behind him.

The description of the video details a competition wherein participants can allegedly win large cash prizes. In another video Ching-kit reportedly describes himself inside a luxury car as some kind of “god” that “steals from the rich and gives to the poor.”

According to Shanghaiist, the man was subsequently arrested by local police, reportedly before performing another publicity stunt. Shanghaiist reports that he was detained for “disorderly conduct in a public place” while live-streaming with a stack of cash in his hand.

Leo Weese, a member of the local crypto community, tweeted that Ching-kit is not a Bitcoin millionaire but is instead “running a pyramid-like scheme.” The police reportedly claim to have only recovered 6,000 Hong Kong dollars ($767) while “a popular Twitter post claims, unreasonably, that ‘100’s of millions of HKD’ was dropped from the rooftop.”

In May 2018, organizers of a blockchain conference in China were subjected to harsh criticism after they arranged a performance including a Mao Zedong impersonator. An actor dressed in a grey Mao suit gave a speech in the style of the Chairman, wishing success to the audience in an accent from Mao’s birth province of Hunan, declaring:

“You are worthy of being called the great sons and daughters of the Chinese nation, and I thank you in the name of Mao Zedong.”

The organizers reportedly broke a law prohibiting the use of the image of any past or present leader in promotional activities and television advertisements.

Earlier that same month, a Ukrainian initial coin offering (ICO) publicity stunt on Mount Everest resulted in the death of a sherpa. Social network ASKfm sponsored “crypto enthusiasts” to climb Mount Everest and place a Ledger wallet holding 500,000 in ASKfm tokens at the peak. The sherpa died during the descent.