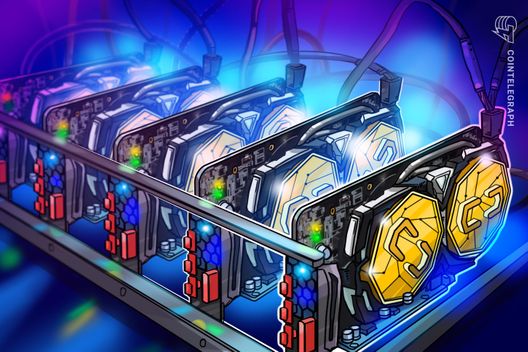 Radeon RX580, a GPU widely used both by miners and gamers, is now being sold for $180, a price drop of over 67 percent since February.

This means that the GPU, which reached a peak average price around $550 in February 2018, has seen a 67 percent price drop throughout the bearish year, dubbed “Crypto Winter” by some crypto entrepreneurs.

As Cointelegraph previously reported, the year-long bear market has had a significant effect on the crypto mining industry, with dramatic drops in revenue forcing many miners to quit the industry and sell off their equipment. Some miners have even started selling mining devices by the kilogram in an effort to recoup losses as their rigs reach “shutdown prices.”

Consequently, the “Crypto Winter” has also affected GPU producers like Nvidia and AMD. Reduced interest in crypto mining resulted in a sharp drop-off in GPU sales to miners with AMD reporting that their crypto-related sales in Q3 2018 were “negligible.”

In the spring of 2018, AMD CEO Lisa Su stated, “[Blockchain technology is] a very important technology […] The idea you can do all these peer-to-peer transactions, a decentralized network, it’s a good technology, but frankly l think it’s a bit of a distraction in the short term.” Regarding the impact of blockchain applications on the firm’s business Su said:

“We believe blockchain or mining was about approximately 10 percent of our revenue during the [first] quarter. And the truth is there are a lot different factors in these estimates. We feel we have a very good idea of what people are using our products for. It’s a nice growth factor, but it’s certainly not the dominant growth factor in our story.”

In mid-November, Nvidia’s share price plunged after Q3 financial results revealed a “crypto hangover” in the company’s GPU sales. In the report, Nvidia founder and CEO Jensen Huang said that the company’s “near-term results reflect excess channel inventory post the cryptocurrency boom, which will be corrected.”

In other words, the crypto mining frenzy drove up prices for Nvidia’s GPUs, but once that demand disappeared, prices did not decrease quickly enough to attract customers who were waiting for more affordable cards.