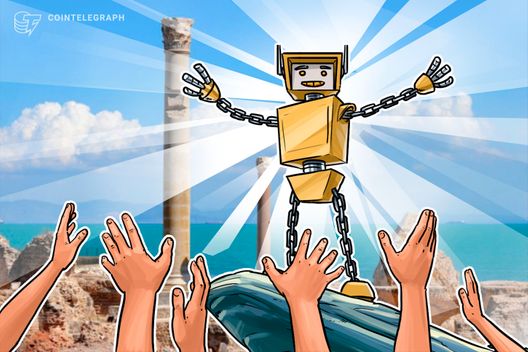 The Tunisian Internet Agency will host the blockchain platform Universa to develop various blockchain applications in e-governance and the digital economy.

The Tunisian Internet Agency (ATI) is going provide hosting services for the Russian blockchain platform Universa, according to a press release shared with Cointelegraph on Dec. 19.

Founded in 1996, the ATI is a governmental body run by the Ministry of Communications with the objective to promote Internet usage in the country.

Per the release, the ATI has signed a 10-year renewable strategic partnership with the blockchain platform Universa to provide hosting services for the platform and facilitate its further development. The agreement sets up a range of objectives, wherein the ATI will develop value-added services in the blockchain field, digital economy, and digitization of paperwork.

The Universa platform will reportedly develop additional applications and services and integrate them into new technological platforms and initiatives such as e-certification and the digital economy. The two parties will also build joint projects in the field of blockchain as a service (BaaS), which includes digital currency, digital identity, as well as smart cities and e-governance.

Earlier in December, Saudi Arabian developmental institution the Islamic Development Bank Group (IsDB) partnered with a Tunisian startup iFinTech Solutions to develop interbank blockchain tools. The impetus behind using blockchain for the initiative lies in the relative disadvantage Islamic banks have on the worldwide stage, with institutions restricted from funding options provided by international central banks.

In October, experts with ties to the World Bank Group presented options for using blockchain in e-government procurement. “Though the implementation of e-GP [business-to-government] systems has contributed to enhanced efficiency and transparency in Government Procurement, there is potential for further advancement of the existing systems,” the document reads.