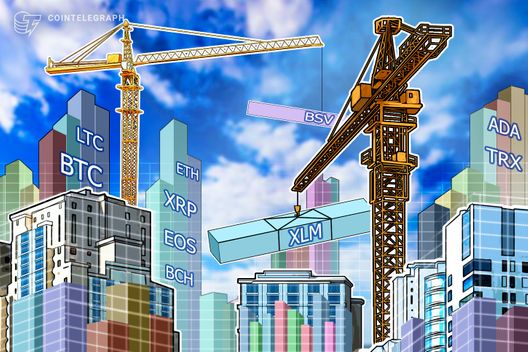 Many crypto projects are still receiving funding even as the crypto market ends the year lower than some experts predicted.

Making correct predictions is a difficult skill, even more so when it comes to cryptocurrencies. Many analysts were caught on the wrong foot with their overly bullish projections for 2018.

One of the most popular analysts, co-founder of Fundstrat Global Advisors, Tom Lee, has said that in a note to clients he “will cease to provide any timeframes for the realization of fair value.”

However, another popular crypto name, Galaxy Digital’s Mike Novogratz, believes that the current short rallies might lead up to a bigger one later. The crypto investment bank is pinning its hopes on the upcoming launches of Fidelity’s crypto custodial and trading services, as well as that of the digital assets trading platform Bakkt, to attract institutional investors.

On the other hand, United States bank JPMorgan Chase has said that the involvement of the institutional investors in the market was dwindling.

After the massive bear market, one would expect cryptocurrencies to take a back seat to fiat money. However, in a recent survey by the United Kingdom’s central bank — conducted on Twitter — about 70 percent of the respondents favored receiving gifts in cryptocurrencies over cash, bank transfer or gift voucher.

Various crypto projects continue to receive funding, which shows that investors are still interested in this space. But what should the traders do, after the recent upswing? Let’s find out.

Even after the sharp pullback from the lows, the long-term trend in Bitcoin is down. The bears are attempting to stall the recovery at $4,255.

The 20-day EMA is changing direction, and the RSI has risen into the positive territory. This suggests that the buyers are back. Nevertheless, the real test that will confirm a bottom is the next down move.

If the bulls hold the 20-day EMA at $3,787.33, it will indicate that the market participants are willing to buy on dips. After a higher low, a higher high will confirm that the downtrend is over and the trend in the BTC/USD pair has changed.

Investors can hold on to their positions. Traders can book partial profits close to $4,500 and trail the stops higher on the rest.

The pullback in Ripple has been facing selling pressure close to the overhead resistance of $0.4 for the past two days. We have been expecting a minor correction or a consolidation at this level and that is what has happened.

If the price turns down from the current levels, it can find support at the 20-day EMA. Both moving averages have flattened out, which points to a probable consolidation in the short-term.

However, if the bulls break out of $0.4, the XRP/USD pair can reach the resistance line of the descending channel. Traders can book partial profits at this level because we anticipate a major hurdle in the $0.5–$0.62 zone.

The 20-day EMA is gradually turning up, and the RSI has climbed above the 50 level. This gives us confidence that the short-term trend has changed in favor of the bulls. However, the long-term trend is still down as the 50-day SMA continues to slope down.

After a long downtrend, we expect the ETH/USD pair to form a basing pattern before starting a new uptrend. On the downside, any dip will find buyers at $100 and below that at $83. Our bullish view will be invalidated if the price plunges below the Dec. 7 low.

Bitcoin Cash has a history of sharp rallies and it was once again validated when it rallied more than 225 percent from a low of $73.5 on Dec. 15 to an intraday high of $239 today. Therefore, we had recommended traders to keep partial positions open to benefit from such a spike in our previous analysis.

After the scintillating rally from the lows, the 20-day EMA has started to turn up and the RSI is also close to the overbought levels. Notwithstanding, we expect a number of short-term traders to book profits.

Therefore, traders who are still holding long positions from lower levels can trail their positions with very tight stops. On the downside, the BCH/USD pair will find support at the 20-day EMA.

Stellar has been a huge underperformer in the current pullback. It has not even convincingly broken out of the 20-day EMA.

On the other hand, if the pair sustains above $0.13427050, it can move up to the next resistance at $0.184. However, we couldn’t find any reliable buy setups at the current levels, hence, we remain neutral on the coin.

EOS has been facing resistance close to the 38.2 percent Fibonacci retracement of $3.0510 for the past two days.

A break out of this level can result in a move to $3.5147, which is the 50 percent retracement level of the recent fall. The 50-day SMA is also close to this level, so we anticipate it to act as a stiff resistance.

Conversely, if the EOS/USD pair turns down from the current levels, it can find some support at the 20-day EMA and below it at $2.1733. The flattening 20-day EMA and the RSI in the neutral zone suggest a consolidation in the near-term.

We had expected Litecoin to reach $36.428, but the bears are attempting to stall the pullback at $33.946. After the recent recovery, the 20-day EMA has turned flat, but the 50-day SMA continues to trend down. The RSI has climbed into neutral territory. This suggests consolidation for a few days.

While the resistance of the range is likely to be at $36.428, the 20-day SMA is likely to act as a support on the downside.

A break below $28 will increase the probability of a fall to $23.1. If this level breaks, the LTC/USD pair will resume the downtrend. Traders who have bought at lower levels should raise the stops higher to protect their paper profits.

Bitcoin SV has moved to the top of the trading range and has reached our first target objective of $123.98. Though the momentum is strong, traders can book partial profits closer to this resistance and trail the stops on the remaining position.

Our bullish view will be invalidated if the bears fail to sustain above $123.98. In such a case, the digital currency can remain range bound for a few days.

With the current pullback, the RSI has risen from deeply oversold levels to the overbought zone. The 20-day EMA has started to turn up, and the 50-day SMA has flattened out, which shows that the bulls are back in command.

Now, any retracement from the current levels will find support at the moving averages and below them at $0.01339050. Traders who have booked profits on their positions should wait for the next dip to enter new long positions in the TRX/USD pair.

Cardano is facing resistance in the zone between $0.045516 and the 50-day SMA. Therefore, traders who went long at lower levels should book more than 50 percent of profits in this zone.

The 20-day EMA is gradually turning up while the 50-day SMA is still sloping down. The RSI is in the positive territory. This suggests that the short-term trend has changed. The next leg down might find support at the 20-day EMA and below that at $0.033065. A break above the 50-day SMA can reach $0.060105, which will act as a significant resistance.

After a long downtrend, we expect the ADA/USD pair to form a basing formation before starting a new sustained uptrend. Until then, traders should aim to take quick profits, instead of waiting for a home run.