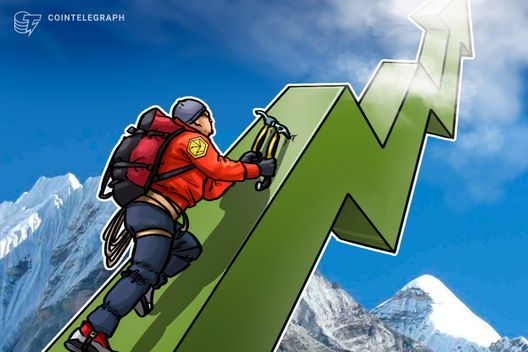 All of the top 20 cryptocurrencies are in the green, with Bitcoin’s price going above $4,000 again.

Sunday, Dec. 23 — all of the top 20 cryptocurrencies are seeing moderate gains, with Bitcoin’s (BTC) price going above $4,000 again, according to CoinMarketCap data. 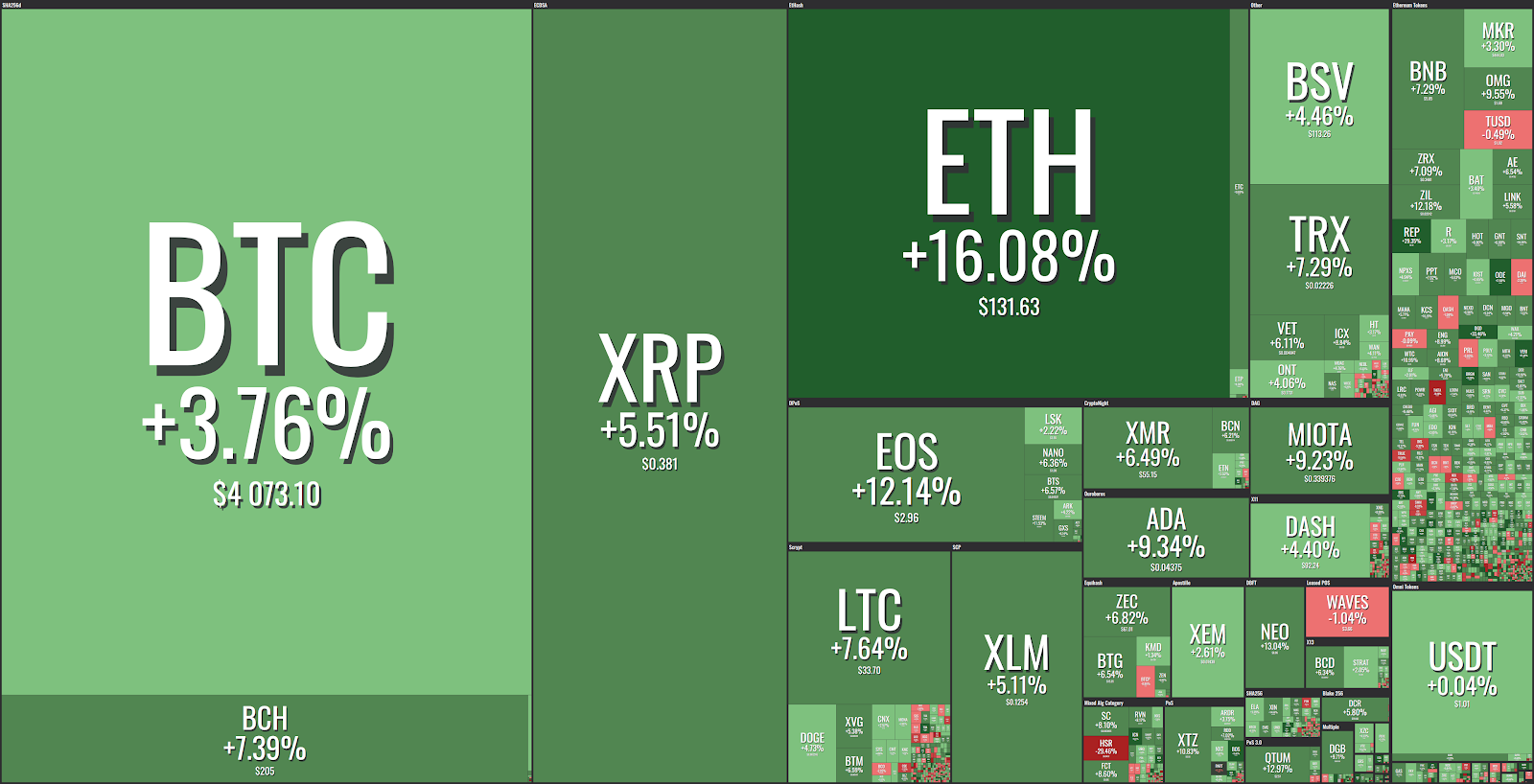 At press time, Bitcoin is up nearly four percent on the day, trading at $4,050. Looking at its weekly chart, the current price is lower than the Friday’s high of almost $4,200; but the cryptocurrency is still trading significantly up from $3,294 — the point at which it started this week.

Ripple (XRP) — the second largest cryptocurrency by market capitalization — has gained over five percent on the day, trading at $0.374 as of press time.

Ethereum (ETH) remains the third largest cryptocurrency by market cap, seeing a 15 percent value increase over the last 24 hours. At press time, ETH is trading at $128, having started the day at $111 and hitting an intra-day high of $133.

On the weekly chart, the current price is notably higher than $87, which was the value of ETH on Monday.

Among the top 20 cryptocurrencies, some are reporting more significant growth rates. Namely, NEO has gained 12 percent, and EOS is also up nearly 12 percent. Cardano (ADA), Litecoin (LTC), IOTA and Ethereum Classic (ETC) are all up almost 10 percent.

The combined market capitalization of all cryptocurrencies has surged to over $135 billion at press time. This places the current market cap near its weekly high of over $137 billion, after having started the week at just $104 billion.

As Cointelegraph reported recently, co-founder of Ethereum, Joseph Lubin, declared on Twitter that he is “calling the cryptobottom of 2018.” He further added that from his perspective “the future looks very bright.”