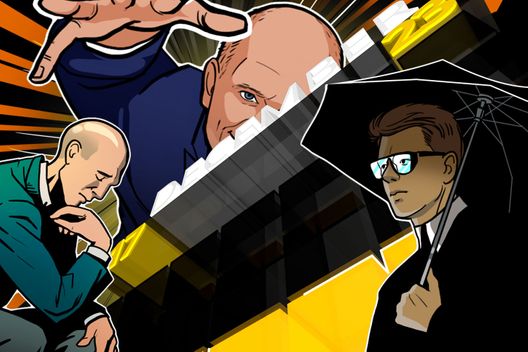 Blockstream launches a fifth BTC blockchain satellite into space, and a report accuses many exchanges of wash trading.

Blockstream, a blockchain development firm, expanded its satellite service this week with a fifth leased satellite broadcasting the Bitcoin (BTC) blockchain to all of Earth’s major land masses. This new satellite brings potential internet-free BTC transactions and information sharing to crypto users throughout the Asia Pacific region, adding to its beta satellite coverage around Africa, Europe, and South and North America. Blocksteam’s BTC space initiative aims to allow crypto users to access the Bitcoin network without access to the internet.

A report released by the Blockchain Transparency Institute (BTI) claims that more than 80 percent of the top 25 Bitcoin trading pairs listed on CoinMarketCap (CMC) are based upon “grossly” inflated false volumes. The report, which was reportedly compiled by using algorithms to analyze volume data points and order books, found that most the pairs’ actual trading volume is “under 1% of their reported volume of CMC.” BTI points out Binance, Bitfinex, and Liquid as having the closest reported volume to trading volume.

Wong Ching-kit, a local crypto enthusiast and purported Bitcoin millionaire, has reportedly been arrested after allegedly “making it rain cash” on a street in one of Hong Kong’s poorest neighborhoods. Ching-Kit, who is described as an entrepreneur who owns the Epoch Cryptocurrency website, posted a video on Epoch’s Facebook page asking “does anyone believe that money can fall from the sky?” before dropping 100 Hong Kong dollar bills off of a roof. The police have reportedly claimed around $767 after arresting Ching-Kit for “disorderly conduct in a public place.”

The Wall Street Journal published an article this week suggesting that investors should sell and then repurchase their Bitcoin as a strategic move to save on taxes. Since the United States tax authority, the Internal Revenue Service (IRS), treats crypto as investment property, crypto investors can potentially save on taxes due to a “quirk” in the law that exempts crypto from so-called “wash sale” rules, which “prohibit capital-loss deductions when investors purchase a security such as a stock within 30 days of selling a loser.”

Sources Say Facebook Is Developing a Cryptocurrency for Use in Whatsapp

Major social media giant Facebook is reportedly making a cryptocurrency for those using the messaging service WhatsApp, Bloomberg reported this week. According to unnamed sources, Facebook’s token will be used for money transfer made within the app, with the aim to cover the remittances market in India. The unnamed sources also told Bloomberg that the stablecoin won’t be released very soon, as Facebook is still working on a strategy for custody assets i.e. the asset to which the stablecoin will be tied. These reported rumors come after Facebook has both introduced and partially rolled back a crypto ad ban. 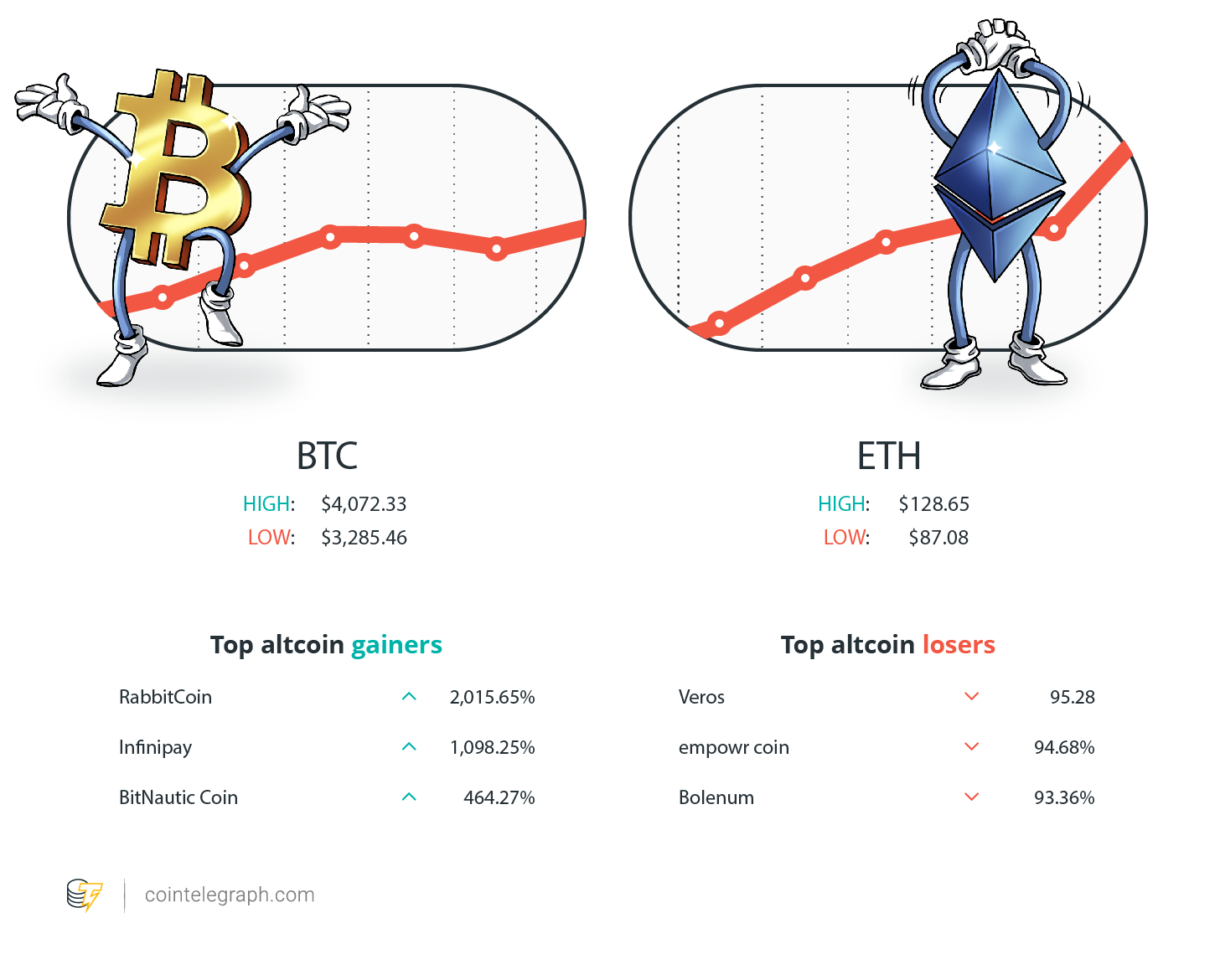 “Bitcoin is dead, it’s too fragmented, there’s tons of infighting I just don’t think it will last. It may have a bull market or two left in it, but long-term, its dead,” — Erik Finman, teenage crypto millionaire 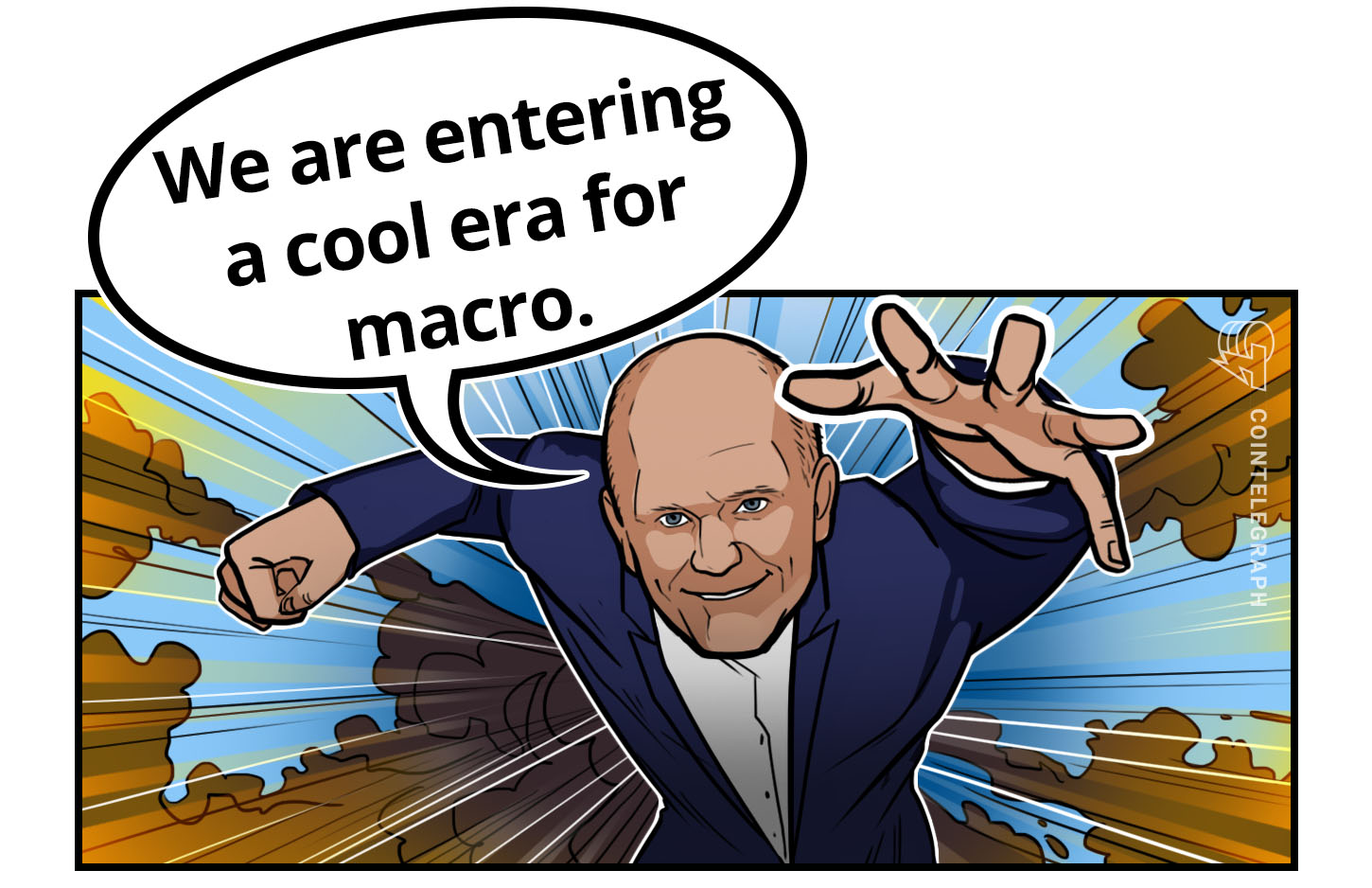 “We are entering a cool era for macro. Crypto is less exciting now versus macro. Macro got quite boring for many years, and crypto was really exciting,” — Mike Novogratz, founder of Galaxy Digital

“When we look back 24 or even 12 months from now, we’re going to say, ‘why didn’t I buy then?’” — Spencer Bogart, partner at venture capital firm Blockchain Capital

“I think cryptocurrencies may become one more option of currency or assets around the globe to be exchanged between people and businesses. If that happens, we would be ready to launch,” — Odilon Almeida, the president of Western Union Global Money Transfer

“2018 was a “correction year” for crypto currencies, but “none of our plans changed, we are still pushing forward very aggressively,” — Binance CEO and co-founder Changpeng Zhao. 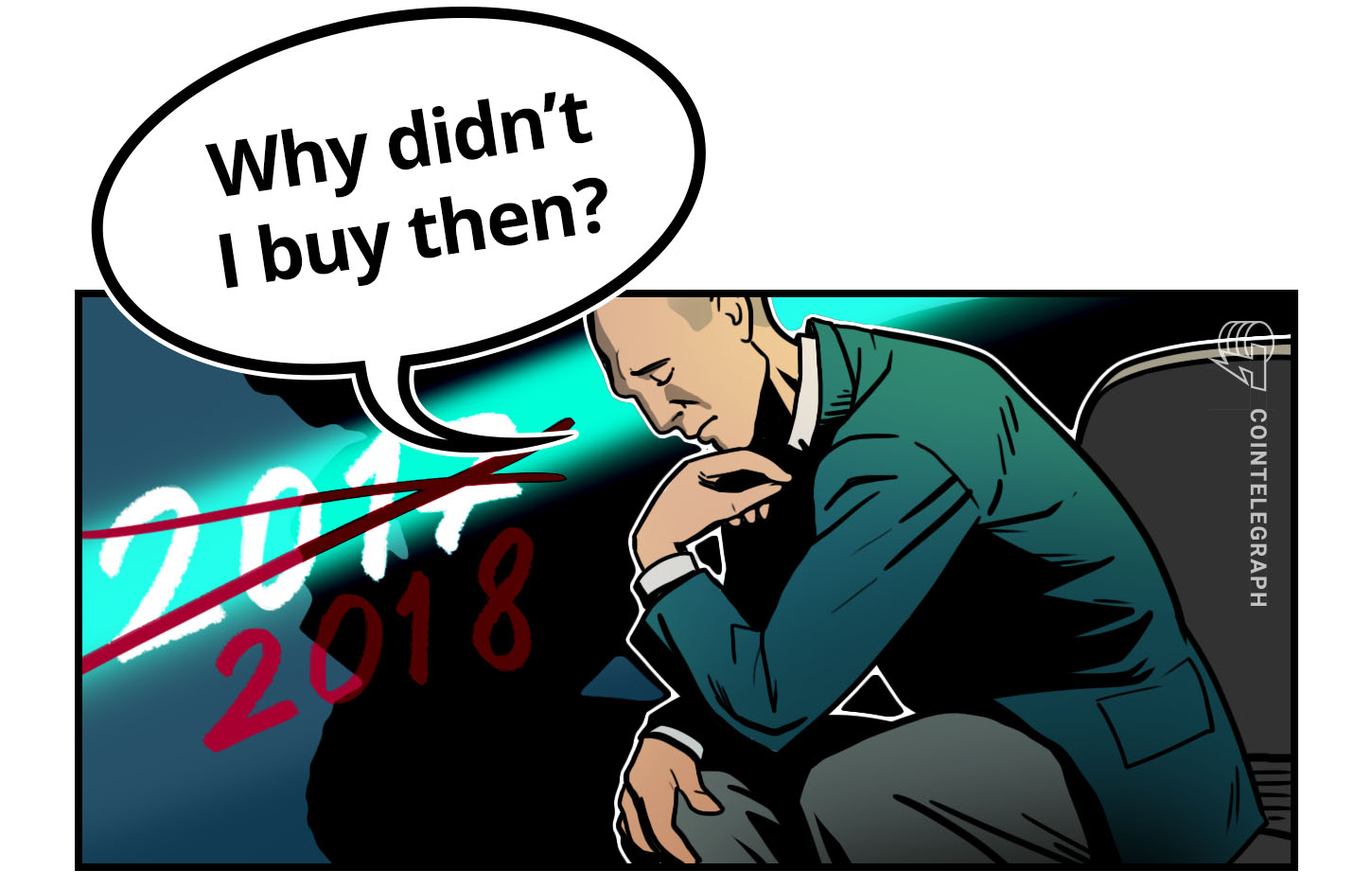 Joseph Lubin, co-founder of major cryptocurrency Ethereum (ETH), declared this week on Twitter that he is “calling the cryptobottom of 2018.” Lubin noted that a crypto market’s bottom has an “epic amount of fear, uncertainty, and doubt,” which is attributed to industry media and social commentators. Lubin also addressed the rumors that the blockchain-focused software firm ConsenSys is about to experience layoffs, noting that the entity is “healthy” and continuing a balancing of its priorities.“The sky is not falling. From my perspective the future looks very bright. […] Peaking [sic] into 2019, if you could see the landscape through my eyes, you’d have to wear shades.”

The Hong Kong Stock Exchange (HKEX) is reportedly reluctant to allow BTC mining manufacturer Bitmain to conduct an initial public offering (IPO) in the city, according to unnamed sources. When asked about the matter, a spokesperson for the HKEX said that the news reported about the purported IPO “rumors,” nothing that they do not comment on rumors. According to the unnamed sources, the HKEX believes that it is “premature for any cryptocurrency trading platform – or business associated with the industry – to raise funds through an IPO in Hong Kong before the proper regulatory framework is in place.”

Upbit, South Korea’s largest cryptocurrency exchange, denied accusations levered this week after the country’s regulators indicted three of its staff for allegedly participating in order book manipulation. The exchange is accused of falsely inflating its volume figures on three occasions between October 2017 and December 2018, and the three employees have been indicted, but not detained, as part of the investigation. The exchange formally rejected the findings, describing them as “totally false.”

ConsenSys, a blockchain software technology company, is reportedly set to make significant cuts to its staff. An unnamed source told the Verge this week that ConsenSys will stop backing some of its previously supported startups, and that the total number of employees to be laid off could be anywhere between 50 and 60 percent of ConsenSys’ 1,200 person workforce. The company’s ConsenSys Labs is also being reorganized, according to the source, and will act more as a traditional investor as opposed to an incubator.

Pro-Bitcoin Official in the White House: What We Know About Trump’s New Chief Of Staff

In another White House shake-up, Donald Trump has appointed a seemingly pro-Bitcoin chief of staff, Mick Mulvaney. But how much of a crypto enthusiast is Mulvaney? Cointelegraph explores Mulvaney’s relationship with crypto, beginning with a crypto educational event back in 2014.

Crypto Assets to Be Regulated Differently in the US, Potential Impact on Industry

Two U.S. congressmen made a potentially huge step for crypto this week with the introduction of a bipartisan bill entitled “Token Taxonomy Act,” which would exclude crypto assets and digital tokens from being recognized as securities. Cointelegraph looks into what would happen in the crypto space in the event that the bill is passed.

This article was compiled with help from Helen Partz.