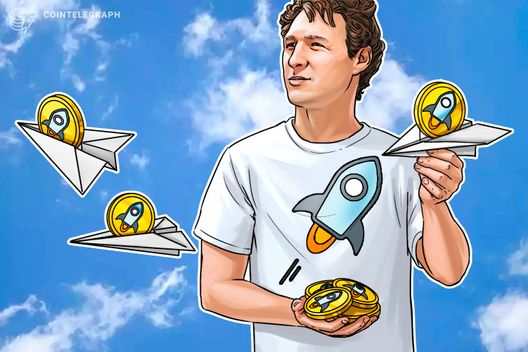 In a frank interview with mainstream media, Stellar CTO Jed McCaleb appeared skeptical of any cryptocurrency beyond Bitcoin, Ethereum or Stellar.

Most financial institutions will not use Bitcoin (BTC), payment network Stellar’s co-founder and CTO Jed McCaleb stated in an interview with Yahoo Finance Dec. 31.

Speaking to the online news outlet, McCaleb — who is also known as one of the founding fathers of defunct Japanese Bitcoin exchange Mt. Gox, as well as the co-founder of Ripple — made an argument in favor of the use of permissionless, open blockchains in finance. He told reporters bluntly:

“It doesn’t need to be the bitcoin blockchain, but if it’s not a public chain, then you’re missing the point.”

McCaleb also levelled criticism at cryptocurrency projects that were not Bitcoin, Ethereum or his own Stellar.

“Ninety percent of these projects are B.S. I’m looking forward to that changing,” he said when asked about the outlook for the cryptocurrency industry in 2019, continuing:

“Things like Tron, it’s just garbage. But people dump tons of money into it, these things that just do not technically work.”

Billed as an alternative token development platform to Ethereum, TRON (TRX) has upped its publicity efforts this year, with CEO Justin Sun regularly lambasting the Ethereum network over its alleged shortcomings.

Celebrations of TRON accruing its one millionth user account this month were likewise met with skepticism.

For McCaleb, however, no single cryptocurrency network or associated token forms an all-encompassing solution — including Stellar and its in-house coin, Lumens (XLM).

“And none of them can do all the things well. That’s just not how software works.”

Going forward, McCaleb was bullish, rejecting the idea that 2018 represented a bear market in crypto and instead describing it as “calming down.”

Stellar partnered with cryptocurrency wallet provider Blockchain.com last month to expand the circulation and uptake of XLM with a massive $125 million airdrop to users.