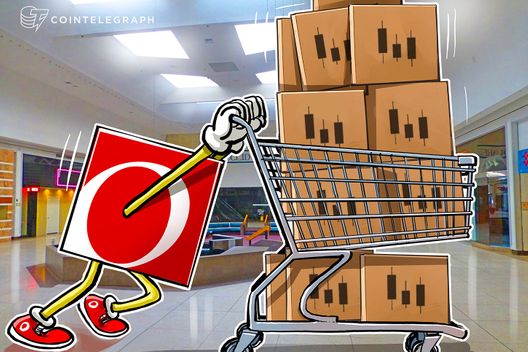 United States retailer Overstock.com has announced it will pay part of its business taxes in the state of Ohio using Bitcoin (BTC), according to an announcement on its website Jan. 3.

The company’s CEO and founder Patrick Byrne — a longtime crypto enthusiast — said in the announcement that governmental adoption of cryptocurrencies and other emerging technologies, accompanied by friendly legislation, is “the best way to ensure the U.S. does not lose our place at the forefront of the ever-advancing global economy.”

As Cointelegraph previously reported, Ohio became the first U.S. state to accept Bitcoin as a payment method for taxes in November. The service is currently available only for businesses, with reported plans to extend the option to individual filers in future.

Ohio State Treasurer Josh Mandel told Cointelegraph that the state could go beyond Bitcoin and start accepting other cryptocurrencies in an interview following the news.

In a recent interview with business magazine Fortune, Mandel reiterated this stance, also revealing that Ohio plans to introduce crypto payments for all taxpayers by 2020.

Back in 2014, Overstock became the first major company to accept Bitcoin following a partnership with crypto exchange Coinbase.

Most recently, Byrne announced he would sell the retail arm of Overstock to focus on blockchain by February 2019. Prior to that, the entrepreneur had already sold 10 percent of his shares — totalling more than $20 million — to invest them in Overstock’s blockchain-focused subsidiary, Medici Ventures.