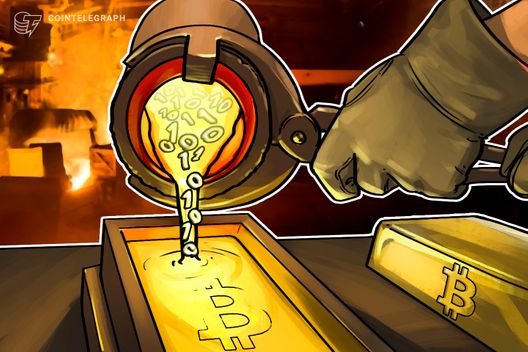 Cryptocurrency pioneer Nick Szabo has argued that central banks could soon turn to cryptocurrencies to shore up their reserves, Finance Magnates reports Jan. 9.

Szabo is a veteran cryptographer, having developed the concept of “BitGold” — a never-implemented, pre-Bitcoin (BTC) privacy-focused digital currency back in 1998. He is also the first to have conceptualized smart contracts, in 1996 — well ahead of their industry-wide traction —  and remains a leading thinker in the crypto sphere.

In remarks following his presentation at the Israel Bitcoin Summit at Tel Aviv University on Tuesday, Szabo proposed that in 2019 — in a context of mounting global geopolitical uncertainty — cryptocurrencies may increasingly be viewed as a sound alternative to existing central bank reserve denominations, arguing:

Central bank reserves — which may be holdings of national or foreign fiat currencies, or other international reserve assets, such as special drawing rights (SDR), government bonds or corporate equities — are an integral bulwark of the existing financial system, and are used to back liabilities, provide a mainstay against economic risk, and to influence monetary policy.

Szabo isolated physical gold in particular as vulnerable, citing the historical precedent of the Nazis’ looting of Europe’s gold reserves, beginning with Austria’s in 1938.

In further remarks, Szabo predicted that crypto adoption would rise in countries where economic mismanagement has precipitated ruinous national currency devaluation and/or inflation, as well as in politically ostracized states bowed by the pressure of international sanctions.

Turning to the current state of technological development in the crypto sector, Szabo forecast that 2019 will usher in increased adoption of second layer solutions such as Lightning Network.

According to Cointelegraph’s correspondent at the scene, Szabo’s comments were precipitated by a divisive opening speech from Avi Simhon, head of Israel’s National Economic Council and senior economic policy advisor to the country’s prime minister.

As reported Tuesday, the economist had opened the Israel Bitcoin Summit by denouncing Bitcoin as intrinsically inefficient, predicting the cryptocurrency’s disappearance.