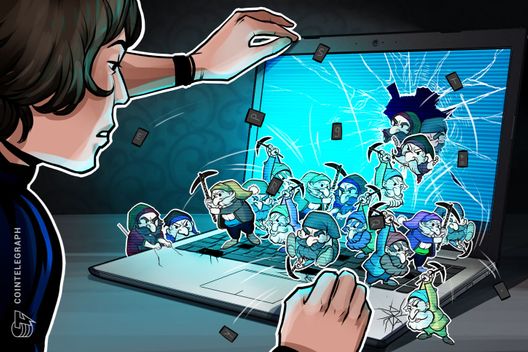 Previous estimates had put the mining malware figure at around 5 percent, but authors of the latest study claim their calculations are more reliable.

A joint effort by researchers at King’s College London and Carlos III University in Madrid, Spain, the study analyzed huge swathes of malware over a twelve-year period.

According to their calculations, Monero, which continues to be a favorite target for malicious mining operations, has an illicit supply of around 4.36 percent — or roughly $56 million in profits.

The figure is somewhat less than the roughly 5 percent mentioned as an estimate in previous research from June 2018.

Nonetheless, Pastrana and Suarez-Tangil say their numbers broadly correspond to existing theories about the extent of Monero’s mining malware problem.

“One of the main reasons of the success of this criminal business is its relatively low cost and high return of investment,” they concluded.

“…Our profit analysis is more reliable than those in related studies. Our findings complement these studies, corroborating that malicious crypto-mining is a growing and complex threat that requires effective countermeasures and intervention approaches.”

As Cointelegraph previously reported, the privacy-focused traits of XMR mean it is the asset of choice for covert mining. Bad actors inject code into websites, apps and extensions which when activated begins using a victim’s device to mine the altcoin.

In October, Google announced tighter restrictions on extensions in its Chrome Web Store as part of efforts to combat the issue.