The number of crypto ATMs installed worldwide has surged past the 4,000 mark, despite persistently bearish market action.

The current rate of growth is 4.9 new ATMs installed each day, according to Coin ATM Radar’s gauge scale — tipping into the highest speed class, despite persistently bearish market action. 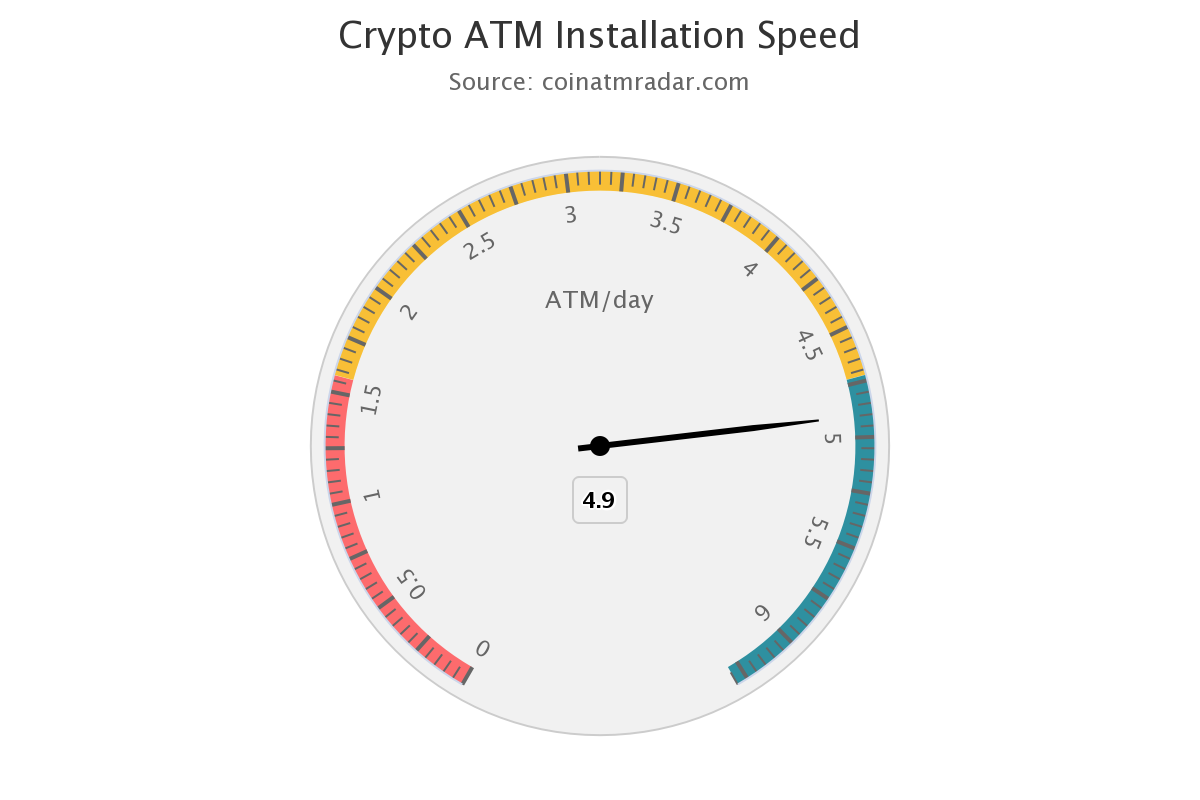 Within Asia, Hong Kong has the lion’s share of ATMs — accounting for 0.8 percent of machines worldwide — while in Europe it is Austria (6.4 percent), closely followed by the United Kingdom (4.8 percent).

Conspicuously absent from Coin ATM Radar’s global statistics is India. As reported last November, the developers of the country’s first Bitcoin “ATM” were arrested in the city of Bangalore under criminal charges due to its “ATM” label, as the machine was not strictly an ATM but a device that aimed to allow crypto users to circumvent banking channels.

The arrests came after the Reserve Bank of India (RBI)’s spring 2018 prohibition on banks’ dealings with crypto-related firms.

Earlier this month, Cointelegraph reported that Bitcoin ATM manufacturer Lamassu has relocated to Switzerland, due to regulatory difficulties in other countries. Lamassu revealed its applications to open an account were rejected by 15 banks because it produces terminals for Bitcoin, even though the company does not partake in trading or storing cryptocurrencies.