Most of the top 20 cryptocurrencies are reporting moderate to slight losses, with Bitcoin hovering over $3,650.

Saturday, Jan. 12 — most of the top 20 cryptocurrencies are reporting moderate to slight losses, while some are reporting up to double-digit gains. Bitcoin’s (BTC) price is still hovering over $3,650, according to Coin360 data. 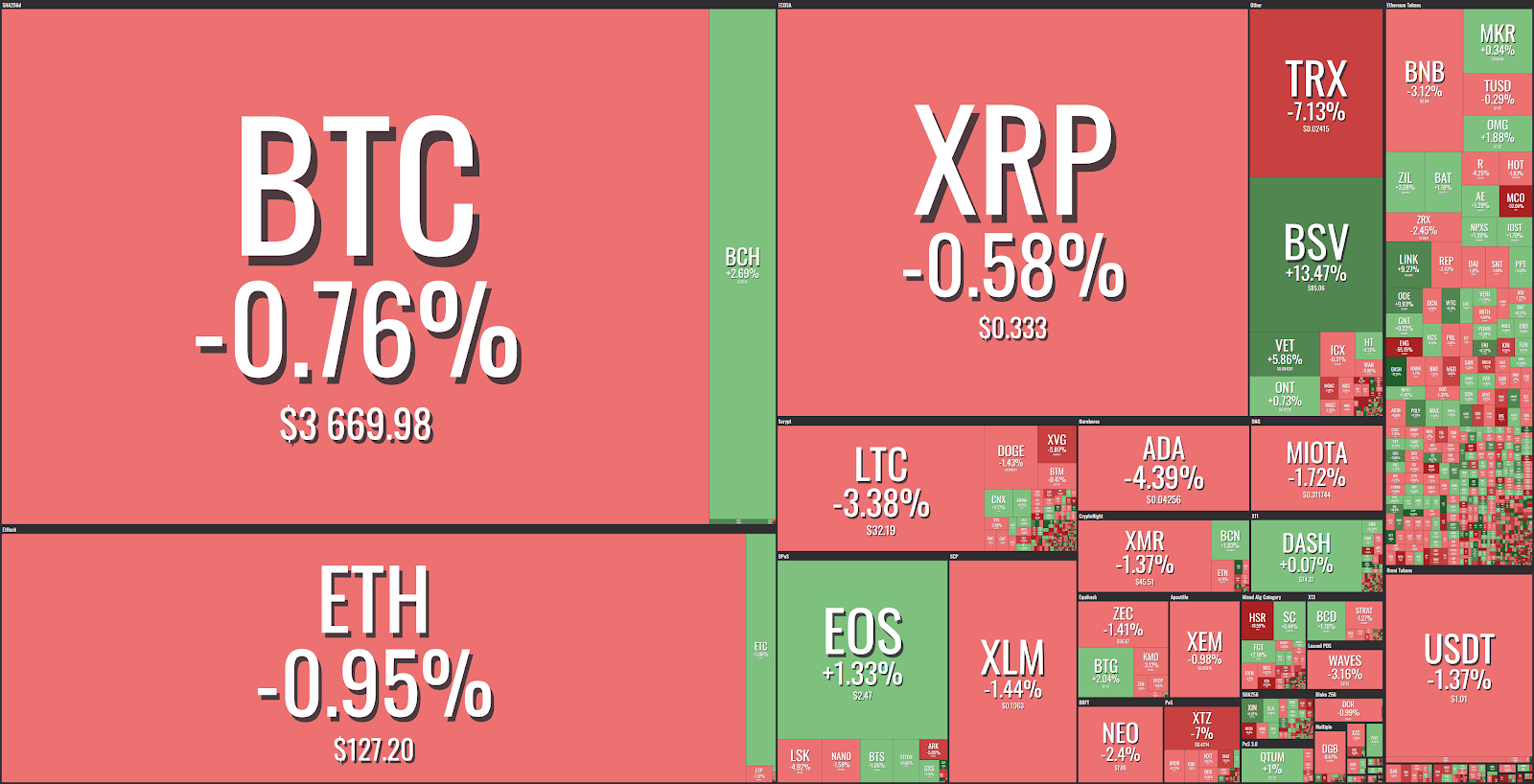 At press time, Bitcoin is down under 1 percent on the day, trading at around $3,665. Looking at its weekly chart, the current price is lower than $3,878, the price of BTC one week ago, and $4,108, the mid-week high reported on Tuesday.

Ethereum (ETH) has seen its value decrease by over 1 percent over the last 24 hours. At press time, ETH is trading at around $126, having started the day around $127. On the weekly chart, Ethereum’s current value is significantly lower than $157, the price at which the coin started the week.

Among the top 20 cryptocurrencies, the ones experiencing the most notable price action are Bitcoin SV, which is up over 12 percent, and Bitcoin Cash (BCH) and Ethereum Classic, which are up around 2 and 1 percent respectively.

The combined market capitalization of all cryptocurrencies — currently equivalent to about $122.2 billion — is lower than $133 billion, the value it reported one week ago. The current value is also substantially lower than the intra-week high of $138.6 billion reached on Jan 10.

As Cointelegraph recently reported, the number of active Bitcoin wallets, many of which have long been dormant, has seen an uptick that could herald some major market movements.

The state legislature of the American state of Wyoming has reportedly passed two new house bills this week that aim to foster a regulatory environment conducive to cryptocurrency and blockchain innovation.