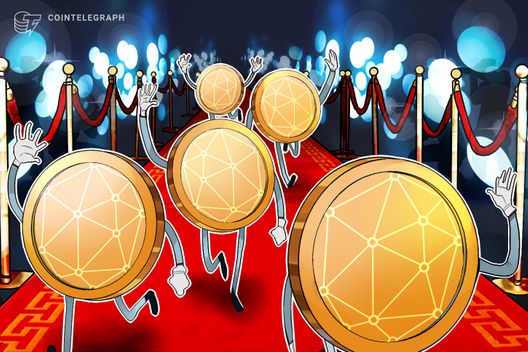 Tyler and Cameron Winklevoss have said stablecoins and tokenized securities will usher in a bright future for the digital currency space.

Tyler and Cameron Winklevoss, Bitcoin (BTC) bulls and founders of the cryptocurrency trading platform Gemini, have said stablecoins and tokenized securities will usher in a bright future for the digital currency space. The twins made their remarks during an interview on Fortune’s crypto-focused news segment The Ledger on Jan 14.

The twins’ air time comes as part of a push for coverage of their recent ad campaign, which has sparked some controversy in crypto circles over its attempt to remold crypto’s image with an emphasis on robust regulation and compliance-driven market practices.

Cameron Winklevoss steered the conversation beyond regulatory matters and onto what he said Gemini considers to be an important new development for digital assets: stablecoins and tokenized securities.

Noting that much of the twins’ focus and work to date has been on virtual commodities such as Bitcoin, he said that a compelling new use for crypto will be virtual security tokens backed by real assets:

“The ICO mania of 2017 — we view that as the Pets.com of the securities token world. They were unregistered and it was crazy town for about six months there. I think the next wave will see the real innovation, and the really interesting assets that become tokenized — like real estate, like buildings that are currently not traded in a really liquid fashion. So that’s exciting.”

Tyler pitched in to point out that United States dollar-pegged stablecoins — which are designed to experience less price volatility than non-fiat collateralized crypto assets — could notably be used to issue dividends in a prospective tokenized securities sector. Cameron further noted that with at least 60 percent of $100 bills now held overseas, dollars on the blockchain are poised to significantly reshape the global currency market.

The twins made the argument that less volatile crypto assets are better suited for use in retail payments than coins such as Bitcoin —  making an ironic reference to the pizza that was famously bought with 50,000 BTC back in 2010 — a takeout that would today have cost around $35.8 million, given Bitcoin’s value at press time.

Bitcoin is better thought of as a superior and digital form of gold, they argued, with Cameron quipping that “the only thing gold has over bitcoin is a 3,000 year head start.”

As reported, stablecoins have been gaining increasing traction with crypto and blockchain industry figures, with Jeremy Allaire, co-founder & CEO of Circle, envisioning them as an integral component of an emerging tokenized global economy at MoneyConf in Dublin last year.