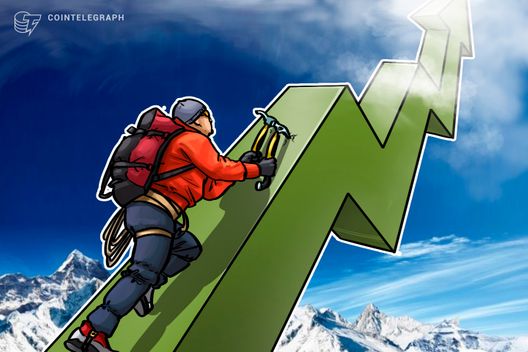 All the top 20 cryptocurrencies are seeing slight to moderate gains, with Bitcoin approaching the $3,700 mark again.

Tuesday, Jan. 15 — all the top 20 cryptocurrencies are seeing slight to moderate gains in the 24 hours to press time. Bitcoin’s (BTC) price has approached $3,700 again, according to Coin360 data. 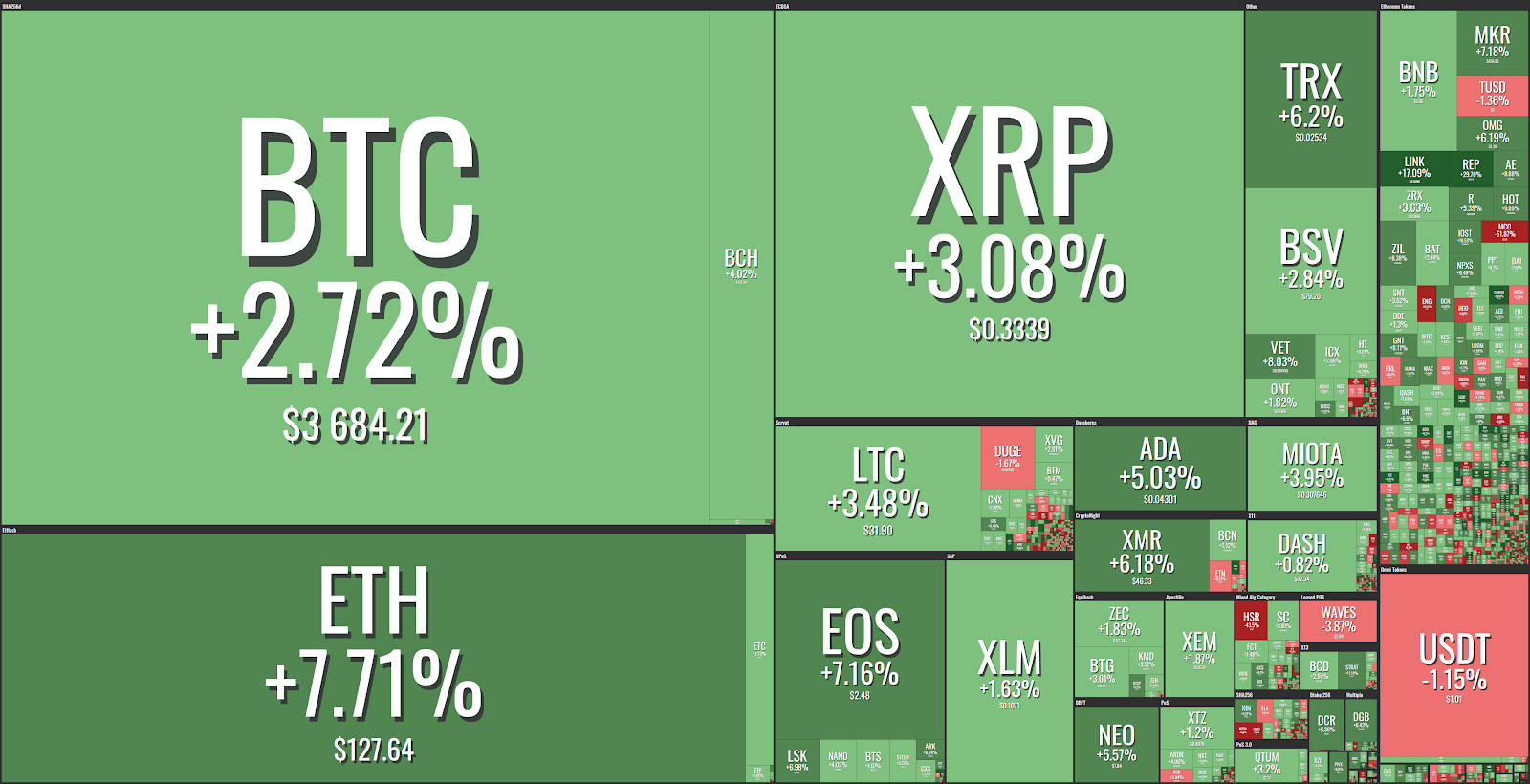 At press time, Bitcoin is up nearly 3 percent on the day, trading at around $3,680. Looking at its weekly chart, the current price is lower than $4,060, where Bitcoin started the week.

Ripple (XRP) is up just under 3 percent on the day, trading at around $0.33 at press time. On the weekly chart, the current price is lower than $0.36, the price at which XRP started the week — and notably lower than $0.38, the midweek high reported on Jan. 10.

Ethereum (ETH) has seen its value increase by nearly 8 percent over the last 24 hours. At press time, ETH is trading at almost $128, having started the day around $118. On the weekly chart, Ethereum’s current value is significantly lower than $152, the price at which the coin started the week.

Among the top 20 cryptocurrencies, the ones experiencing the most notable growth on the day are Ethereum, EOS (EOS), Tron (TRX), Cardano (ADA) and Maker (MKR), which are all seeing 5-13 percent growth on the day.

The combined market capitalization of all cryptocurrencies — currently equivalent to about $122.8 billion — is lower than $136.6 billion, the value it reported one week ago.