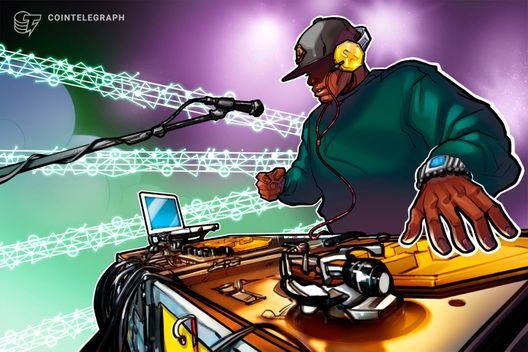 Blockchain and Bitcoin mining manufacturer Bitfury announced the launch of a dedicated venture to open source the music industry in a blog post on Jan. 16.

“The Surround platform will enable the entire music entertainment industry to streamline operations through secure transfer of copyright assets, streamlined connectivity as well as better monitoring and management systems.

Surround marks Bitfury’s ongoing expansion into various aspects beyond mining. Within the Bitcoin (BTC) ecosystem, meanwhile, this week saw the company bring off-chain payments via the Lightning Network to their first exchange environment via a partnership with Poland’s BTCBIT.

Prior to that, in December 2018, Bitfury revealed plans to launch a blockchain accelerator in Russia in conjunction with global consulting giant PwC.

“The music entertainment industry has evolved into a complex, competitive, technology-driven environment that suffers from a severe lack of transparency,” Valery Vavilov, CEO of Bitfury commented about the Surround project. Vavilov noted:

“We want to champion artists and help incentivize the growth of the entire industry through the creation of this open, blockchain-based ecosystem.”

Blockchain entities have sought to tackle music industry transparency for several years, with ideas such as a blockchain-based streaming service being revealed in 2018.