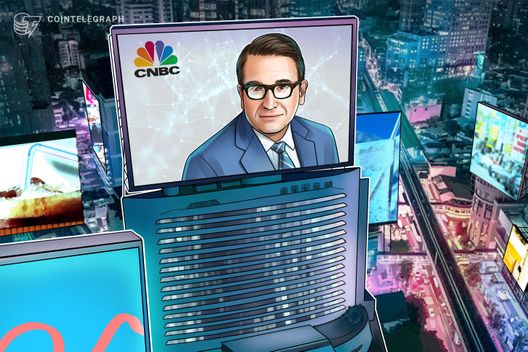 Kelly also predicted that the world will soon see a financial crisis, which will open a window of opportunity for crypto and allow it to become a real alternative to fiat.

Crypto entrepreneur and regular contributor to CNBC, Brian Kelly, claimed that there is no chance for a Bitcoin (BTC) exchange-traded fund (ETF) approval in 2019. Kelly made his remarks in an interview with Cointelegraph at the Crypto Finance Conference, Switzerland, Jan. 18.

Discussing the overall state of the cryptocurrency market, Kelly predicted that 2019 will turn out better than 2018. The analyst argued that “we are somewhere close to the end of [the bear market], but we might have another dip lower, it wouldn’t surprise me at all.” Speaking specifically about what we should expect from 2019, Kelly continued:

“Probably in 2019 the focus will be on currencies — Bitcoin, Litecoin, some of those — because we have quite a bit of geopolitical tension in the world. We are starting to see some global macro players use Bitcoin as alternative to their gold position, or as a way to hedge against fiat currency fluctuations and volatility.”

According to Kelly, 2019 will see Bitcoin become a more accepted asset among mainstream investors.

However, when asked about the likelihood of a Bitcoin ETF receiving government approval this year, Kelly said that there is “no shot” for that.

The approval of a Bitcoin ETF —  an investment fund that would track the value of its underlying asset and trade on stock exchanges — by the United States Securities and Exchange Commission (SEC) is a highly anticipated event that is seen by many as a prerequisite for major institutional investors entering the crypto market.

Over 2018, the SEC has received multiple Bitcoin ETF applications from various players, such as the Winklevoss twins, but is yet to approve any one of them. Expanding on his point of view, Kelly said that the agency is unlikely to change its opinion in the near future, as “there is too much that is unresolved.” According to the analyst, it will take more than a year to settle the existing issues.

Kelly further predicted that in the upcoming years the world will face a new recession, followed by a new financial crisis. However, the nature of the latter will be different from the previous crises, which will purportedly create a window of opportunity for cryptocurrencies and result in making them an actual alternative to fiat money.

As Cointelegraph reported last August, Kelly had previously predicted that the approval of a Bitcoin ETF would not happen earlier than in February 2019. He then affirmed the SEC’s argument that the existing BTC futures market is not mature enough, nevertheless highlighting that it is evolving quickly.