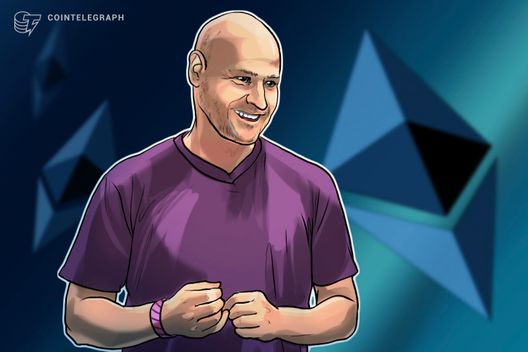 Co-founder of Ethereum and ConsenSys Joe Lubin has joined the board of directors of cryptocurrency exchange ErisX.

Founder of blockchain tech company ConsenSys Joseph Lubin has been appointed to the board of directors of cryptocurrency startup ErisX. The news was revealed in an official press release published Jan. 17.

Cryptocurrency exchange ErisX is a reboot of a futures market Eris Exchange, originally established in 2010. In December 2018, ErisX raised $27.5 million from Fidelity Investments and Nasdaq Ventures.  In 2019, ErisX is expected to being offering both spot trading in Bitcoin (BTC), Ethereum (ETH) and Litecoin (LTC), and futures markets.

According to today’s announcement, Lubin has joined ErisX’s board of directors along with fintech entrepreneur Cris Conde.

The company highlighted Lubin’s expertise and “extensive background working in the digital asset space.” ConsenSys’ CEO further projected that “2019 is likely to be a breakthrough year for digital assets.”

Cris Conde, prior to joining ErisX, was a co-founder of software company Devon Systems, which in 1987 was acquired by SunGard, a provider of software for the financial industry. Under the leadership of Conde, SunGard reportedly became one of the few software and services firms to make the Fortune 500 list.

In October, retail brokerage firm TD Ameritrade, along with investing company DRW Holdings and high-speed trader Virtu Financial announced their backing of ErisX. The parties reportedly agreed to become market makers for ErisX, which is expected to ensure a deep order book for the exchange.