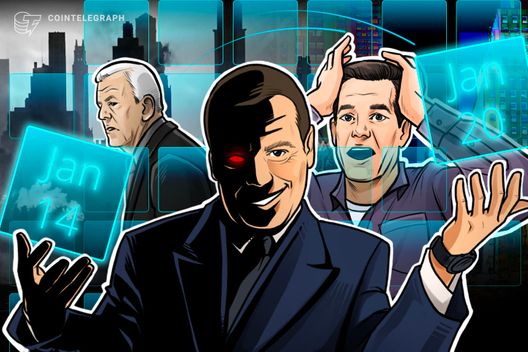 Bakkt has announced their first acquisition, and a New Zealand crypto exchange has been hacked.

Ethereum’s (ETH) Constantinople hard fork has been delayed until late February after smart contract audit firm ChainSecurity found a security vulnerability allowing a reentrancy attack. The security bug found would potentially let an attacker steal crypto from a smart contract on the network while requesting funds from it repeatedly while feeding it false data. In the aftermath of the discovery, Ethereum developers said that the activation would instead take place at block number 7,280.000, which is expected to be mined on Feb. 27, 2019, instead of in January. Before the bug was found, an Ethereum developer had said that the hard fork would be the least eventful in the history of Ethereum.

New Zealand digital assets exchange Cryptopia reported that a major hack had resulted in significant losses this week. In response, the New Zealand police have released a statement that they are investigating the reportedly major hack, that involved an unconfirmed amount of around $3.6 million. According to the police, the exchange is cooperating with the investigation, and they are still in the process of ascertaining the process of events. In the wake of the reported hack, a lawsuit has been relaunched involving traders who claim they lost funds held on the exchange over a year ago. 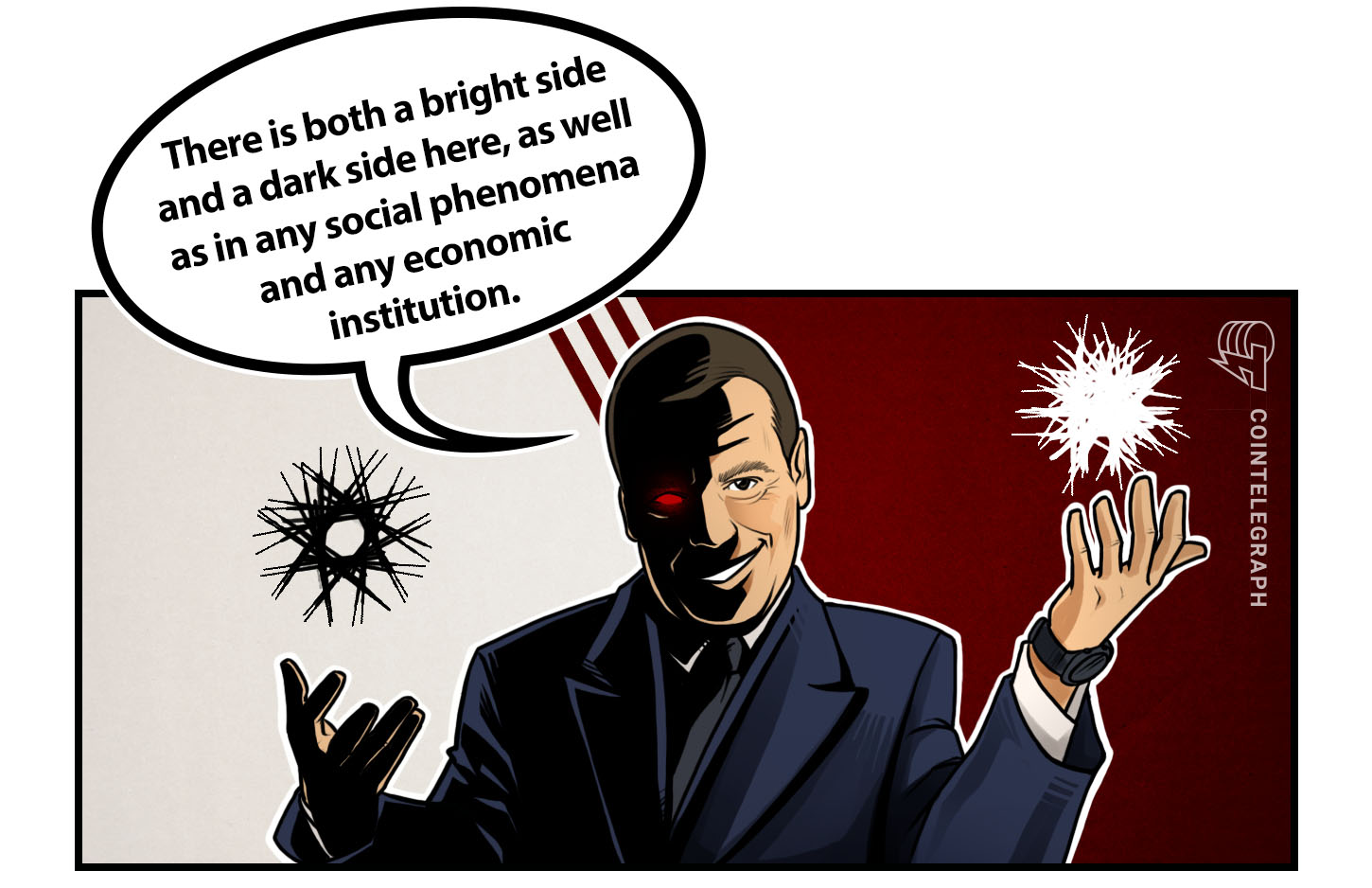 Bakkt, the digital assets platform that is backed by the operator of the New York Stock Exchange (NYSE), announced an acquisition this week of some assets in futures commission merchant Rosenthal Collins Group (RCG). According to a Medium post, Bakkt CEO Kelly Loeffler noted that this move is part of Bakkt’s plans to continue operations while awaiting regulatory approval by the United States Commodity Futures Trading Commission (CFTC) for the launch of regulated trading in crypto markets. Bakkt had previously announced a target launch date of the end of January, but the platform is still waiting on approval amid the United States’ ongoing government shutdown.

A bill introduced in the U.S. state of Wyoming this week is meant to define clarify the definition of cryptocurrency. According to the legislation, crypto assets will be placed in one of three categories: digital consumer assets, digital securities and virtual currencies. In the draft, banks will also be authorized to provide digital asset custodial services, and serve as qualified custodians in accordance with regulations put in place by the U.S. Securities and Exchanges Commission (SEC). The bill also grants virtual currencies the same treatment as fiat.

A group of researchers from American universities announced this week that they are launching a globally scalable and decentralized payments network, with a cryptocurrency dubbed “Unit-e.” The development of the crypto is being funded by Distributed Technologies Research, a Swiss non-profit, with researchers from the Massachusetts Institute of Technology (MIT), Stanford University and the University of California, Berkeley, among others. The researchers have reportedly received funding from blockchain investment fund Pantera Capital. 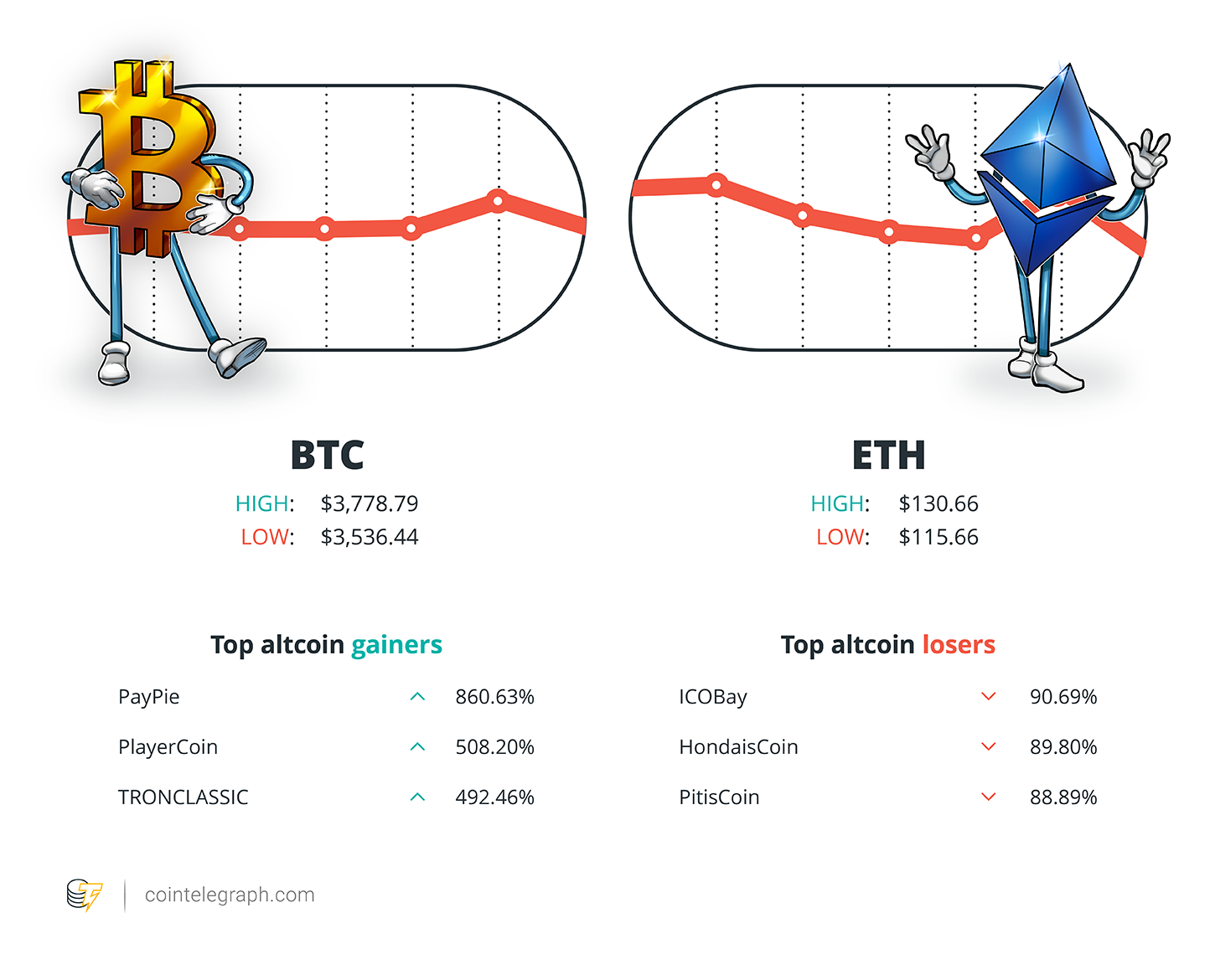 “[Volatility] is not a reason to bury them [cryptocurrencies]. There is both a bright side and a dark side here, as well as in any social phenomena and any economic institution. We should monitor carefully what is going on in the space”— Dmitry Medvedev, prime minister of Russia

“This has hampered innovation and left many American businesses in regulatory limbo, particularly with respect to whether or not their tokens are classified as securities,” — George Nethercutt, former Republican Representative speaking on the perceived slowness of regulators 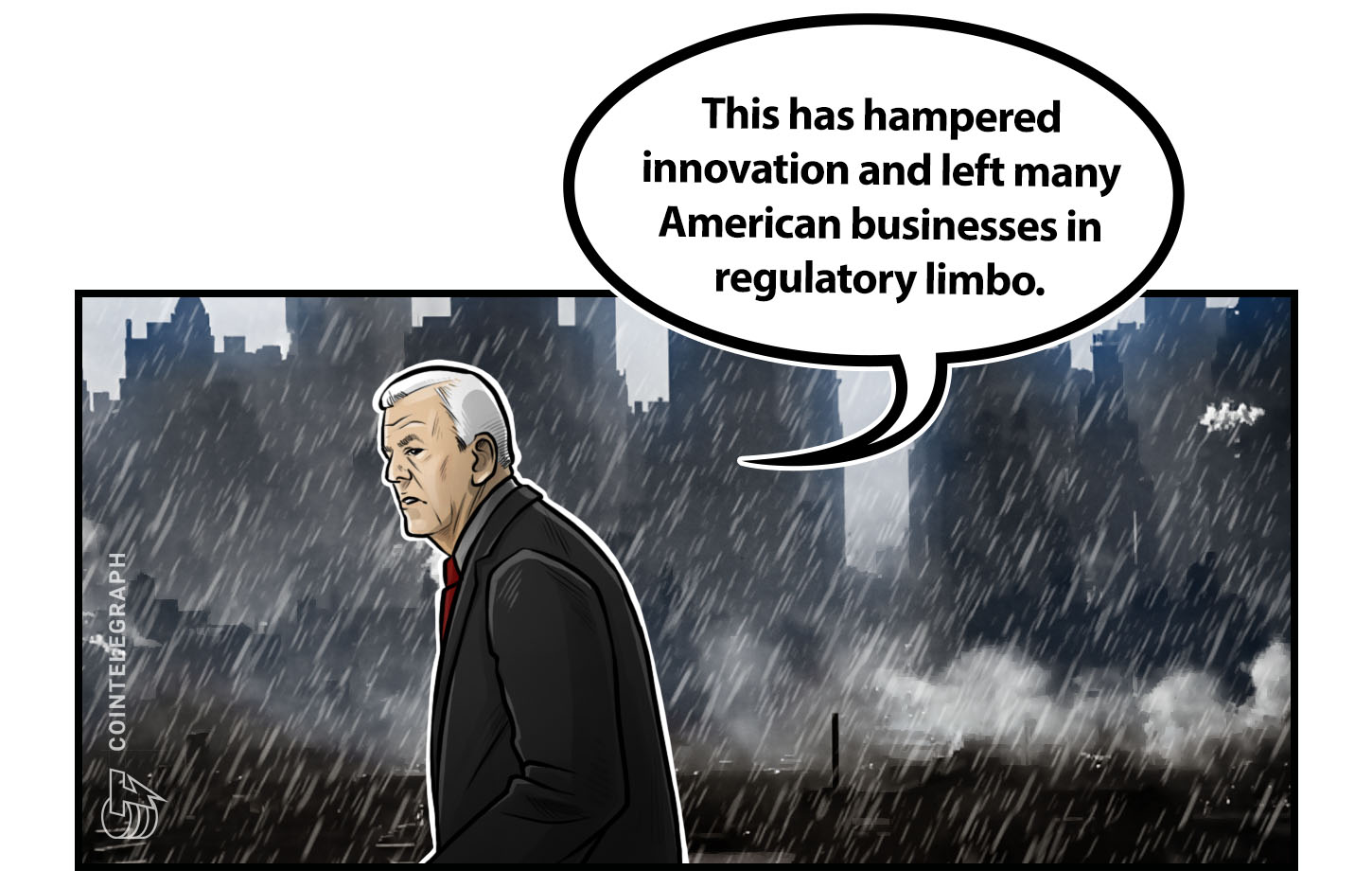 “The ICO mania of 2017 — we view that as the Pets.com of the securities token world. They were unregistered and it was crazy town for about six months there. I think the next wave will see the real innovation, and the really interesting assets that become tokenized — like real estate, like buildings that are currently not traded in a really liquid fashion. So that’s exciting,” — Cameron Winklevoss, co-founder of cryptocurrency trading platform Gemini

“It’s a gamble. You’re not going to get the same returns as you would if you had gotten in on it early because it became mainstream and everybody know [sic] about Bitcoin now,” Soulja Boy, rapper, speaking about cryptocurrency trading

Brian Kelly, a crypto analyst that regularly contributes to CNBC, said this week in an interview with Cointelegraph that there is no real chance for a Bitcoin exchange-traded fund (ETF) to be approved in 2019. When speaking about the crypto market in general, Kelly did say that 2019 will end up better than 2018 as he believes that the bear market is almost over. However, even though Kelly believes that Bitcoin will become a more accepted asset among mainstream investors, he told Cointelegraph that there is “no shot” for government approval for a BTC ETF.

A new type of crypto-related malware that poses as a movie file from torrenting website The Pirate Bay is able to manipulate web pages in order to replace Bitcoin and Ethereum addresses, according to new research. The malware performs multiple actions, both injecting advertising on Google as well as containing malicious code for the address switching in the movie file that purports to be a link for The Girl in the Spider’s Web. According to the research, the malware works when Windows PC owners use the copy+paste function, swapping out crypto wallet addresses for those owned by the hacker. 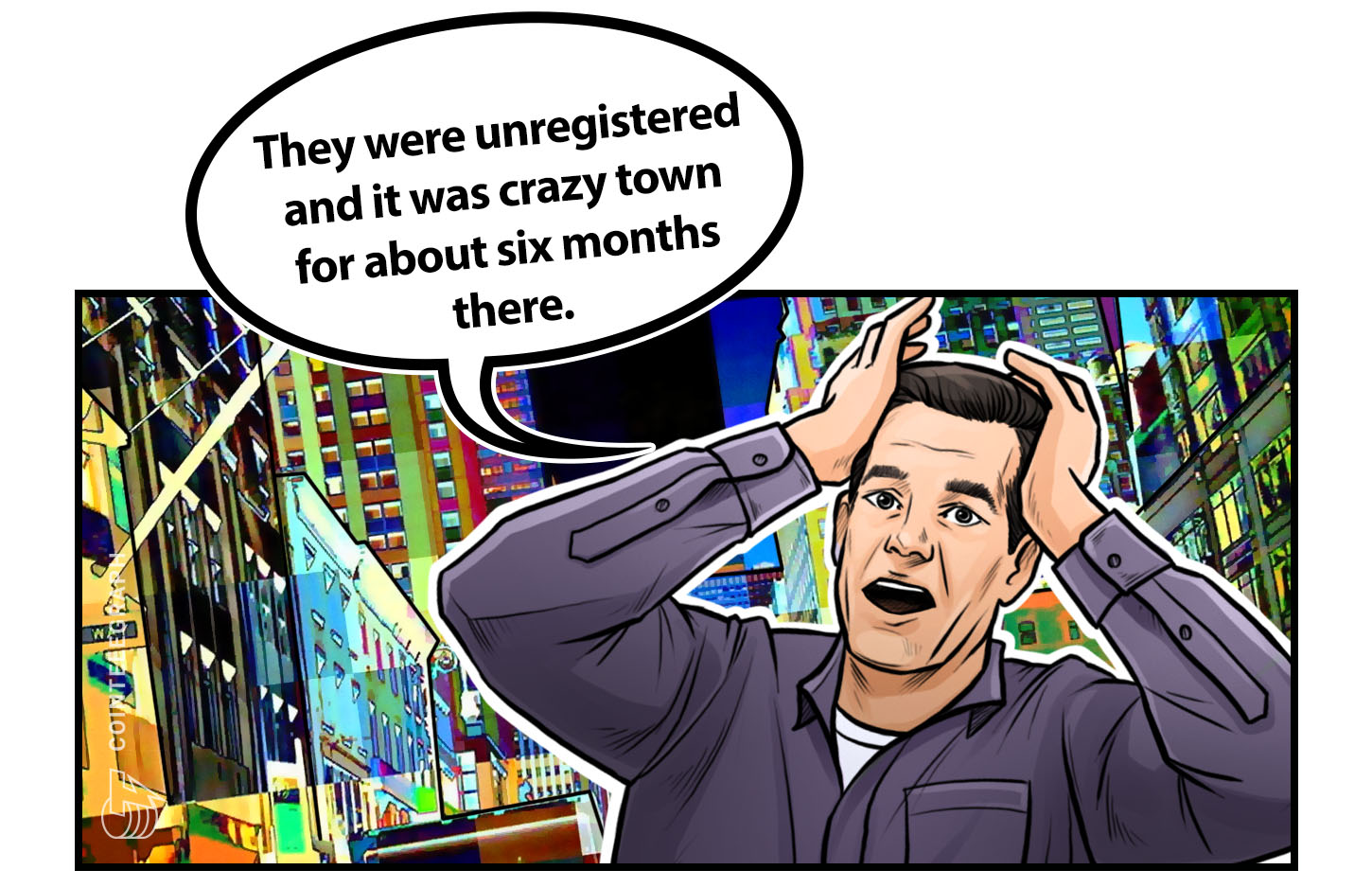 A Monero (XMR) mining malware has be found to contain the ability to disable cloud-based security measures to avoid its detection on Linux servers, according to research conducted by security firm Palo Alto Networks this week. The malware, reportedly a modified version of the one used by the “Rocke” group, checks for other crypto mining processes and adds firewall rules to block any other cryptojacking malware already active. According to the research, the malware also looks for cloud security measures from Tencent and Alibaba, and is able to neutralize them.

Cryptopia Alleged Hack: Police Are on the Case While Community Tracks Down Stolen Funds

In the wake of the reported $3.6 million hack of the New Zealand cryptocurrency exchange, Cointelegraph looks at the history of the incident as well as the public’s reaction. Even after the police have announced their involvement, the crypto community has put forward doubts online about the incident.

After Decenter reported that their Google Ads were being blocked for using “Ethereum” as a keyword, a Cointelegraph follow-up looked into whether the rumors are true. Hint? They are.

After the recent allegations that crypto prediction platform Augur only has about $100,000 at stake on their platform, Cointelegraph looks into the various other problems that can arise on related platforms.