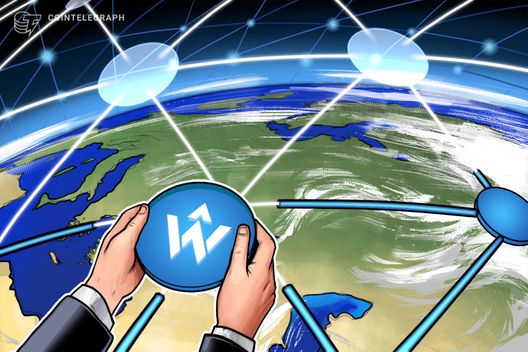 A new blockchain network is focusing on social responsibility — clamping down on fraud, illicit activities and making crypto accessible to millions of people.

For the everyday consumer, cryptocurrencies and blockchain are still shrouded in mystery. User interfaces that are difficult to understand represent a major barrier to entry, with slow transaction speeds frustrating open-minded people who are trying to use the technology for the first time.

An upcoming blockchain network says change is desperately needed if crypto is ever going to reach its full potential and enjoy mass adoption. The World Open Network (WON) plans to offer products and services that are centered on users — with intuitive front-end systems that can be easily understood without any technical know-how.

According to WON, this is not the only hurdle that the industry must address if it has any chance of going mainstream. Continual headlines about massive amounts of crypto being stolen have shaken consumer confidence further. WON also believes that decentralization — a major selling point for many blockchain-driven companies — has enabled illicit activities to take place and “facilitated the trade of dubious products and services.”

A force for good

WON says its goal is to create a global community that encourages “diversity, innovation and sustainable growth” — and move the industry away from a “vicious cycle” where greed dominates.

Its website says: “WON inspires and encourages people to do valuable actions and make decisions which support social responsibility. […] The time has come for the emergence of a real consumer use case and cryptocurrency platform that promotes positive behavior and rewards positive impacts on the world.”

One of WON’s major concerns is the environmental impact that cryptocurrency mining has on the world. More than 47 terawatt hours per year are required for Bitcoin mining. In a recent Cointelegraph article, Alex De Vries, a blockchain specialist who has written research papers about Bitcoin’s growing energy problem, warned that the scale of the resources consumed is not helping the world reach its climate goals.

The platform’s cryptocurrency is also premined, helping to move the emphasis away from miners. Instead of rewarding developers with crypto, WON says it encourages third-party developers to create their own currencies.

WON says it aims to balance accountability and privacy by encrypting the personal data of its users, which will only be disclosed under specific circumstances outlined in its privacy policy, such as when fraud is being investigated or to comply with a nation’s laws and regulations. The company says that activity on its blockchain will enjoy similar levels of anonymity to other blockchains, with a key difference being that the network can identify an account owner if required. The platform stresses that personal data is not going to be used for any other purposes than those outlined in its privacy policy.

WON says that its open blockchain, known as WOB, has the capability to support “millions of transactions per second and millions of DApps.” This is likely to be a breath of fresh air for people who are fed up with congested networks where there are immense delays before transactions are completed.

This is complemented by the WON platform, where third-party developers can create software for the public’s benefit. In the first phase, game developers will be able to launch their own titles in addition to their own “Developer Coin” currencies, which WON calls Genesis. These coins enable players to make purchases within a game and enable developers to collect resources from WON’s platform to increase productivity and incentivization. Top Games Inc., known for producing “Evony: The King’s Return,” will be the first third-party developer to launch a coin — and this will be timed to coincide with the network going live. Additionally, a wallet is going to be made available for consumers on Apple’s App Store and Google Play for Android devices. In some jurisdictions, users will be able to exchange crypto for fiat currencies via WON.

The company has already amassed 50 team members worldwide and has recruited a “top-tier team” based in Silicon Valley.

WON says that its product is ready to use at launch, with digital assets that users can buy, keep and use immediately. Early on, it hopes to attract thousands of long-term holders to help the platform thrive.