Most of the top 20 cryptocurrencies are seeing slight to moderate losses, with Bitcoin hovering over $3,570.

Tuesday, Jan. 22 — most of the top 20 cryptocurrencies are seeing slight to moderate losses on the day to press time. Bitcoin’s (BTC) price is still hovering over $3,550, according to Coin360 data. 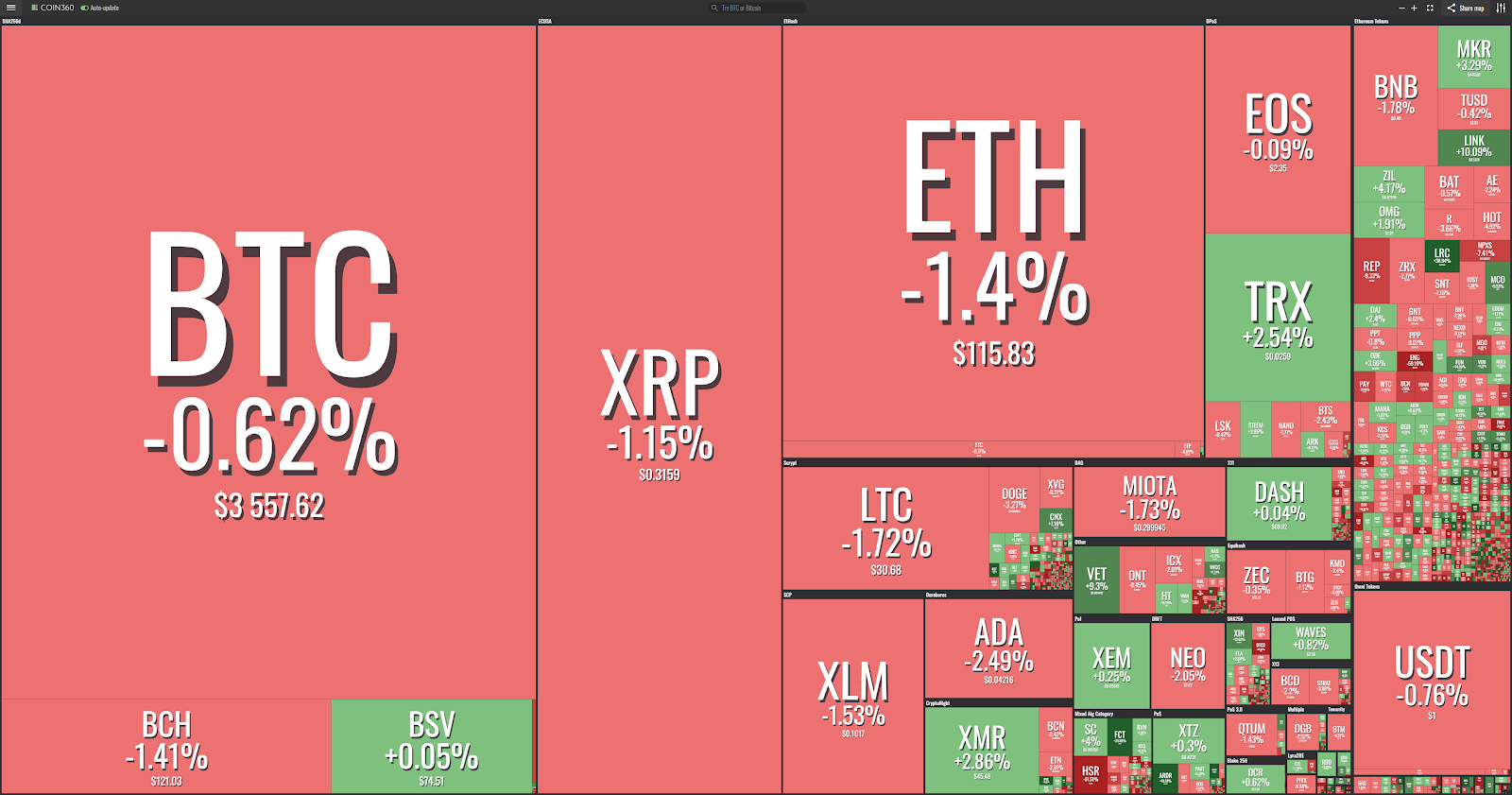 At press time, Bitcoin is down just a fraction of a percent on the day, trading at around $3,580. Looking at its weekly chart, the current price is about $100 lower than $3,682, the price at which Bitcoin started the week.

Second largest altcoin Ethereum (ETH) has seen its value decrease by about half a percent over the last 24 hours. At press time, ETH is trading at $117, having started the day around the same price. The coin dropped sharply today a few hours before press time to as low as $114.

On the weekly chart, Ethereum’s current value is about 8.5 percent lower than $128, the price at which the coin started the week.

Among the top 20 cryptocurrencies, the coin experiencing the most notable price action is Tron (TRX), which is up close to 3 percent on the day.

The combined market capitalization of all cryptocurrencies — currently equivalent to about $119.5 billion — is lower than $122.8 billion, the value it reported one week ago. Total market cap also saw a sharp decline downwards today, dipping to $117 billion, before regaining value in the hours to press time.

As Cointelegraph recently reported, according to research published by by the Bank for International Settlement, Bitcoin’s problems are only solvable by departing from a proof-of-work system.