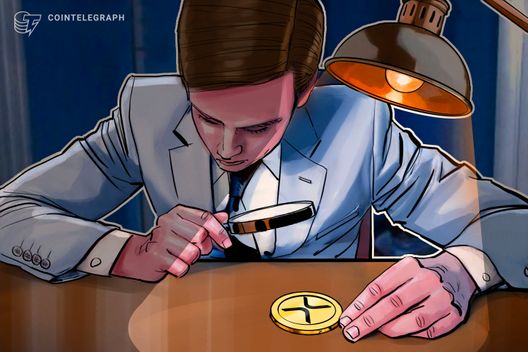 A report from crypto analytics firm Messari states that XRP’s market capitalization could be overvalued by $6 billion.

The market capitalization of distributed ledger tech company Ripple’s XRP token could be overvalued by as much as $6 billion, according to a recent report from crypto analytics firm Messari.

The report states that XRP’s liquid circulating supply could be overestimated by 48 percent, putting the “actual” market cap at $6.9 billion instead of the $13 billion currently reported on CoinMarketCap. Messari states that:

“In addition to the 59 billion XRP held on Ripple’s balance sheet… there could be significant, persistent sell-side pressure in the XRP market depending on the length and structure of selling restrictions placed on Ripple’s market making partners, a Ripple affiliated foundation, and Ripple’s co-founders, all of which appear to have negotiated rate limits for sales based on exchange trading volume of XRP.”

Messari notes that circulating estimates could include illiquid positions such as 5.9 billion XRP that were pledged to the RippleWorks nonprofit foundation by Ripple co-founder Chris Larsen, in addition to 2.5 billion XRP held by RippleWorks, which are reportedly under selling restrictions.

Messari also believes that 4.1 billion XRP that was sold by Ripple’s money services business, XRP II, could be subject to re-selling restrictions.

The report notes that it is impossible to make exact estimates without a disclosure from Ripple, which it had not received by the time of publication. Messari also states that Ripple did not disclose the methodology or reference exchange data that it uses to calculate the XRP trading volume.