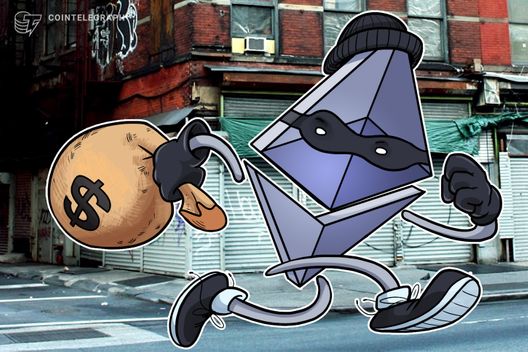 Scammers targeting Ethereum’s blockchain raked in $36 million in 2018, according to a report released by crypto analytics company Chainalysis.

The value of Ethereum (ETH) stolen via scams reached $36 million 2018, according to a report released by crypto analytics company Chainalysis on Jan. 23.

According to the Chainalysis report, scams that occurred last year were reportedly more sophisticated, bigger and vastly more lucrative. Chainalysis also reports that Ethereum has “long been known as the cryptocurrency of choice for scams.”

Chainalysis reports that the value of stolen funds more than doubled in 2018, compared to the $17 million in ETH obtained through scams in 2017. The increase in profits occurred despite the fact that the number of scams declined compared to the previous year. 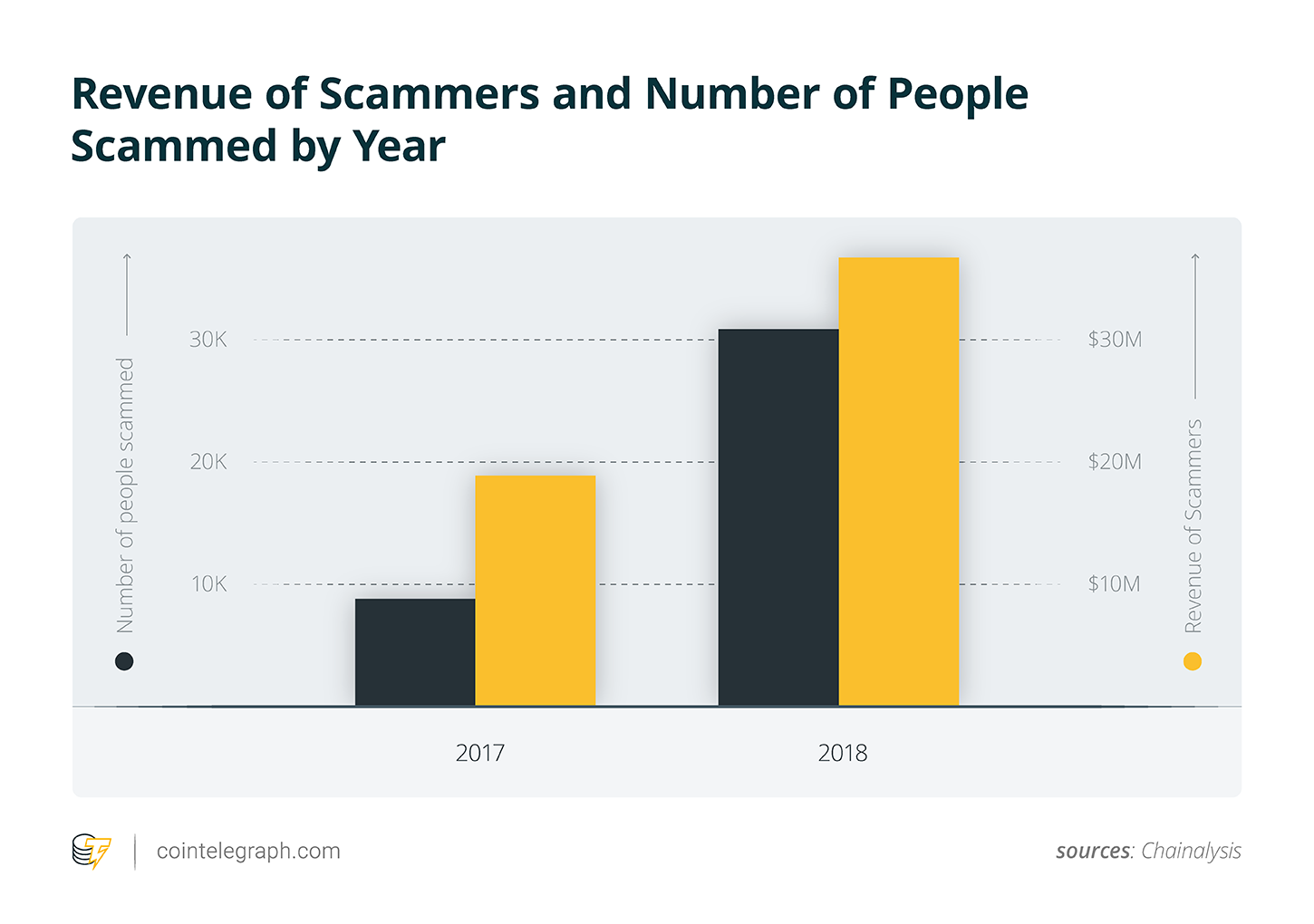 Revenue of ETH-involving scams and number of scam victims per year. Source: Chainalysis

From late 2016 to the end of 2018, the report found that over 2,000 Ethereum scam addresses received funds from almost 40,000 unique users. The report also states that nearly 75 percent of this scam activity happened in 2018 alone.

The most common types scams involving ETH, as Chainalysis reports, are initial coin offering (ICO) “exit scams,” Ponzi schemes and phishing attacks, the last of which accounted for over 88 percent of scam profits in 2017. Infection scams that involved ETH are reportedly less common, making up 3.8 percent of 2017’s scam revenue. 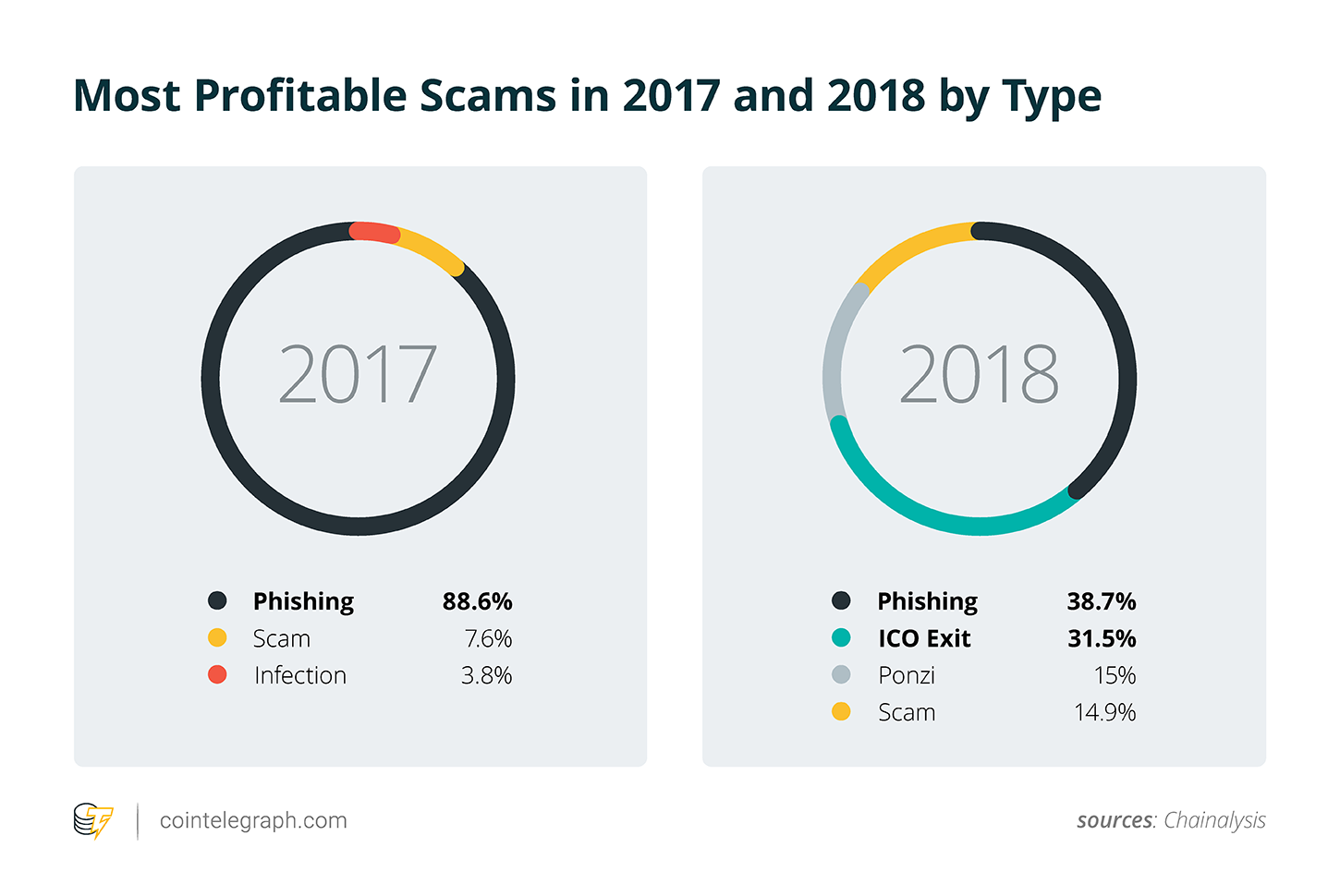 Most profitable scams in 2017 and 2018 by type. Source: Chainalysis

Chainalysis also reports that the median amount of funds sent to an Ethereum scam diminished by about 50 percent when compared to 2017. Still, the report notes, in 2018:

“[a] smaller group of innovative criminals executed more complex Ponzi and ICO exit scams that generated millions of dollars in income. These more sophisticated schemes dominated the second half of the year. ”

As Cointelegraph recently reported, following international police collaboration, a 36-year-old individual suspected of the theft of over $11 million in IOTA was arrested in the United Kingdom. The suspect allegedly used a malicious IOTA seed generator to generate seeds for users that would lead them to use private keys that he controlled.

Also, recently news broke that seven people who had allegedly managed a fraudulent crypto investment scheme have been indicted in Taiwan.